Music x NFTs: Marketplaces and the Artists Charting the Path 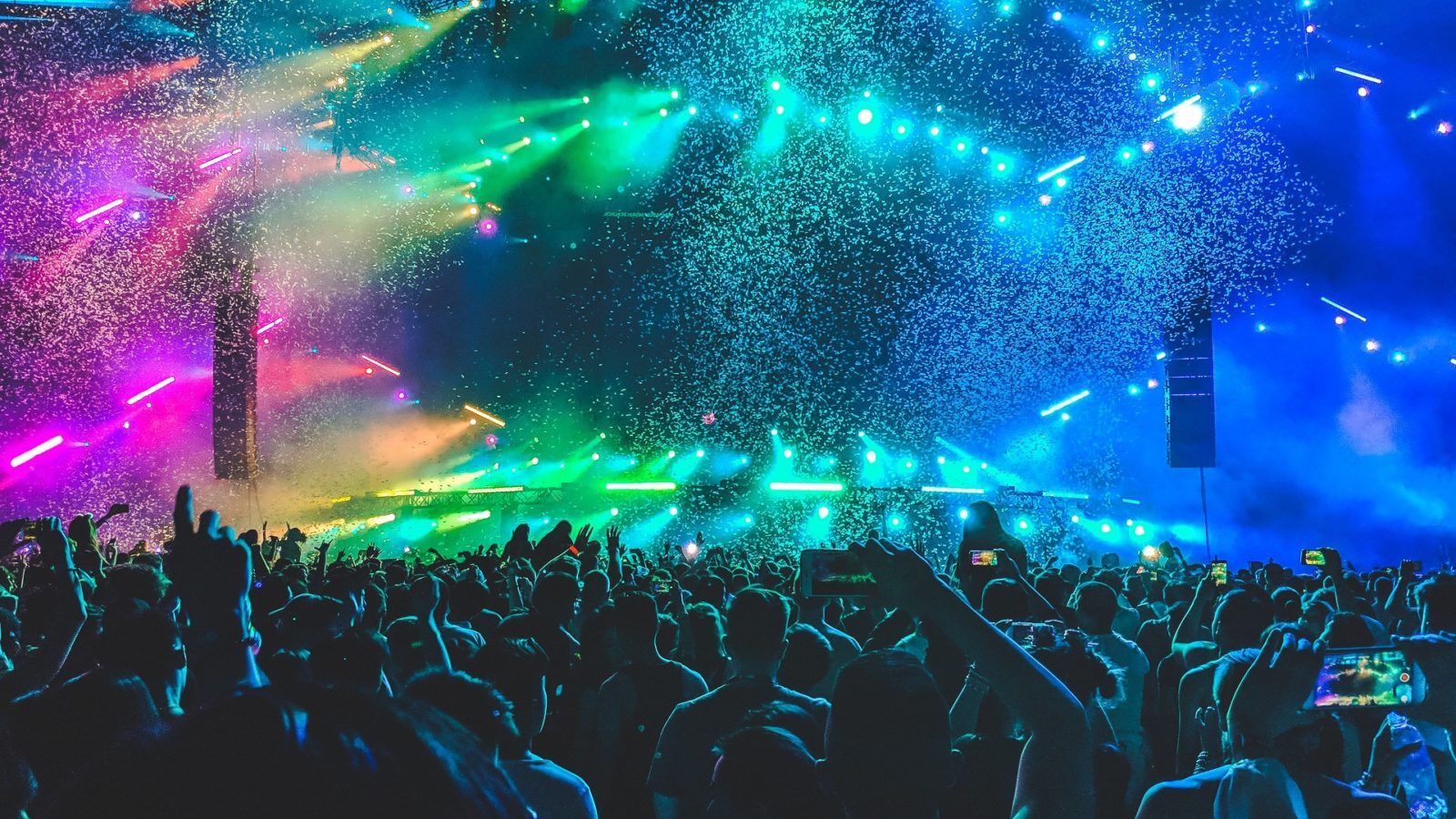 Non-fungible tokens (NFTs) existed long before they started making headlines every other day starting early 2021. The sudden boom in their popularity was credited to a single sale in March last year. A magnificent collage, known as Everydays: the First 5000 Days by American artist Mike Winkelmann, better known as Beeple, was sold at Christie’s auction as an NFT for USD 69 million.

Since then, the deluge of NFT artworks and their demand have grown exponentially. In 2021, NFT sales volume recorded a total of USD 25 billion compared to USD 95 million in the previous year.

In fact, the world’s 10 highest-selling NFT artworks were sold in 2021. Several prominent personalities, including Lionel Messi, Justin Bieber and Snoop Dogg, have launched their own NFT collections. These developments speak volumes about how NFTs have taken centre stage among collectables.

Music x NFTs and their future

Despite emerging early last year, music NFTs, in the form of songs or instrumentals, are yet to become as mainstream as other NFT-based artworks, such as Beeple’s paintings or the Bored Ape Yacht Club (BAYC) characters.

Nevertheless, this form of NFTs is growing, thanks to an increased interest among collectors and the opportunity it gives to non-mainstream musicians to showcase their work and make money from its sales.

Merck Mercuriadis, who formerly managed Elton John, Beyoncé and Guns N’ Roses, said in December 2021 that NFTs are the future of music.

“Someone like Nile Rodgers, whose songs have done incredibly well for 40 years…every six months, (he’ll) get a statement from Sony that’s 10,000-pages long and has billions of microtransactions on it,” Mercuriadis said in an interview at the Reuters Next conference. “In the future, with NFT and blockchain, those billions of transactions will be able to come back to you in real-time.”

Mercuriadis appears to be right. In February 2022, music icon John Legend launched an NFT platform named OurSong with Our Happy Company. OurSong is described as a “social commerce platform” which will help musicians create exclusive digital covers and get access to unique audio clips.

One of the biggest marketplaces for NFTs is OpenSea. Nearly all the biggest collections are traded on the platform, including BAYC and CryptoPunks — two of the world’s most famous NFT as well as expensive collections to date.

Among the other collections on OpenSea is the Lostboy NFT. It is known for a collectible which combines art with music to create unique tokens and trade them on the platform for Wrapped Ether (WETH). There are a total of 10,000 pieces in the Lostboy NFT collection, and it emphasises mental health.

Like many other famous avatar-based NFTs, Lostboy NFT tokens feature a singular mannequin-like character — the titular Lostboy — with hands in his pockets or behind the back. Each NFT has unique characteristics such as shirts, beards and caps.

The tokens listed on Lostboy NFT combine image, animation and music to create an NFT piece, where the music is an original Lostboy song.

The other major market for music NFTs is Nifty Gateway, the same place where Grimes sold her work. According to estimates, it is behind half of all music-based NFT sales.

Gramatik, whose real name is Denis Jašarević, has been one of the most frequent collaborators on Nifty Gateway. The musician has released collections such as CINEMATIK COLLECTION‘ and The G Drops Collection! on the marketplace other than five full-length tokenised songs.

As early as February 2021, musician 3LAU launched his Ultraviolet album as an NFT on the platform. According to Origin Protocol, the album was the first to be sold as an NFT. The Ultraviolet collection, featuring 33 different NFTs, was sold for USD 11.7 million over a period of three days in March.

DJ KSHMR also launched his first NFT collection, the Harmonica Andromeda, on Origin protocol. The collection, named after his debut album, was released in June 2021.

SuperRare has been drawing attention towards music-based NFTs since 2020.

In October 2020, it featured an interview with 3LAU in which the artist spoke at length about music in the form of digital art and how it was changing the landscape for artists.

Today, it is one of the best marketplaces for music-based NFTs. Among the more recent ones is The Winner Is…, a musical work paired with animation, which was released as an interactive NFT by artist @balkanbump.

The description of the work says that it features musical instruments such as trumpet, euphonium, piano, clarinet and percussion.

Before the record-breaking Beeple sale, singer-songwriter Grimes created a buzz in the world of NFTs when a series of 10 pieces by her were sold on Nifty Gateway for USD 6 million.

Among them was a video titled Death of the Old, which fetched the highest price of USD 389,000. The video showed a strange panoply of things, including a cross and a sword, and was set to an original song by Grimes. In a way, Death of the Old was a music-based NFT.

In March 2021, the band Kings of Leon released their album — When You See Yourself — in the form of three types of tokens under a series named NFT Yourself.

According to Rolling Stone, Kings of Leon is the first band to have ever released an album as NFT. The collection was sold for over USD 2 million. The three tokens were: a special album package, an opportunity for fans to get front-row seats for life and an exclusive audiovisual artwork.

In May 2021, Verdigris Ensemble, a Dallas-based choral group, sold their 21-minute-long song Betty’s Notebook on digital art auction blockchain platform Async Art for USD 375,000. The song, which was recorded in January, was the first piece of classical music to have been sold as an NFT.

The same month, BT, who is famous for trance music, sold Genesis.json for USD 212,000. Genesis.json is a software that contains over 15,000 hand-sequenced audio and visual moments. It has been created in such a way that the “piece of software” would play for 24 hours and repeat daily, and it has been designed to continue doing so until the internet exists.

One of the biggest music-based NFT sales happened on 13 December when a rare Whitney Houston demo recording went for USD 999,999. Titled OneOf One, the NFT of the never-heard-before recording, was paired with a digital video of artist Diana Sinclair and was sold on the OneOf NFT marketplace.

The Whitney Houston OneOf One NFT, a never-before-heard demo track from Houston at age 17, SOLD for $999,999! Thank you to all who made this incredible moment in music and NFT history possible! 🙏 @dianaesinclair #BeOneOf #whitneyhouston #NFTnews #WomeninNFTs pic.twitter.com/cmdSuyfOBH

Not just sales, major music companies are increasingly looking into the NFT world with greater enthusiasm. In November, Universal Music joined hands with BAYC to create a virtual band of Bored Apes known as Kingship.

There is also a downside to music-based NFT platforms. Like in all other cases, collectors have to be careful before investing in these NFTs, too.

In February 2022, the Recording Industry Association of America (RIAA) sent a legal letter to HitPiece, a music NFT platform. It was shut down after numerous artists, including Mammoth WVH bandleader Wolf Van Halen, sounded the alarm when the platform tried to sell music NFTs using names of artists and album art without authorisation.