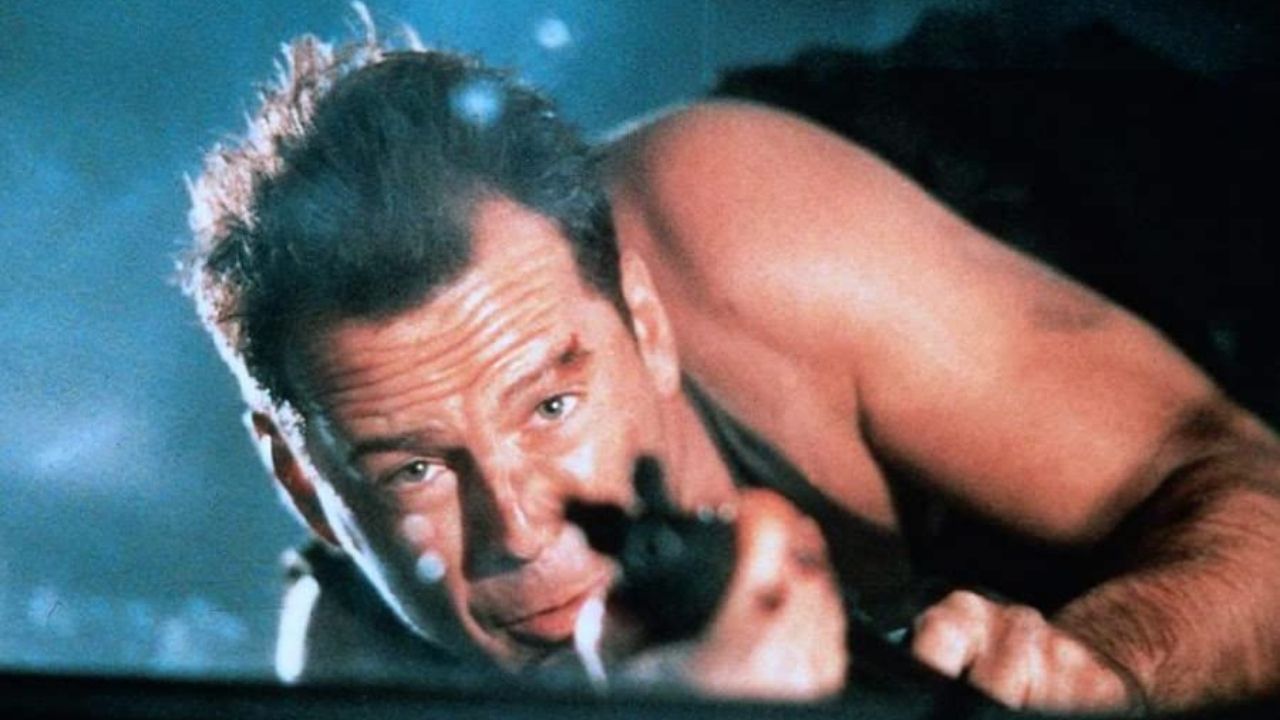 Iconic movie star Bruce Willis’ family revealed in an Instagram post, on 30 March, that he has been diagnosed with aphasia and will be stepping away from his acting career due to his medical condition.

Aphasia is a neurodegenerative disease, which, according to the Mayo Clinic, is a condition that affects the patient’s ability to communicate and can be caused by a stroke, head injury, a brain tumour or disease.

Having said that, in light of the heartbreaking news, we can’t help but look back at his career-defining cinematic moments.

Undoubtedly among Bruce Willis’ ultimate must-watch movies of all time, the Die Hard films redefined action movies in Hollywood. In a time when people expected to see the likes of the muscled up Sylvester Stallone or Arnold Schwarzenegger in action movies, Willis stole the show with his character John McClane, a reluctant hero and an underdog who triumphs over selfish venality.

In the 1988 movie, Willis portrays the role of McClane, a New York City police officer with a wicked sense of humour, who arrives in Los Angeles (LA), US, hoping to spend Christmas with his estranged wife (Bonnie Bedelia) and two daughters. However, things take a dire turn when he attends a holiday party with his wife at the headquarters of the Japanese-owned company she works for.

The merry-making is interrupted by a dangerous group of thugs who take over the entire office building and hold all the people in it hostage. McClane realises that he is the only one who can salvage the hostage situation and wage a war against the terrorists to save his wife.

The 1990 sequel went on to replicate the tried and tested formula of the OG movie with a tweaked storyline, where McClane comes to the rescue of the people taken hostage by rogue military operatives at an airport.

The 1995 film follows the life of the now-suspended NYPD police officer McClane, whose trajectory seems to be declining, owing to his drinking habits. Starring other megastars like Jeremy Irons as the terrorist Simon and Samuel L. Jackson as Zeus the electrician, Die Hard With A Vengeance is also loved by ‘die hard’ fans of the film series.

The storylines of the more recently released two movies in the series were a bit misguided, which led to the films receiving a lukewarm response from the audiences.

Sign up on disney+ to stream die hard series

The film follows Vincent and Jules, who are working for mob king Marcellus Wallace (Ving Rhames), with a penchant for philosophical discussions and musings about life.

The movie weaves together seemingly disconnected incidents and highlights the choices each character makes regarding life, death, honour and disgrace. Willis’ character of the stoic fugitive boxer Butch in the film helped shape the multi-layered collection of short crime stories in the cult-favourite phenomenon that it is today.

Tarantino expertly humanises nefarious characters, invoking an emotional response from audiences. Tarantino and Roger Avary won an Oscar for the film in the Best Writing, Screenplay Written Directly for the Screen category.

In this science fiction movie by Terry Gilliam, James Cole (Bruce Willis) is a convict in the 2030s who, in hopes of earning parole, volunteers for a top-secret mission involving time travel. The operation takes him back to the 1990s to trace the origin of a killer virus that is about to exterminate the world’s population. However, it isn’t as easy as it sounds given that he is not provided much help to execute the mission, other than the manic son of an eminent virologist, Jeffrey Goines (Brad Pitt) and the sceptical Dr. Kathryn Railly (Madeleine Stowe), both of whom he meets in the ‘past’.

Another heartily entertaining Bruce Willis-starrer is Armageddon, where his character Harry Stamper realises that he must head to space on a mission to save the world as an incoming asteroid threatens to destroy life on earth.

The cast includes Liv Tyler, who plays the role of his daughter, Grace. He knows he must sacrifice his own life to secure his daughter’s future and is accompanied by A.J. Frost (Ben Affleck) — Grace’s fiancé. Willis perfectly portrays this larger-than-life persona and tugs at the audiences’ heartstrings throughout this action drama.

The film is directed by Michael Bay.

Notably written and directed by M. Night Shyamalan, the chilling movie follows the story of friendly child psychologist and therapist Malcolm Crowe (Bruce Willis) and his frightened young patient Cole Sear (Haley Joel Osment) who claims that he can communicate with ghosts and spirits. When Crowe tries to uncover the mystery behind Cole’s abilities, the consequences lead to something unexplainable.

The unusual duo of the young boy with raw, unhinged emotions and his calm, stoic therapist is what makes the Oscar-nominated film so memorable and heart-touching.

Sign up on disney+ to stream The Sixth Sense

The crime-thriller film, written and directed by Frank Miller and Robert Rodriguez, belongs to the neo-noir genre and is based on the latter’s graphic novel series of the same name. The film boasts a high-profile ensemble cast, with Willis leading the way.

Sin City follows the lives of four characters who cross paths while attempting to solve their personal problems. They fight violence and corruption in the terrible town of Basin City, Washington, US.

Bruce Willis plays the role of John Hartigan, a gruff, cynical police detective with a heart of gold, who puts his life on the line while trying to stop a child murderer Roark Jr./Yellow Bastard (Nick Stahl) from raping and killing young Nancy Callahan (Jessica Alba).

Rising to the occasion and saving the day yet again, Willis plays Duffy Sharp, the New England-based Police Captain in charge of the small fictitious island town of New Penzance in this Wes Anderson coming-of-age comedy-drama.

In the summer of 1965, a 12-year-old Khaki Scout, Sam Shakusky (Jared Gilman) is disowned by his parents and compelled to seek shelter at Sharp’s house.

Shakusky falls in love with a girl, Suzy (Kara Hayward), and they run away together into the wilderness, prompting a town-wide search for the young couple. The two lovers bond over their mutual status as outsiders and decide to escape the town, causing hysteria among his scout troop and her family. Sharp plays a key role in this quest, given that he had put a roof over the young boy’s head prior to his absconding.

Looper is a fascinating science fiction film about a gunman, Joe (Joseph Gordon-Levitt), in a futuristic society where time travel is possible. However, it is only privy to those with the resources and means to pay for it in the black market.

In the Rian Johnson movie set in 2074, Joe serves as a looper for the mob. He waits in the ‘past’ to which the gang sends back those they want to kill.

Joe is a good employee to the mob until the day his bosses decide to ‘close the loop’ to tie up loose ends. Not just that, they also send Joe’s future self (Bruce Willis) back in time to be killed, who finds himself to be the victim of his own actions in the thrilling action drama.

Apart from these cult-classic, generation-defining movies, Willis has also been a part of popular TV shows such as NBC’s Friends, where he guest-stars as Paul Stevens, a widower and father of Ross Geller’s (David Schwimmer) girlfriend Elizabeth (Alexandra Holden). He eventually begins dating Rachel Green (Jennifer Aniston) for a short time before they part ways. From the roster of over 40 celebrity guests that made a cameo on the show, Willis was definitely one of the most-loved appearances.