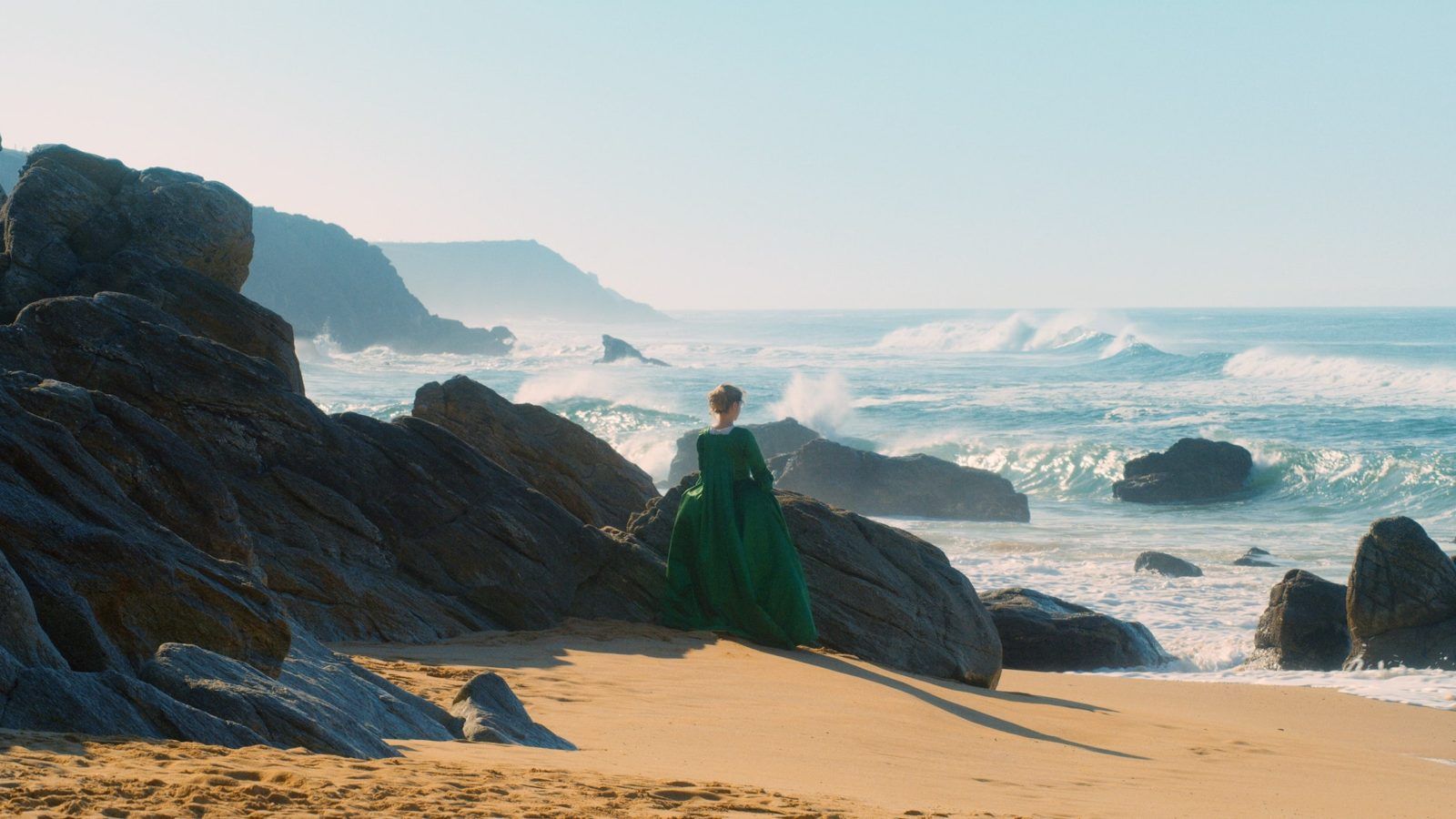 Here are 10 new-ish films directed by women — because you already know the classics! And we need more.

Women are notably underrepresented in the film industry — as with most industries. On-screen, we’ve come up with strange tests (the Bechdel Test or the Sexy Lamp Test, to name a few) to measure women’s relevance to the plot or to demonstrate just how much we centre men in our movies (and in television, and most forms of media). In fact, saying ‘women’ plural might be overstating most media — plenty of films feature no women in the foreground, and not even a third of speaking roles in popular movies go to women.

But one way to assure that there are women on screen, and that these women are well-written, layered and not easily replaceable with a man (or with an object — that’s what the Sexy Lamp Test is), is by making active efforts to have women behind the scenes. In your writing and casting teams, in your camera crew. And yes, in directing.

Last year, Chloé Zhao won the Academy Award for Best Director for Nomadland (which you can watch on Disney+ here) becoming only the second woman in history to be awarded the prize. She also took home Best Picture.

We want to spotlight some more incredible women who’ve made some of the best critically-acclaimed films to date. And also a few favourites. Limiting ourselves to the last five years made this surprisingly difficult but to keep your choices fresh and shout out some more recent releases — we’ve rounded up 10 new-ish films directed by women, to watch now.

An Indian spy is married to a Pakistani military officer during the Indo-Pakistani War of 1971.

There’s no shortage of films based on true stories and real-people legends in Indian cinema; and there’s a decent amount of biopics celebrating women, particularly in the Hindi film industry (aka. Bollywood). Women depicted include 17th-century courtesan Umrao Jaan (1981 and 2006), boxer Mary Kom (2014), wrestlers Geeta Phogat and Babita Kumari (Dangal, 2016), and the head purser on the hijacked Pan Am Flight 73 (Neerja, 2016). But these films were all directed by men.

This patriotic thriller, however, was in the adept hands of Meghna Gulzar, who carefully avoided the Bollywood jingoistic fervour of late and gave us one of Alia Bhatt’s best performances to date. (Bhatt also stars in this year’s Gangubai Kathiawadi; and Gulzar went on to direct another biopic, Chhapaak, in 2020). It’s becoming rarer and rarer to see an Indian Muslim woman front and centre but Raazi delivers that and more, recreating 60s Pakistan, letting the anticipation of war build and build, and making sure to flesh characters out so you’re never quite sure who you’re meant to see as a villain — or a hero.

Language: Mandarin and English | Where to watch? iTunes; Viu

A headstrong Chinese-American woman returns to China when her beloved grandmother is given a terminal diagnosis.

The reason The Farewell is great is because Wang knows this story very well; it’s based on her own grandmother’s illness and she shot the film primarily in Changchun, China, close to her own home. She’s lived this story, and it’s told honestly — and from the inside.

A guilt-ridden Billi explores her hesitation to join in on a ‘good lie’, one that involves the manipulation of medical test results and deception from the whole family. And a wedding, planned as an excuse to gather with loved ones — all for Nai Nai, her grandmother, who is predicted to have only a few months left to live. Such deliberate dishonesty is already tricky, but the different cultural norms at play here, especially the idea of taking on an emotional burden for an elder without their knowing, is fascinating. It’s still a lie, isn’t it?

Language: Wolof and French | Where to watch? Netflix

In a popular suburb of Dakar, workers on the construction site of a futuristic tower, without pay for months, decide to leave the country by the ocean for a better future. Among them is Souleiman, the lover of Ada, promised to another.

Atlantics is a film best seen without reading too much beforehand. In her feature directorial debut, Mati Diop somehow manages to incorporate labour and migration, hauntings and spirits, arson, illness, folklore and mysticism — all resulting in a layered and poignant tale about the women who are left behind. It premiered at Cannes, where Diop became the first Black woman to direct a film featured in a competition at the festival.

A supernatural romantic drama set in Senegal, the film is intimate, featuring beautiful close-ups and artful cinematography by Claire Mathon (who also worked on Portrait of a Lady on Fire, in the same year no less). The Atlantic Ocean is the backdrop, a symbol, a character in itself.

Years of carrying out death row executions have taken a toll on prison warden Bernadine Williams.

How do you make an advocacy drama about the death penalty different? You zero in on the person who has to carry out the execution.

Directed and written by Nigerian-American Chinonye Chukwu, Clemency is empathetic and evocative — focusing on a woman consumed by a routine that is more than haunting, it’s soul-crushing. Alfre Woodard puts up an incredible and compelling performance as Bernadine Williams, that promises to stay with you even after the credits roll.

A coming-of-age story based on the life of an aspiring street rapper from the Dharavi slums in Mumbai.

Gully Boy has a lot to boast: Nas as an executive producer, a record 13 Filmfare Awards (the most awards for a single film in a year), and it was an absolute box office hit. Zoya Akhtar has proved herself time and time again (if we could include series, Made in Heaven would top this list) but Gully Boy is perhaps the masala (Indian mixed-genre) blockbuster of her career.

Featuring Ranveer Singh in the lead role and a dynamic screenplay by Reema Kagti, this film is all about the underdogs’ bark and bite, dissent, and, of course, music. Safeena (Alia Bhatt) is a standout character — a well-written Indian woman who is angry, bitter and very violent on-screen. Murad (Singh) for his part, is softer but works hard to see his dreams through.

On an isolated island in Brittany at the end of the eighteenth century, a female painter is obliged to paint the wedding portrait of a young woman.

Once you’ve watched this, do yourself a favour and read its Letterboxd reviews. The winner for Best Screenplay and the Queer Palm at the 2019 Cannes, and a selection to compete for the Palme d’Or, Portrait of a Lady on Fire is exquisite and very clearly critically acclaimed.

Céline Sciamma worked with an almost exclusively all-woman cast and crew (we don’t hear a man speak on screen for so long that when you see one it’s strange and almost a shock — Sciamma herself called it a “jump scare of patriarchy”), a fact many critics noted — with multiple reviews referring to the film as a temporary “feminist utopia”. But the circumstance is because of a man; a nameless, faceless never-to-be known groom.

The film features stunning cinematography by Claire Mathon and depicts three women and the time they spend together — with a soft, yearning romance between two of them. It’s a film that may truly be free of the male gaze. A portrait of women by women.

In the aftermath of Cassius Clay’s defeat of Sonny Liston in 1964, the boxer meets with Malcolm X, Sam Cooke and Jim Brown to change the course of history in the segregated South.

Regina King wasted no time with her feature film directorial debut, going behind the camera to make this movie adaptation of the award-winning Kemp Powers stage play. A fictionalised account of a real meeting between Malcolm X, Muhammad Ali (then Cassius Clay), Jim Brown, and Sam Cooke in February 1964, it stars Kingsley Ben-Adir, Eli Goree, Aldis Hodge and Leslie Odom Jr. in the lead roles.

We already told you the play is award-winning and King’s direction proves just as good — with the film earning three nominations at the 93rd Academy Awards. And One Night in Miami premiered at the Venice Film Festival, making King the first African-American women director to do so.

Language: English | Where to watch? iTunes

In 1800s England, a well-meaning but selfish young woman meddles in the love lives of her friends.

Autumn de Wilde is an American photographer — and her directorial debut Emma. (with a full stop, or ‘period’, to signify its being a period piece) shows us. Based on the ever-adapted 1815 Jane Austen novel, this version of Emma feels fresh, like if someone drew inspiration from the book, the BBC serial and teen masterpiece Clueless (1995), which of course is loosely based on the novel.

Starring Anya Taylor-Joy in the titular role and a cast full of familiar faces, there’s something inviting and comforting about this film. And it’s so pretty, so so pretty — with gorgeous sets and costumes, and a pitch-perfect soundtrack (one track is actually titled “Mr Knightley Is Destroyed”). It may not be an Austen fan’s favourite Emma, but if you let it, the art direction and humour will win you over.

Language: English | Where to watch? Netflix

Shy, straight-A student Ellie is hired by sweet but inarticulate jock Paul, who needs help winning over a popular girl. But their new and unlikely friendship gets complicated when Ellie discovers she has feelings for the same girl.

Eighteen years ago, Alice Wu gave us Saving Face (2004), a glorious romance between two young Chinese-American women with a happy ending. Yes, a happy ending. It was the first film since The Joy Luck Club (1993) to centre on Chinese-Americans and it also featured megastar Joan Chen. But, when the world needed her most, Wu vanished.

After a lengthy hiatus, mostly to take care of her mother, Wu returned with teen romance drama The Half of It. Affectionately dubbed “a lesbian and her himbo”, the film is a modern retelling of Cyrano de Bergerac with inspiration taken from Wu’s own childhood and friendships. It’s slower than her debut, with a more open and ambiguous ending. And it’s softer, filled with longing and an almost palpable ache to escape.

A college student attends a family shiva where she is accosted by her relatives, outshined by her ex-girlfriend, and face-to-face with her sugar daddy and his family.

Written and directed by Emma Seligman, Shiva Baby runs for a mere 78 minutes, but packs in a punch. A bottle film, it centres around a directionless bisexual Jewish woman attending a shiva (the week-long mourning period) with her parents — with the events taking place almost entirely in real-time and at one location.

Seligman draws up tension throughout the film, as Danielle (the lead character) explores basically her whole life under the scrutiny of her loved ones and extended family; you’ll feel the anxiety, the claustrophobia. The rest of the cast put up great performances and the score, by Ariel Marx, is worth paying attention to.

And some films we’re keeping an eye out for, directed by women: