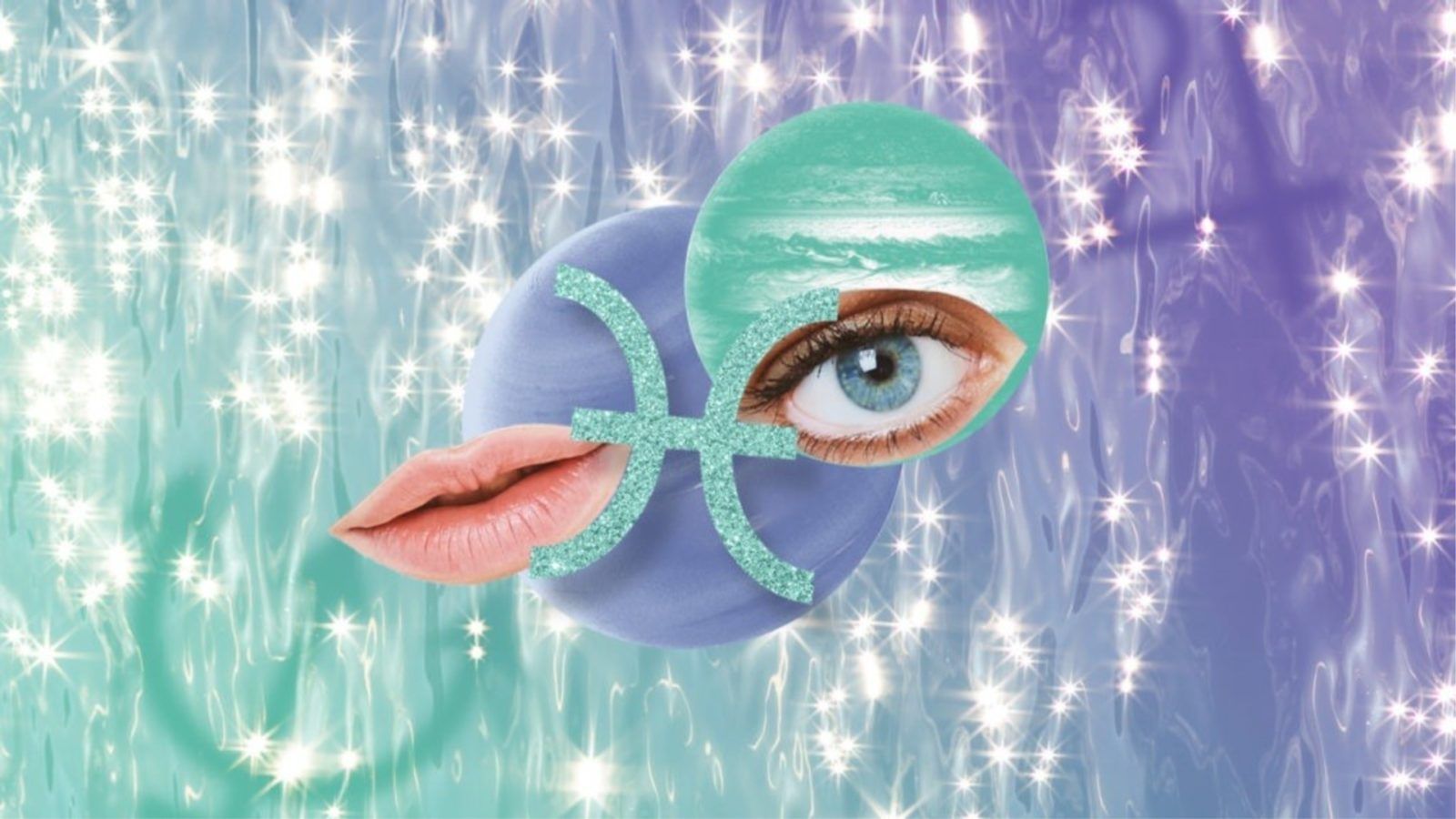 Put on your life preservers and get your sea legs ready to jump into exploring the enigmatic waters of the zodiac sign Pisces, which rules the sky from about February 18 to March 20 each year.

Traditionally, Pisces is ruled by the planet Jupiter, because the sign transcends creativity and emotional knowledge like no other. Being that Jupiter is the sign of expansion and growth, it’s no wonder that it feels at home in the water sign, since it allows everyone to experience life at the deepest sentimental and tender levels.

However, the modern planetary ruler of Pisces is Neptune, due to the mythological story beyond the sign. When Venus and her son, Cupid, were taking a walk by the sea, they were attacked by a giant sea monster. Venus called upon Zeus to transform her and Cupid into fish to escape the sea monster. They were able to disguise themselves and swim to safety. The fish they turned into were called Pisces, so they immortalised them in the stars. Neptune is the god of the sea, which is why Pisces is ruled by it as well as Jupiter — because the sea saved them and is, of course, where fish live.

Pisces are the last sign of the zodiac, which means that they have characteristics from all of the other signs that fall before it — and it also means there’s plenty to learn about them. Read on to this Pisces guide to discover personality traits and characteristics, how Pisces shows up in different placements in a natal chart, Pisces compatibility, and more.

There are plenty of Pisces celebrities out there in the world — after all, they are the dreamers, artists, and visionaries that can transcend emotion and depth into our hearts. Here is a guide to some notable Pisces celebrities:

Pisces have the ability to feel and see things that many others don’t. Rather than lying on practicality, they usually believe in trusting their guts and making impulsive decisions. Simply put: If it doesn’t feel right, they swim away — fast.

This pertains to relationships as well, which is why they’re the ghosters of the zodiac; they’re generally avoidant of confrontation. But don’t hold that against them. To be fair, Pisces do get flustered easily due to their mutable nature, and they prefer to focus on the beauty life has to offer instead of the negatives — all the more reason why they’re photographers, artists, actors, and healers (like doctors, massage therapists, and nurses).

Pisces will also pick up sentiments from others, becoming a manifestation of different energies. One day, they can be rambunctious like Aries and the next, hardworking like Capricorn. Like the fish that swim in the sea, their exact personality is hard to pin down. Overall, they’re extremely psychic, sensitive, and tender.

The biggest misconception about Pisces is that they’re emotionally weak because they’re a mutable water sign. On the contrary, they need to control all the energy and information that comes to them by filtering it and remaining rigid on some sentiments. Pisces are like the waves of the ocean — their feelings are always flowing and growing.

Their dreamy and deep emotional nature allows them to see the world from a unique standpoint, which is exactly why they’re the artists and visionaries of the zodiac. They have their own way of viewing and receiving information, which veers from the norm and makes them special. The world needs creatives like Pisces to change the way everyone else experiences life. After all, Pisces think outside of the box, which leads to major advances in technology, trends, and science.

How Pisces traits manifest in each planet

Reminder: You are more than your sun sign. In your natal chart, you can see if there were any other planets in the sign Pisces when you were born. Then see how Pisces shows up for that specific planet below.

The sun in Pisces is magnetic, charming, artistic, and visionary. What else can anyone ask for? Pisces Suns are also known for their imagination, whimsical nature, and beauty.

In Pisces, the moon (which acts as your emotional compass) is super intuitive, loving, and offers unconditional support to everyone that crosses its path. Nostalgia and sentimentality run deep for this loving placement, as it feels directly from the soul.

“Bette Davis Eyes” is this song that I most associate with the Pisces rising because they have a dreamy look in their eyes all the time. Known for their sweet and gentle nature, Pisces risings are always looking for artistic projects to invest their time in or relationships that speak to their lyrical soul.

Mercury, the planet of communication and technology, doesn’t necessarily love to be in Pisces, because a lot of communication can be unclear. Think of it like this: Can you hear underwater? Like the fish that swim in the ocean, it is hard for them to hear communication from land and the sky clearly.

Venus — the planet of relationships, beauty, and money — loves to be in the sign of Pisces, because of the mythology behind the planets and sign. When Venus is in Pisces, it’s extremely dreamy, sentimental, and generous in matters of the heart as well as extra creative.

When action planet Mars is in Pisces, it’s unsure about what you invest its time and energy into. Because Pisces is so fluid and ever-changing, it’s hard to maintain the course and structure if it’s required to complete tasks, which is Mars’ primary goal.

Jupiter, which governs luck and fortune, is at home in Pisces, which means it has a lot of energy to educate in ways of the world and strengthen inner emotions. This is a good placement to have on your side, as it means you’re able to attain your dreams and greatness with ease.

Saturn, the planet of rules and boundaries, in Pisces is unsure about what it wants to commit to — it will take a lot of time to settle on what it wants and will change its mind often. This can make it hard to implement growth, due to all the uncertainty.

When Uranus (the planet of breakthroughs and change) is in Pisces, the subconscious is always wanting to shake things up, which can create a lot of tension in day-to-day activities. You may feel as though you’re subconsciously sabotaging yourself, when in reality, you’re just looking for a change.

Neptune rules inspiration, dreams, and illusions, which makes this an overly fanatical placement. People with Neptune in Pisces may be drawn towards occult practices like astrology, magic, and tarot to help them navigate the world. With this placement, hearts run deep, and there’s plenty of unconditional love for both others and themselves.

There will be a major change in the spiritual beliefs of those who have Pluto in Pisces. They will adhere to the views of their generation, which may differ from traditional organised religions.

If your North Node (your North Star or point of destiny) is in Pisces, creativity and spirituality are key themes in your life, and you may become fanatical about the ideology that you believe in. Before you get up on your soapbox, make sure that your heart is fully invested in such causes.

The South Node represents your past lives and what you’re bringing with you from them — as such, if your South Node is in Pisces, you’re likely moving from a spiritual place into a more analytical mindset, which will create a lot of inner tension towards what you choose to believe in. You don’t have to drink the Kool-Aid and dive in; take time to see if it’s right for you.

Pisces are known to give freely of their time and hearts, without demanding anything in return. They are the people that are there for you when you’re sad, take you out for cocktails when you receive a raise, and are always down for an adventure. Here’s how compatible Pisces is with each zodiac sign:

Sensitive Pisces serves as a compassionate ear to their bold Aries pal. This friendship works because Aries will endlessly defend their Pisces bestie, while Pisces will unconditionally support their Ram BFF.

This is a pair that mutually respect each other and find camaraderie in the other. They will have a long and stable connection, since both share the same hopes and dreams.

While there can be friction between these two zodiac signs, they feel at home with the other. Laughter will help them move past issues, as long as they are both willing to let go of the drama and move on.

Creativity connects these two water signs. They have similar aesthetics and romantic inclinations, which means that they have a lot in common with the other and a lot to teach each other.

These friends will admire the other for their strength, compassion, and above all, fashion sense. Leo and Pisces connect over their desire to be better people, and both can transcend to the next level with the other by their side.

Virgo can be a little harsh for sensitive Pisces at times. Ironically, the two become friends over Virgo’s brash attitude, which helps Pisces add practicality to their life and offers Virgo incentive to follow their dreams.

These besties enjoy glamour and intrigue, making them a fantastic pairing. Whether they’re shopping or knocking back a few glasses of champagne together, these signs are entertained and fascinated by the other.

As one of the most auspicious friendships of the zodiac, these watery buds spend time manifesting dreams together and fiercely protecting each other.

These two mutable signs are both ruled by the planet Jupiter, which means they share a mutual lust for life and desire to expand their knowledge of the world.

The gossip and fun never ends between Capricorn and Pisces, who could spend hours talking to each other on the phone and will text all day. It’s easy for these two to communicate and to share their aspirations with each other.

Being that these two zodiac signs are right next to each other in the sky, they have a mutual sense of camaraderie even though they’re extremely different. Aquarius is methodical, while Pisces is emotional. They connect over their differences as they find the other interesting and appealing.

This pair can feel each other on an intuitive and emotional level, which makes them ideal friends and lovers. They can sense each other in an empathetic and tender way that no other signs can.