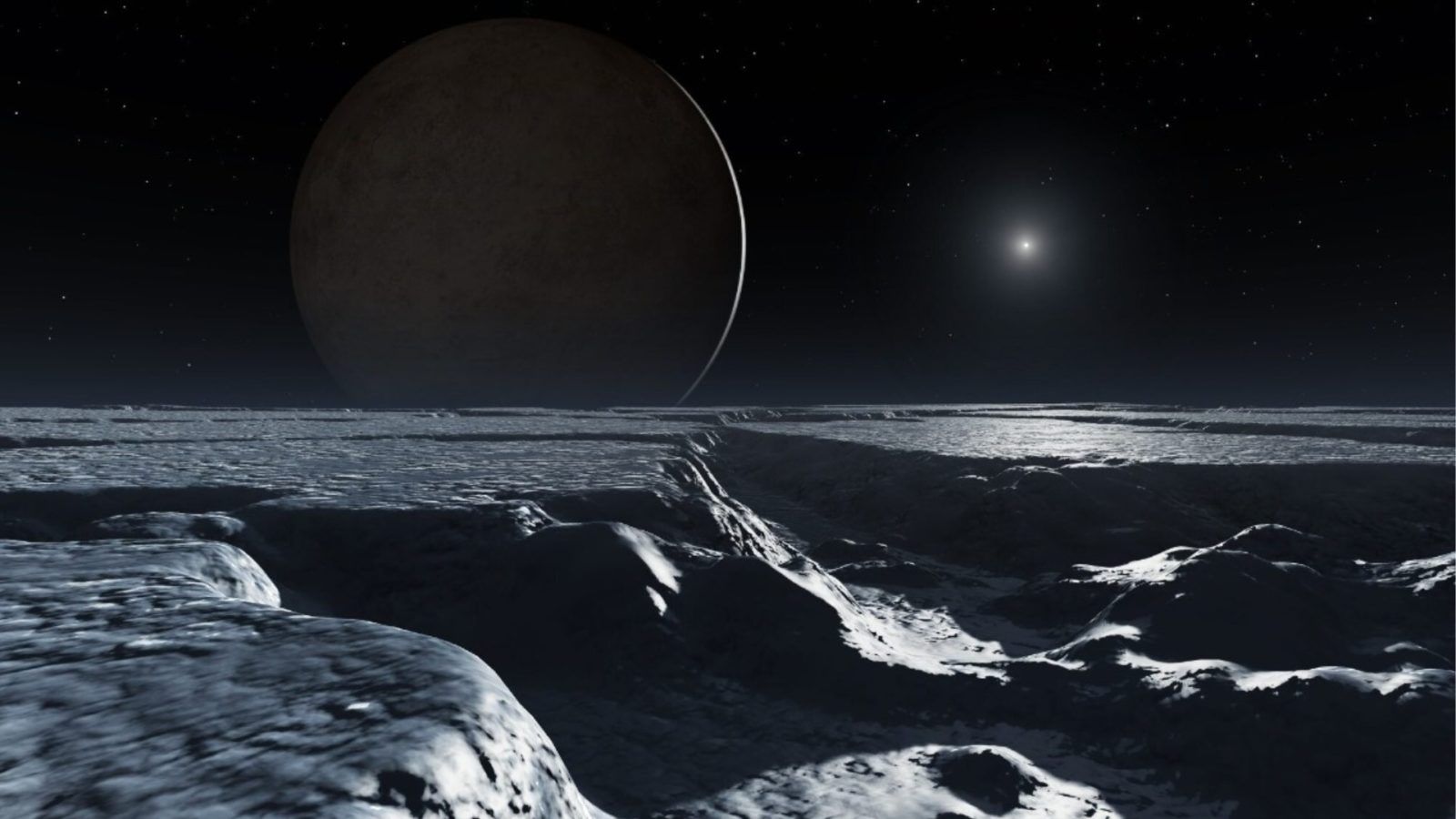 Pluto has a storied history as a member of our solar system—relegated to dwarf planet status in 2006, the planet is now making headlines again for another surprising reason: ice volcanoes. The dome-shaped structures were identified by astronomers using data from NASA’s New Horizons Spacecraft and are reportedly unlike anything else in our solar system. The discovery, which was published this week in Nature Communications, noted the possibility that the volcanoes are still active.

The New Horizons Spacecraft snapped photos of the dwarf planet’s surface and its moons during a flyby in July 2015, allowing astronomers to take a closer look at Pluto than ever before. When reviewing the images the team uncovered a region southwest of Sputnik Planitia—an ancient impact basin filled with nitrogen ice. According to the astronomers, the newly discovered area is covered with volcanic domes. Two of the largest peaks were coined Wright Mons and Piccard Mons. Wright Mons is about 16,404 feet tall and 93 miles (149.6 km) wide, while Piccard Mons reaches 22,965 feet and spans 139 miles (223.6 km). According to a report by CNN, the volume of Wright Mons is comparable to the Mauna Loa volcano in Hawaii, which is one of the biggest volcanoes on Earth.

The difference between the two? The structures on Pluto aren’t filled with hot magma. Instead, the ice volcanoes, called cryovolcanoes, release a mixture of water, ice, and other substances like ammonia or methane. Cryovolcanoes have been identified in other areas of the solar system, but it’s long been suspected that Pluto didn’t have enough interior heating, which is needed to stimulate volcanism. Additionally, the discovery of the new area revealed a lack of impact craters, which are seen across much of Pluto’s surface. This suggests that the ice volcanoes were active somewhat recently, hinting that Pluto’s interior has more heat than previously expected.

It’s believed that the volcanoes formed in multiple episodes, but because Pluto’s temperature rests at minus 387 degrees Fahrenheit (minus 232 Celsius), any eruptions would likely retain their shape. “The icy material was probably more of a slushy mix of ice and water or more like toothpaste while it flowed out of a volcanic vent onto the surface of Pluto,” study author Kelsi Singer told CNN. “It is so cold on the surface of Pluto that liquid water cannot remain there for long. In some cases, the flow of material formed the massive domes that we see, as well as the lumpy terrain found everywhere in this region.”

Even more notable, the cryovolcanoes indicate that Pluto’s subsurface ocean is still present and that liquid could be close to the surface. This discovery, combined with the belief that the dwarf planet has a warmer interior than astronomers previously anticipated, changes what we know about Pluto’s potential habitability. Despite this fact, Singer told CNN that “there are still a lot of challenges for any organisms trying to survive there. They would still need some source of continual nutrients, and if the volcanism is episodic and thus the heat and water availability is variable, that is sometimes tough for organisms as well.”