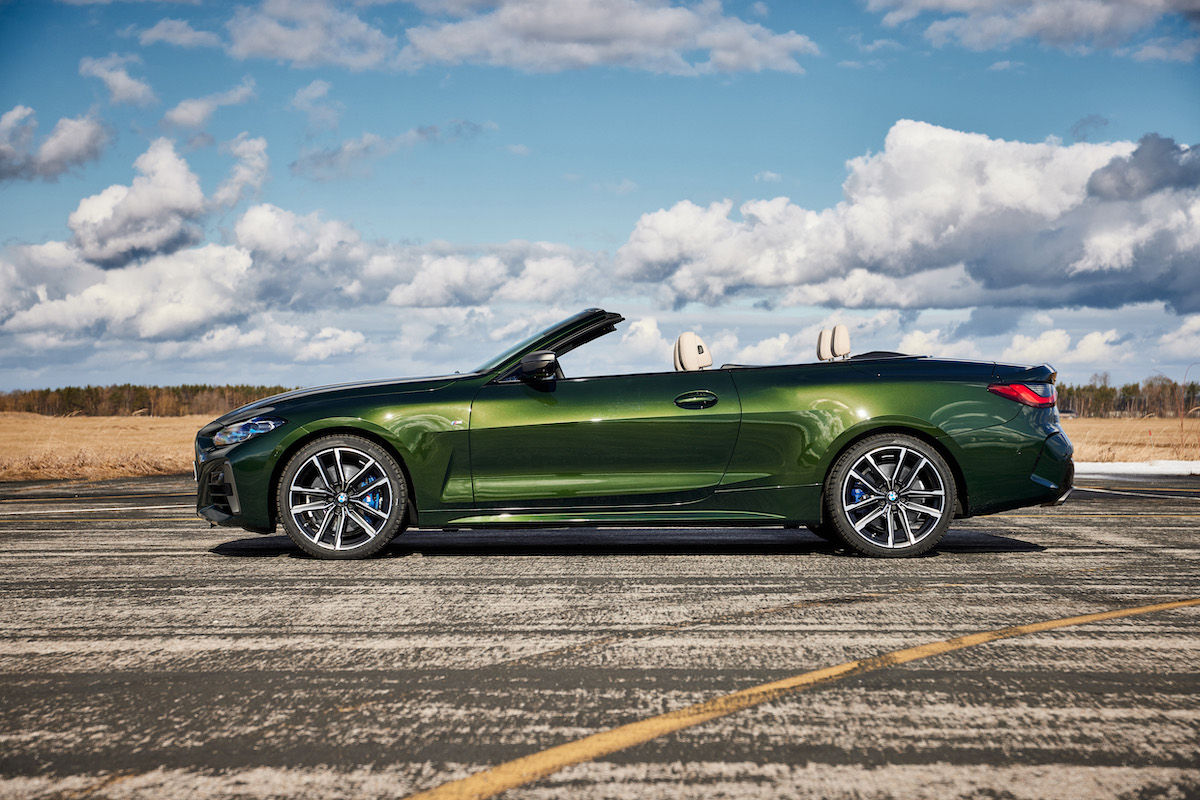 Feel the need to upgrade your wheels this year? You’re probably spoiled for choice, but to concentrate the mind, here’s our selection of the best of the new cars to crave this year, from all-electric hyper-saloons to traditional sportscars and cruisers.

10 New Cars to Crave This Year

This isn’t the first time McLaren has taken the hybrid route, but as the Artura is the British supercar maker’s debut attempt at bringing a petrol-electric machine into full production, it does mark a significant step towards the future. It’s also the first production McLaren to ditch V8 power: instead, it gets a high- revving 3-litre V6 behind the driver’s seat, albeit one whose 577bhp is augmented by 97 horses from the electric motor, which is integrated within the clutch housing. What else is new? An eight-speed dual-clutch gearbox (with no reverse – the electric motor does the job) replaces the old seven-speed unit, the carbon-fibre monocell has been entirely revised and there’s an entirely new suspension system with smart adaptive dampers. Only the styling looks somewhat familiar, while the heart-in-mouth performance – 0-200km/h in 8.3 seconds, and 330 maximum – definitely rings a few bells too.

Although electricity is clearly top of mind at Audi these days, the folks at Ingolstadt haven’t neglected fossil-fuel power entirely – and lovers of the company’s 2.5-litre five-cylinder motor should be delighted to learn this epic engine lives on in the latest iteration of one of the hottest hatchbacks of all, the RS3. Now in its third generation, Audi’s baby bombshell gets no more in the way of power (and with 394bhp on tap, it really doesn’t need it), but it does boast new adaptive suspension, a rear-wheel torque-splitter, a mind-boggling choice of seven drive modes (plus one that can be customised) and even the option of ceramic brakes. With a 0-100km/h acceleration time of considerably less than four seconds and a top whack in the region of 290, performance is supercar-nudging. And if that weren’t enough to whet the appetite, this über-hatch is so easy to live with you’d have no trouble driving it to the supermarket.

Since the 1950s, Mercedes’ SL badge has meant “luxury sports grand tourer par excellence”, and this latest eighth-generation of the sport-leicht looks to be firmly within that tradition. And as it’s been developed at Merc’s performance offshoot, AMG, the new SL not only marks a return to the original car’s sporting roots, but it also looks to be a credible rival to Porsche’s 911 Turbo. Beneath the bonnet of the two launch models’ sits AMG’s glorious 4-litre V8 – the SL 55’s puts out 469bhp, while that of the SL 63 makes 577 – both of which are coupled to a nine-speed autobox, and as the chassis is fettled with all manner of dynamic systems, this new model should handle as impeccably as it goes in a straight line. As for luxury, which has long been an integral part of the package, think latest S-Class, only scaled-down just a tad. In other words, the SL is back – and it’s better than ever.

For those despairing that Maserati would ever make an exciting motor car again, here’s the MC20 to prove those fears wrong. Because not only is this the marque’s first in-house, mid- engine supercar in decades – we’re not counting 2004’s MC12, as that was essentially a re-bodied Ferrari Enzo – but it also marks Maserati’s triumphant return to engine building: beneath the shapely tail of this gorgeous machine lies a compact 3-litre twin-turbocharged V6 that makes an impressive 621bhp at a relatively frenetic 7,300rpm, which sounds like an enthusiast’s dream. The story isn’t just about the motor, though, as there’s bags of super- lightweight and strong carbon-fibre in the car’s construction – and as the chassis was developed with racing-car specialists Dallara, who live just up the autostrada near Parma, we suspect the MC20 will handle as beautifully as it looks. This is one we can’t wait to drive.

Unveiled late last year and only now venturing out on to the region’s roads, BMW’s new “compact” iX electric SUV is Munich’s current take on what the future of motoring looks like. Yes, it’s enormous – far bigger, in fact, than we’d ever have imagined from the photos – but that vast footprint means acres of real estate within; and as its xDrive50 all-wheel-drive system involves twin electric motors that together summon 516bhp (plus, of course, the instantaneous torque delivery that electricity guarantees), this Bavarian behemoth can shift pretty rapidly too. Body panels in carbon-fibre-reinforced plastic reduce weight, and the car packed with journey-smoothing tech, from batteries of exterior cameras to computers. Don’t mention range anviety either, because with 600km distances possible on a fully charged battery and rapid charging that can fill it up to 80 percent capacity in a little over half an hour, such worries are things of the past. Granted, this may not be the prettiest Beemer we’ve ever clapped eyes on, but we can’t help but be impressed.

With all three German manufacturers now going big into electricity, we think 2022 marks the moment when Tesla begins to face stiff competition. And if looks alone were the decider, we also reckon Audi’s stunning new RS e-Tron GT would win the contest hands down. Add to its sensuously flowing lines technology that’s sharged with Porsche’s amazing Taycan, a staggering 637 horsepower from twin motors (one front, the other back) and ultra-sharp handling thanks to rear-axle steering, and this could well be the machine that changes your mind about electric motoring completely.

Rolls-Royce doesn’t do “street” – of course it doesn’t – but if you were a rapper looking for the dopest wheels imaginable, you’d probably be taking a long hard look at the new Rolls-Royce Ghost Black Badge. That’s because, with its darkened aesthetic, yet more luxury (if that were possible), a modest power boost over the “regular” Ghost, and tighter, tauter handling that in no way compromises the car’s waftability, the Black Badge’s attitudinal overload makes it one of the biggest and baddest automobiles out there. It seems that Rolls’ clientele has got the message too, as more than a quarter of the brand’s sales are now accounted for by Black Badge models. We love it – and we’re guessing you do too. In black, obviously.

Porsche’s Taycan is already plotting a credible course towards an electric future, but mercifully the company hasn’t neglected its roots, nor its sense of fun. On the contrary, with the new 718 Cayman GT4 RS it positively revels in the past – for what other motor company these days would consider launching a track-focused road car that it happily describes as “irrational”? How irrational, you ask? Well, let’s just say a naturally aspirated 3-litre flat six borrowed from the 911 GT3, which produces a mental 483bhp and revs to 9,000rpm, propelling it from a standstill to 100km/h in 3.4 seconds and delivering a maximum not far short of 315. For all we know it’s the fastest Cayman ever, and though a manual gearbox isn’t part of the deal (it only comes with the seven- speed PDK), we don’t care: we want one.

We’ve long been fans of BMW’s 3-Series and its 4-Series coupe and convertible variations, and from the ever-growing range of alternatives we think the recently re-launched M440i – it combines a superb 3-litre six-cylinder engine with sparkling performance and drivability, and the everyday usability that’s perhaps lacking in the more hardcore M4 – is the one that hits the sweet spot. Now treated to a slew of styling and tech upgrades that bring it into line with other 4 models, the 440i looks particularly attractive in four-door Gran Coupe guise, but honestly the one we’d be putting our money down on would be the Convertible, which strikes us as being one the nicest ways in which four people can enjoy top-down motoring together.

Another utterly convincing alternative to Tesla’s now-tired-looking Model S, the EQS 53 4-matic has “future” written all over its sensational four-door-coupe styling. AMG’s high-performance take on Mercedes’ full-size electric EQS limo also comes in two versions – the 53, with 649bhp and 950Nm of torque, or the even meatier 53+, which gets more than 100 extra horses and a phenomenal 1,020 units of twist. Both feature an electric motor on each axle, with variable all-wheel- drive, which, if driven relatively sensibly, can deliver a range exceeding 500km from a fully charged battery. Expect interior appointments and comfort to be of S-class standard – and as the car comes equipped with Ride Control+ suspension, which combines active dampers with rear-axle steering, driving dynamics should almost certainly set the standard for electrically powered luxo barges.