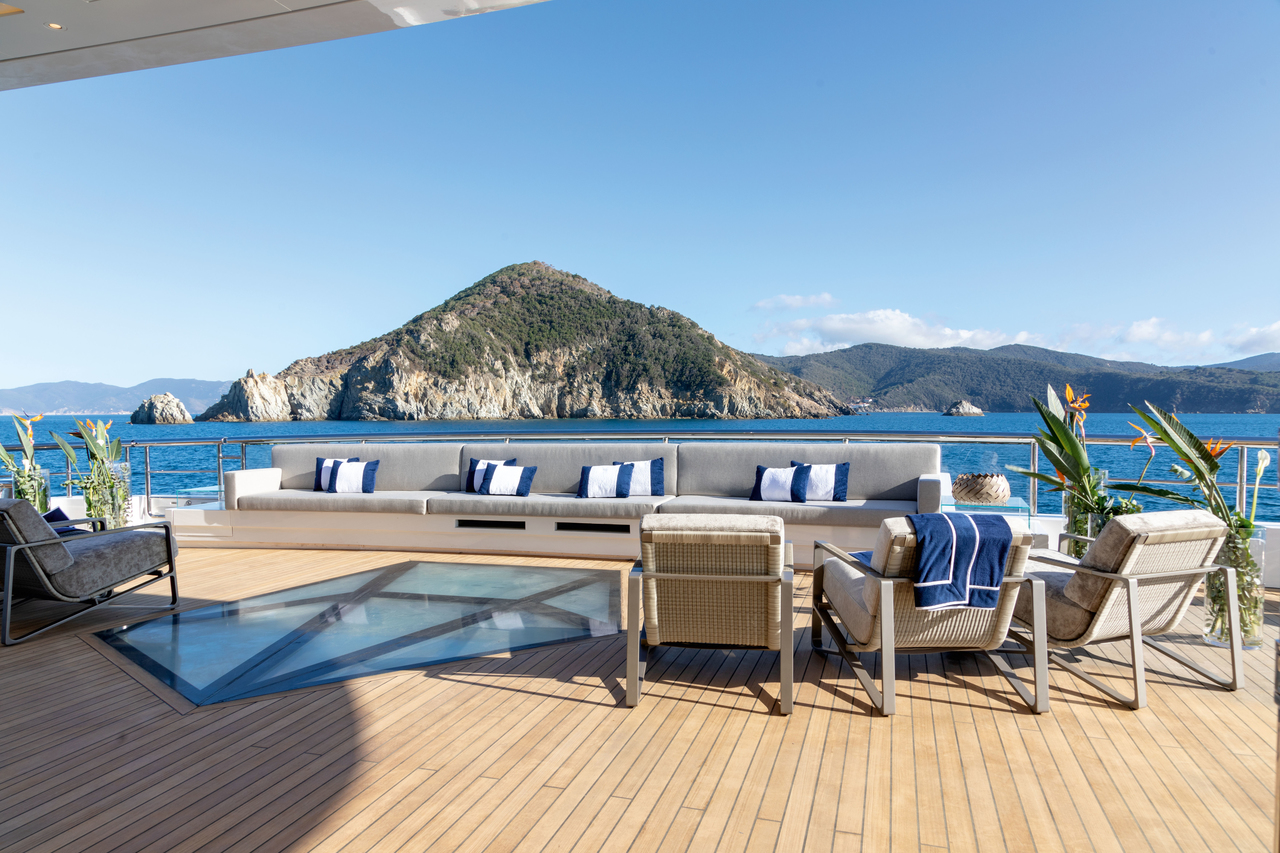 Pursuits
A Rare Benetti Giga Yacht, On Sale and Ready to Sail
Share
Next article

It’s not often a brand new giga yacht is made available for sale – one that’s already built, fitted out and pretty much ready to sail off towards the faraway blue horizon. But Benetti’s 107.6-metre-long, FB272 M/Y Luminosity, built with a steel hull and aluminium superstructure, is just such a rarity.

The second in a series of three such vessels, the 5,855-tonne vessel features a stunning exterior design by Zaniz Jakubowski Design, RLD and Benetti’s own Giorgio M Cassetta that resembles a glass palace. Vast interiors – there are 12 cabins for up to 22 guests and accommodation for a crew of 37 – are lavishly decorated by furnished by Zaniz Jakubowski, with features that include a 370-square-metre visual panel on the main lobby stairwell that resembles a gently swaying forest.

Luminosity also bristles with high-tech systems and amenities: it’s powered by a diesel-electric hybrid propulsion system and features twin ABB Azipods for totally silent, vibration-free navigation. And if you need to make a rapid escape to appointments on land, the yacht also has a helipad, as well as garage space for two cars, a 24-foot sailing boat and two motorcycles.

As we said, if you’re interested, you’ll need to move fast. Vessels such as this normally take several years to order and build, but with Luminosity you could be weighing anchor almost as soon as you’ve signed on the dotted line.

The exterior of Luminosity

Out on the deck

The rooms and facilities