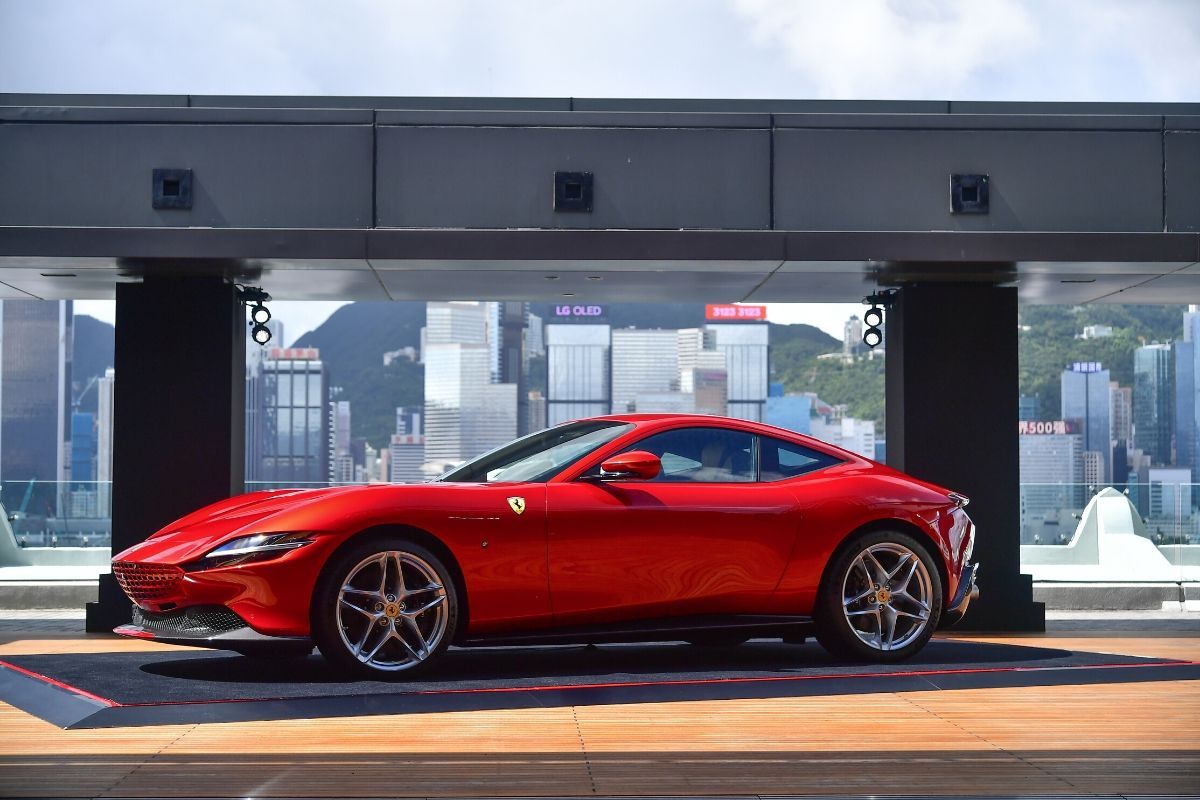 The most beautiful Ferrari to emerge from the factory in Maranello has just been unveiled in Hong Kong.

A svelte, 2+2-seat coupe, whose underpinnings are based on those on the current Portofino coupé/convertible, the new Roma’s bodywork is surprisingly not the work of the Pininfarina design studio – which traditionally was responsible for many of Ferrari’s most beautiful cars – but rather the manufacturer’s own team of stylists in its Centro Stile department. 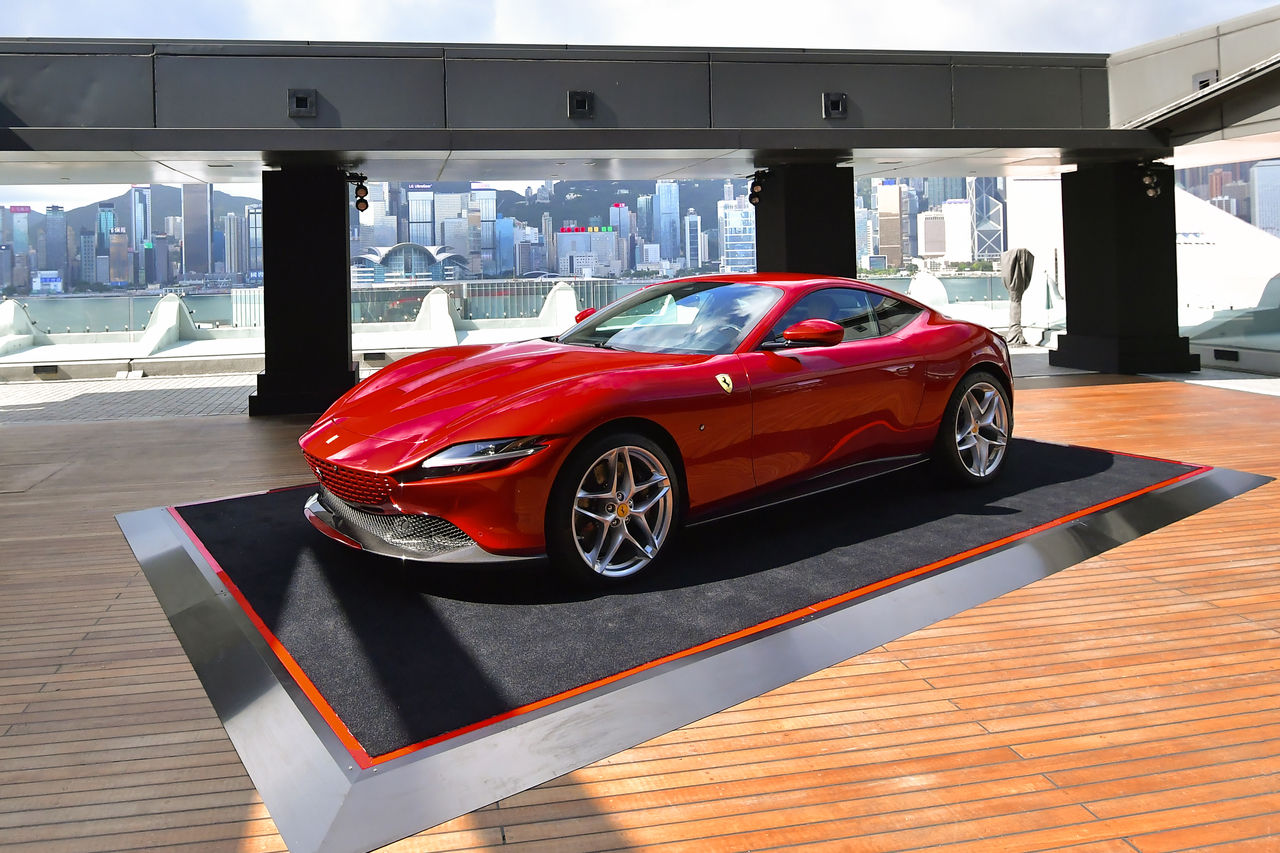 Resplendent in its red paintwork, the car was displayed outside The Peninsula Hong Kong against a background of the island skyline, and it took away the breath of almost everyone who saw it. That’s hardly surprising, as it marries the elegant proportions of a traditional front-engine GT with a roofline and fastback tail treatment that verge on the sublime; many have said it’s a modern-day interpretation of the classic 250 GT SWB (which is featured in our recent interview with Hong Kong racer and collector Jonathan Hui) – high praise indeed.

Like the Portofino, the Roma is powered by Ferrari’s bi-turbo V8, which here has been fettled to provide 612bhp; that’s transmitted to the rear wheels by a smart, eight-speed dual-clutch gearbox, which made its debut on the SF90 Stradale hybrid hypercar (and we especially like the new console-mounted selector arrangement, with its echoes of the metal gate found in traditional manual-transmission Fezzas). Naturally it comes with all the trick driving aids, including the latest iteration of Side Slip Control and a steering-wheel-mounted manettino switch that operates the five driving modes, from Wet to maximum-attack ESC-Off settings. 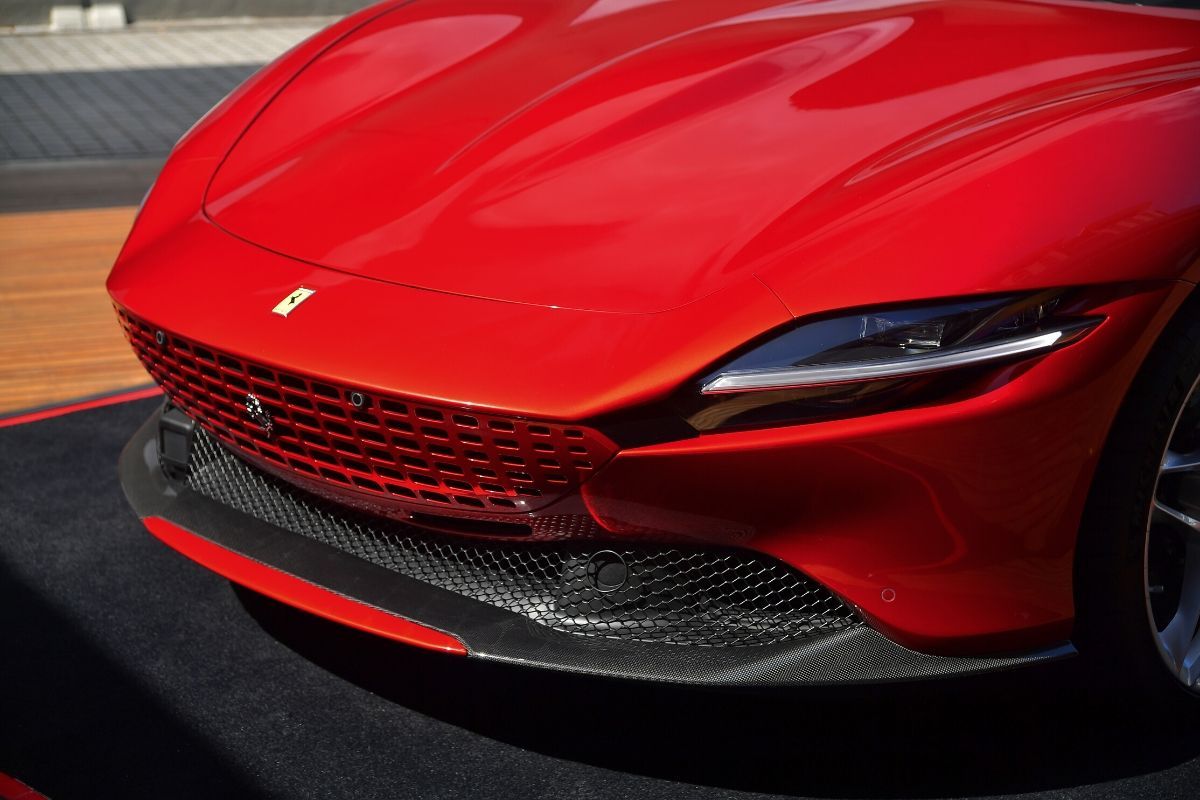 As for the 2+2 seating, the legroom in the back is so minimal that we doubt those two chairs could be comfortably occupied by anyone taller than small children. The interior, though, is beautifully appointed and features Ferrari’s new-generation touchscreen – a vast improvement over its predecessor.

Of course, we’re itching to drive this gorgeous new Ferrari, but as that’s unlikely to happen for several months, in the July issue of Prestige we’ll be bringing you a very special celebrity photoshoot in which the Roma is one of the two stars. Keep your eyes on your nearest newsstand, and stay tuned on prestigeonline.com for more.