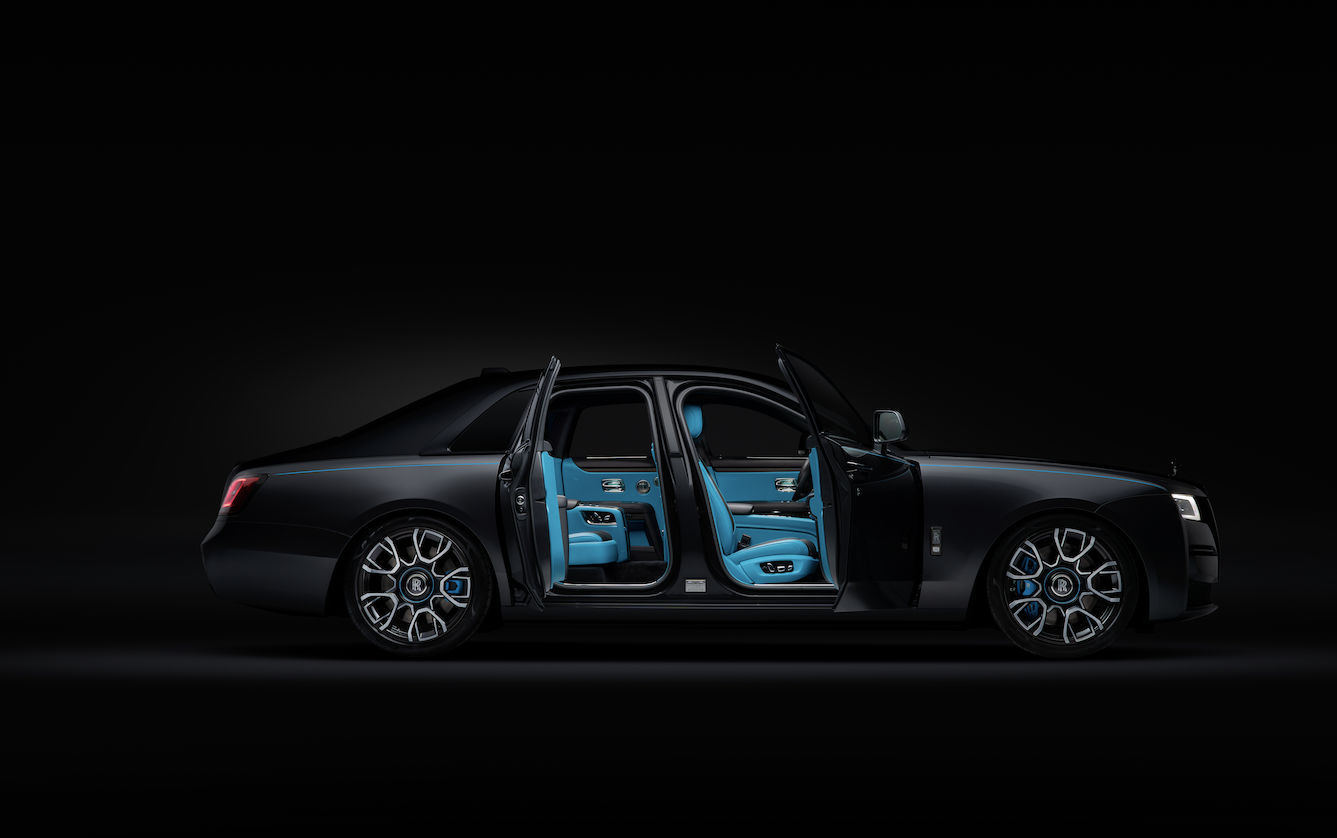 We take a drive to the dark side aboard Rolls-Royce’s Black Badge Ghost.

Are cars male or female? Conventions have changed since the late-19th century when people first started puttering about in the horseless carriages, but well into the 1950s – and probably a good deal later than that – automobiles were always regarded as belonging to the fairer sex. It was no accident, for example, that when in 1902 Emil Jellinek, the business partner of Karl Benz and Gottlieb Daimler, looked for a trademark for the duo’s cars, he chose his daughter’s name, Mercedes, over the Adolph or Fernand of his sons. To have done otherwise would have been unthinkable: cars were regarded like boats, which traditionally were dedicated to a goddess or matriarch and invariably loved by the men who sailed in them. Thus, a motor car was a woman.

Think of the gorgeous Talbot-Lago 150 Teardrop Coupe, the Ferraro GTO or the Jaguar E-Type, none of which could ever be considered masculine. Consider, too, the loveliest Rolls-Royce that comes to mind – perhaps it’s the Silver Dawn Drophead Coupe of the late-’40s to mid-’50s, with its voluptuous front wings, rear bustle, wheel spats and a sweeping tail that gracefully billows like a ball gown. No way is that car a man – unless, of course, it’s competing in the kind of drag race organised by RuPaul.

But here’s the conundrum. Today I’m driving a car with that self-same RR badge and winged female figurine above its subtly illuminated Parthenon-inspired front grille, yet this automobile simply cannot be thought of as feminine. To be precise, it’s a Rolls-Royce Black Badge Ghost and though mechanically it’s only marginally different from the latest version of the company’s “entry-level” limousine, pretty much all of it is decked out in the deepest shade of black. I say “pretty much”, because there’s a pair of turquoise waist-level coachlines running along its length, which arematched by the coloured disc-brake callipers that lurk behind 21-inch carbon-aluminium wheels. Otherwise, even the brightwork, including that Spirit of Ecstasy mascot, which pops out from the bonnet on ignition, has been given the full noir treatment. If a 5.4-metre-long car that tips the scales at almost 2.5 tonnes can ever be considered stealthy, then this, I suppose, is it.

The concept behind the Black Badge package, which is also available on the Wraith coupe, Dawn convertible and Cullinan luxury utility vehicle, is simple. Throughout the company’s long history, Rolls-Royces have been associated with an older and stuffier demographic made up of royals, aristocrats, plutocrats and ageing movie stars. Black Badge has been devised to overturn that perception and attract a new and younger clientele – people just as wealthy as the company’s traditional customers but likely to be attracted by an edgier and, as the company puts it, “more urgent” persona. In other words, they’re tech moguls, footballers, supermodels, rock stars and rappers (and yes, there’s even a dangerous hint of gangsta about this brand-within-a-brand), owners who do the driving duties themselves rather than calling on James to do it for them.

The strategy has evidently worked: since Rolls’ darker “alter ego” was introduced in 2016, its popularity has grown to the point that at last count it was responsible for some 27 percent of all sales; crucially, it’s also helped drag the median customer age down to a relatively youthful 43. And lest you’d got the impression that Black Badges had to be black, the company says its customers “are free to select any of the marque’s 44,000 colours to create their own entirely unique bespoke hue”.

Of course, beneath all the attitude, the Ghost I’m driving is every bit a Rolls-Royce, with all the state-of-the- art engineering and rarefied luxury that implies. Beneath its massive bonnet lies a 6.75-litre, twin-turbocharged V12 that lazily churns out 592bhp – 29 horses more than the regular non-Black Ghost – while peak torque is boosted slightly to an even-more-thumping 900Nm, the entirety of which is up for grabs at engine speeds barely above idling. All that grunt is fed to all four wheels (each of which is steerable for greater agility) via a sophisticated eight-speed automatic transmission whose software optimises performance by crunching information from satellite and cameras – as indeed does the active air suspension’s terrain-anticipating Planar system, which does an impeccable job of ironing out road imperfections. To suit the car’s bad-boy demeanour, the damping itself is set a little firmer than on regular Ghosts, and whenever the transmission’s “low” setting – Rolls evidently can’t bring itself to use the word “sport” – is engaged, it stiffens up even more, as does the otherwise feather-light steering.