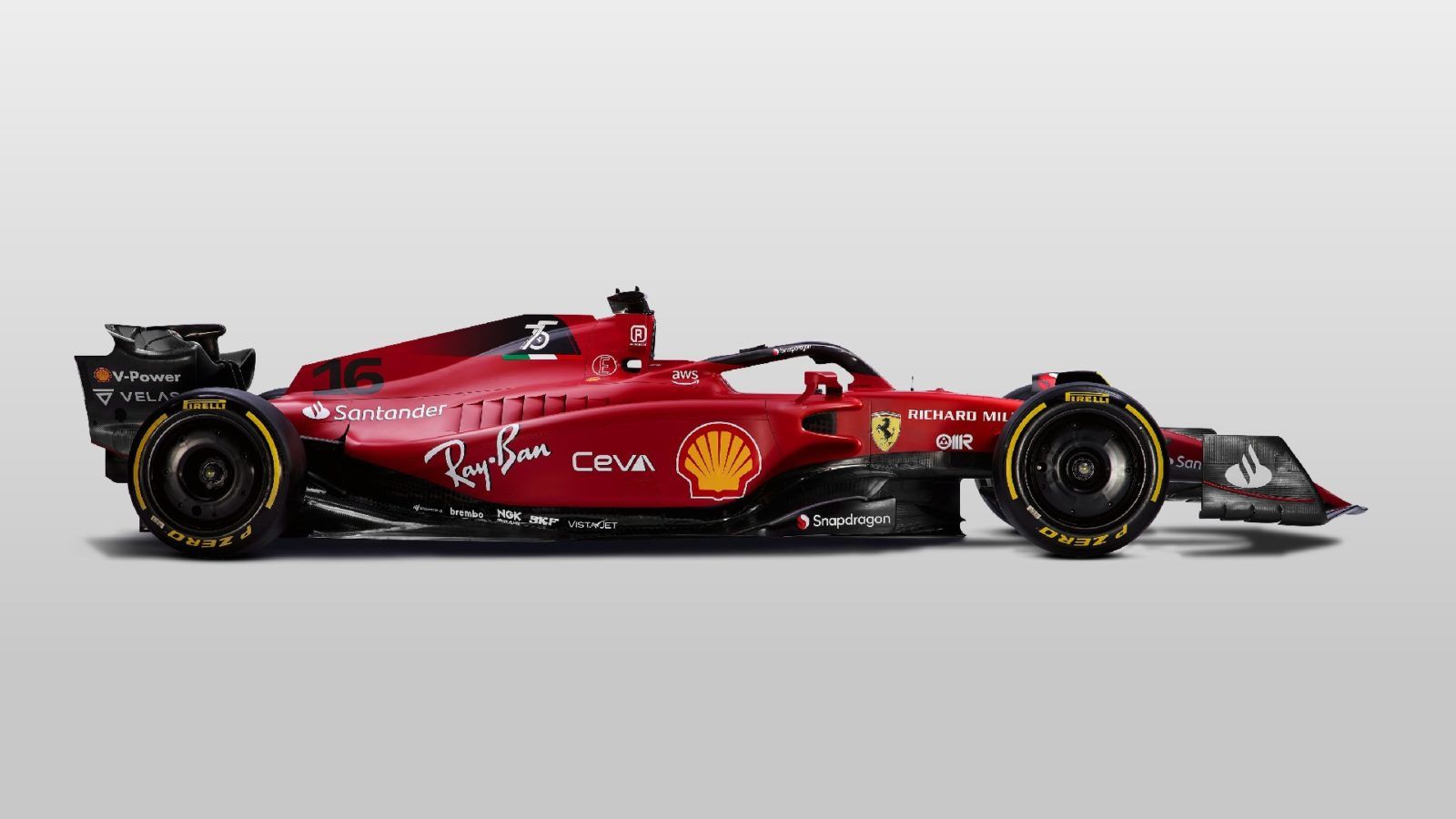 Italian Formula 1 constructor Ferrari unveiled its latest machine, the F1-75, at a digital launch on 17 February 2022. The car is designed keeping in mind the technical regulations for the 2022 Formula 1 season.

Ferrari drivers Carlos Sainz and Charles Leclerc, who would be back behind the wheel in the 2022 season, were present at the unveiling.

Know more about Ferrari F1-75, the launch and what drivers have to say

In a statement, team principal Mattia Binotto said, “We have a good team of people here who have gone from strength to strength, investing all their skills in this project and I am proud of them.”

“We have tackled the challenges of this project with an innovative approach, because, apart from the requirements of the completely new technical regulations, we believe that we had to take on this exercise with an open mind,” Binotto added.

The F1-75, which was recently seen during a demo run in Fiorano, Italy, has been named in honour of Ferrari’s first production car, the 125 S. That car was produced 75 years ago.

Binotto said the company worked through the winter break on the power unit of the car.

“The power unit we worked on a lot through the winter season, not only the entire last year; we had to develop it because we know that it will be a key element for the next seasons,” he explained.

He further said, “So, we developed it in terms of a lot of innovation on the combustion engine, a lot of development on the hybrids that we brought as development last year in the season but furthermore, I think there is quite a lot that has been done.”

Binotto added that the team also worked on the suspension and the rear wing.

Calling the 2021 season “great” for himself, Sainz, who finished fifth in the rankings last season, said that it was now time to “take the team to a different level, take it to a different step.”

“As drivers and the team together, we want more things and more success in 2022 — so let’s go and get it,” the Spanish driver said.

Commenting on the car’s design, Leclerc said, “I think I’ll love it even more if it’s fast on track but I absolutely love the look…I think it fits perfectly.”

The Monégasque racer ranked seventh in the 2021 season.

Ferrari is the most successful F1 team in history with 15 drivers’ and 16 constructors’ world titles. In 2021, Ferrari finished third in the constructors’ championship.