Join the Q for Your Own 007 Aston Martin 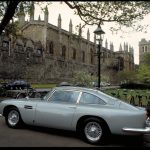 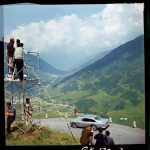 Buried by all the speculation as to who will replace Daniel Craig as the next cinematic 007 – Tom Hardy, James Norton, Idris Elba and Jack Huston are among the leading contenders – is the news that Aston Martin is about to start building a run of 28 continuation Goldfinger DB5 coupes featuring several Q-style gadgets as used in the 1964 movie. Deliveries of the £2.75-million machines, which are being created in association with EON Productions and the film company’s special-effects supervisor Chris Corbould, will begin in 2020.

The cars will be built to a single specification that includes Silver Birch paint, and though there’s no word yet as to whether they’ll be equipped with an ejector seat, retractable machine guns or wheel-boss scythes, rotating number plates will definitely be part of the package. Presumably for that reason, Aston tells us the cars won’t be road-legal.

As doubtless that’s hardly likely to deter would-be Sean Connerys, demand for the 25 examples that will be offered for sale (Aston Martin and EON will get one each, with a third auctioned for charity) is likely to be steep. So if you’ve got HK$30 mil going spare and secure, airconditioned premises in which to store your DB5, you’d better act fast.

Sign up to get the latest luxury and lifestyle news delivered to your inbox.
Aston Martin James Bond
Jon Wall
Editor-in-Chief
A Hong Kong resident for more than 30 years, Jon has worked on publications devoted to culture, travel and lifestyle, as well as a short stint in daily newspapers, since the late ‘70s. He loves travel, literature, jazz, wine, aircraft and, especially, motor cars – and has occasionally been known to knock together a reasonably edible meal.
Motoring travel watches Boats wine Music men's style

The Newron EV-1 Wooden Motorcycle is an Eco-Game Changer