Italian car manufacturer Maserati has extended its high-performance Trofeo branding across its model range. Formerly applied only to its Levante SUV, the Trofeo designation not only brings power upgrades, but also new technological features and stylistic flourishes.

Thus, the Quattroporte and Ghibli Trofeo saloons both receive a 3.8-litre, twin-turbo V8 engine, which is specially built for Maserati at the Ferrari plant in Maranello. The motor produces maximum power in excess of 570bhp and a peak torque of 730Nm, lusty numbers that enable both models to share the title of fastest four-door Maseratis ever, each with a maximum speed of 326km/h. Power is sent to the rear wheels of both vehicles by an eight-speed automatic gearbox. The Trofeo versions of the two saloons can be distinguished from their less powerful brethren by front grilles with twin vertical bars in Piano Black finish, as well as the use of carbon-fibre for the front air-duct trims and rear diffuser. As with the existing Lavante Trofeo SUV, the Quatroporte and Ghibli models also get red detailing beneath the exterior side air vents, as well as a red lightning bolt on the C-pillar Trident badge. New rear light clusters are another giveaway – inspired by those on the historic Maserati 3200 GT and the more recent Alfieri concept – as are a restyled bonnet with cooling ducts on the Ghibli and 21-inch Orione wheels on both saloons. 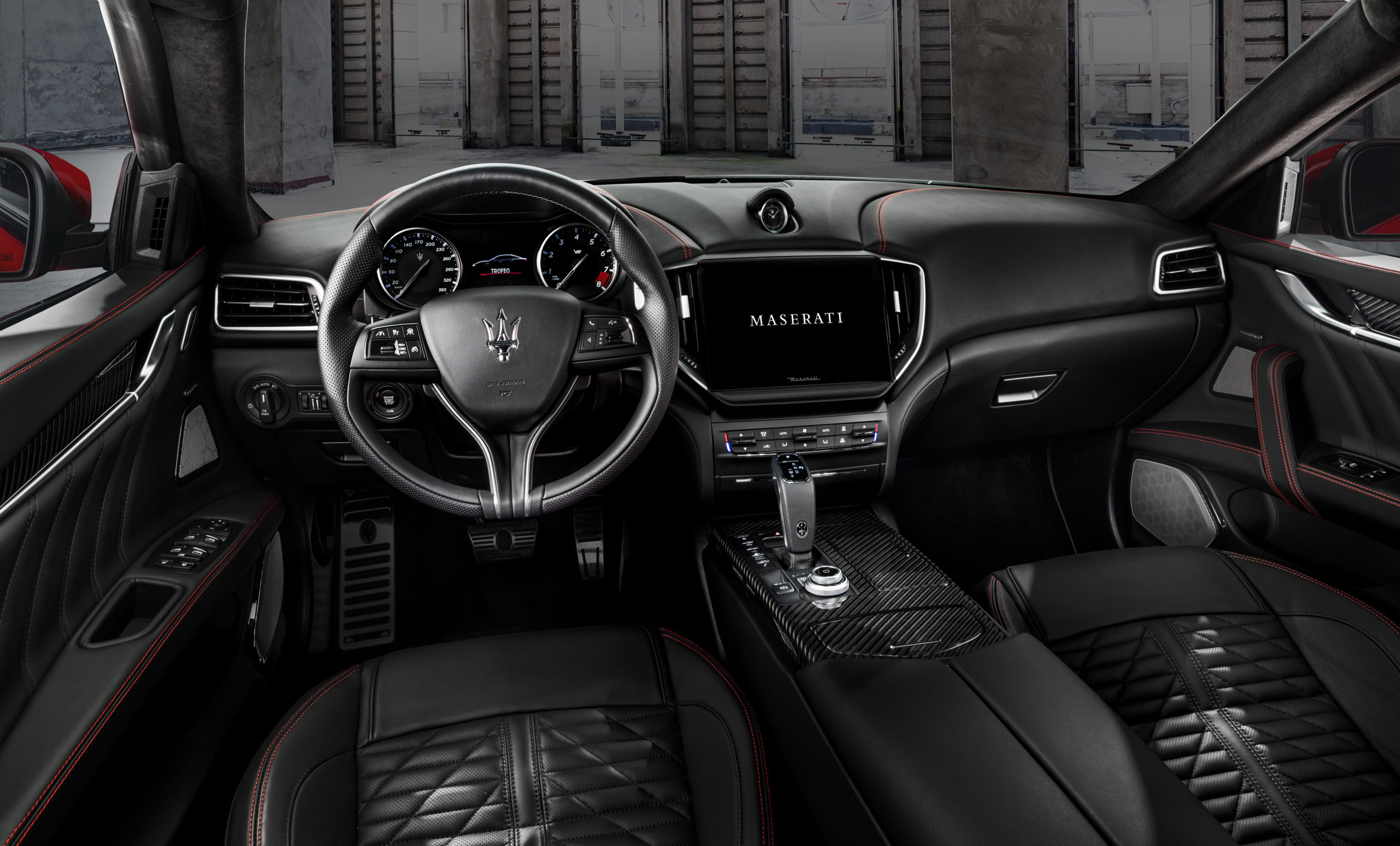 On the inside, the Trofeo saloons come swathed in full-grain Pieno Fiore leather upholstery and three-dimensional branded headrests. The suite of electronic systems now includes Active Driving Asist, as well as an enlarged, 10.1-inch infotainment screen with upgraded resolution and graphics. By extending the Trofeo branding and extending hardcore performance across the range, Maserati isn’t merely pleasing those enthusiasts who consider that the Modena company’s offerings have gone a trifle soft of late. It also plugs a yawning gap left by the departure of the glorious GranTurismo from the line-up, which probably won’t be replaced until a new model, reportedly based on the Alfieri and featuring significant electrification, arrives next year.