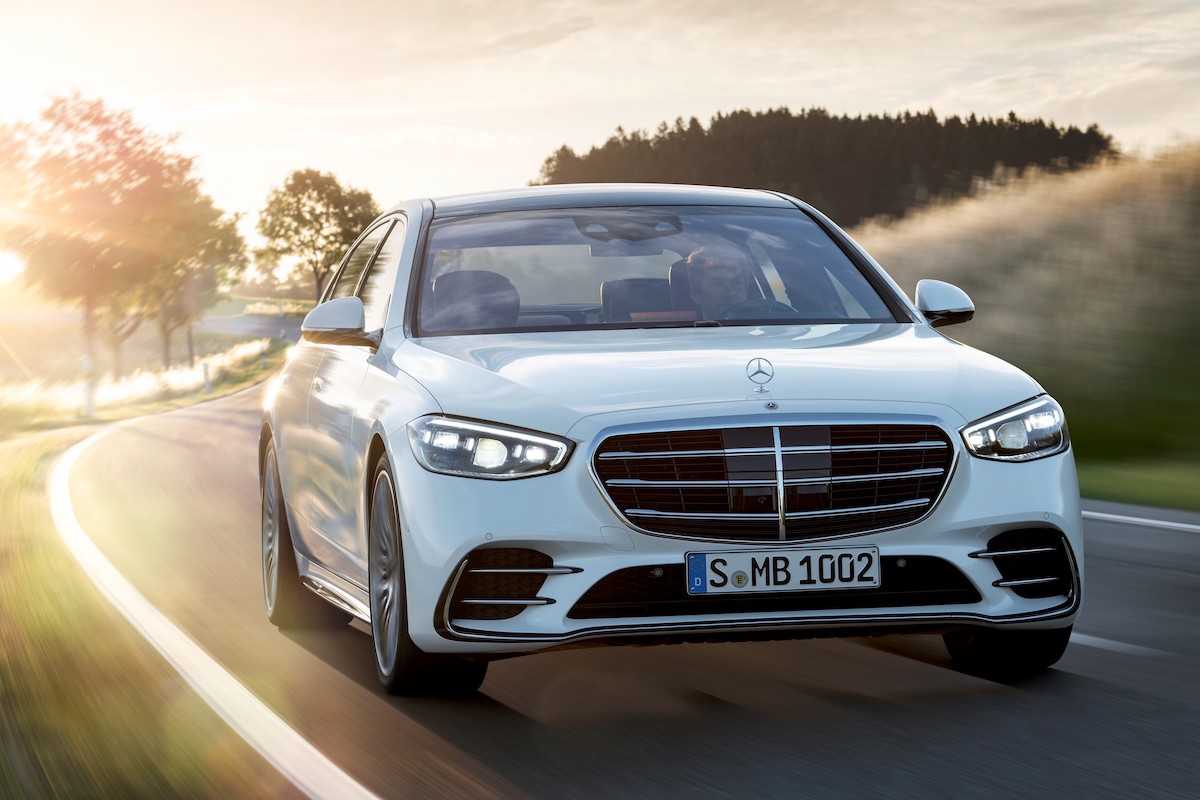 Pursuits
The Boss is Back: Say Hello to the New Mercedes-Benz S-Class
Share
Next article

Long considered the yardstick by which full-size luxury saloon cars are judged, the latest Mercedes-Benz S-Class, now in its seventh generation, is on sale in Hong Kong. And though its sheet-metal styling is so evolutionary it’s hard to tell it apart from its predecessor, the latest model is so jam-packed with intelligent tech that it’s surprising there’s room for the passengers at all.

We joke, of course, because when it comes to the kind of lebensraum that the Sonderklass’s well-heeled customers love to stretch out in – and, indeed, have come to expect – there’s plenty of it, with an interior that’s utterly new (and whose stunning design cues are likely to filter down through the entire Mercedes range). The driver’s seat, for example, can electronically adjust in so many directions – and employs so many motors to do so (there are an astonishing 19 of them) – that it’s surprising it doesn’t take on a life of its own.

An “interior assistant” interface, which uses an array of user-identifiers (including voice, eye-tracking and gesture control), takes care of many functions that the drivers of lesser vehicles are forced to perform themselves. And as for the cabin architecture, finish and build quality, well, they verge on the spectacular, with more acreage of LCD screens to divert the eye than the average multiplex (the driver’s display even benefits from eye-tracking 3D technology).

Safety is, always, in the forefront, with rear-seat passengers getting an airbag that reduces loads on the head and neck in the event on a frontal collision (it’s standard on S500 models). Rear-wheel steering is now an available option, always a boon on big cars such as this, and an upgraded suite of driver-assistance aids mean that the S-Class could pretty much drive itself, if only it were legally permitted to do so.

Initially, the Mercedes-Benz S-Class is available in two versions, the S450 and S 500, both of which are fitted with Mercecdes’ 4Matic all-wheel-drive system and nine-speed multi-clutch transmission. Although both have a mildly hybridised 3-litre straight six under the bonnet, the S500 gets increased horsepower and torque, making it the model that more enthusiastic drivers are likely to choose. Expect hybridised, electric and even more luxurious Maybach versions to follow, though what we’re not going to see this time around are either a coupe or a convertible: in future, niches such as these are likely to be handled by Mercedes’ performance offshoot, AMG.

Sign up to get the latest luxury and lifestyle news delivered to your inbox.
Mercedes-Benz Luxury Cars
Jon Wall
Editor-in-Chief
A Hong Kong resident for more than 30 years, Jon has worked on publications devoted to culture, travel and lifestyle, as well as a short stint in daily newspapers, since the late ‘70s. He loves travel, literature, jazz, wine, aircraft and, especially, motor cars – and has occasionally been known to knock together a reasonably edible meal.
Motoring travel watches Boats wine Music men's style