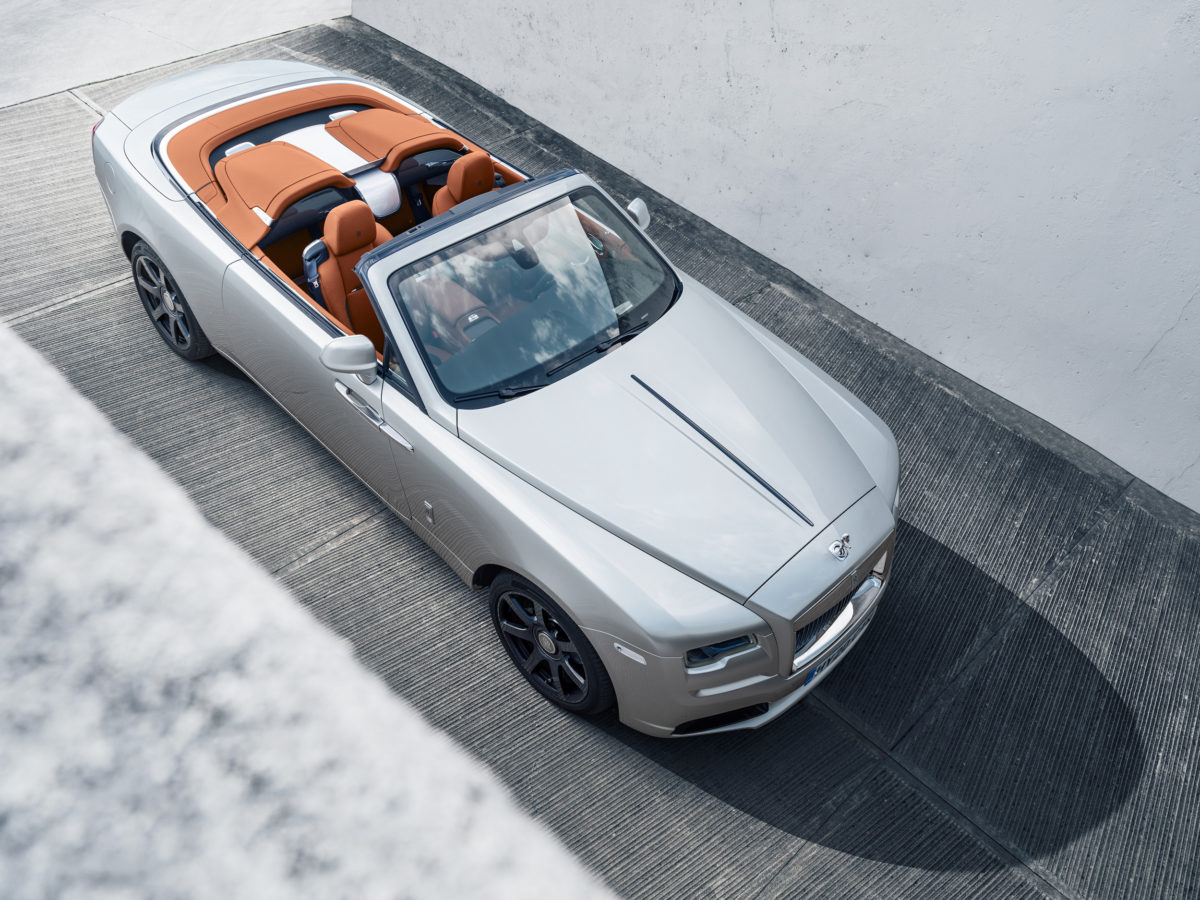 If we had to choose one model from Rolls-Royce’s current range of ridiculously luxurious motor cars, that would almost certainly be the Dawn – or, as a company notoriously averse to the definite article would have it, simply “Dawn”. That’s not only because the elegant and retro-inspired drop-top is one of the few proper four-seat convertibles around, but it’s also due to the fact that on the rare occasions we’ve driven one, we’ve had a similar kind of feeling as when riding aboard that most gloriously sublime of conveyances, a classic Riva Aquarama boat.

Now, though, it seems that Rolls-Royce has decided that the regular Dawn isn’t quite retro, extravagant or exclusive enough, so it’s just unveiled a special two-seat edition in a limited run of 50 examples, which channels the spirit and ethos of roadsters of the Roaring Twenties – cars such as the ’27 Phantom Brewster Roadster, for example. Named Dawn Silver Bullet, it’s designed to transport a pair of bright and carefree young things, who might set out one summer morning in London, drive like hell (while luxuriating in extreme comfort) throughout the day and then find themselves basking in the warmth of the Côte d’Azur in the evening. As one frequently does.

Aside from its “ultra-metallic” Silver Brewster paint finish, the car has been accoutred with all manner of bespoke extras, from the sleek, double-bubble Aero Cowling that replaces the two rear seats and adds a more sporting element to the car’s rakish good looks, to Black Pack detailing, darkened headlamp lenses and, on the interior, a leather-quilted transmission tunnel and high-tech matte open-pore carbon-fibre panels that replace the traditional cabin woodwork.

Although so far it’s hard to glean much in the way of technical information on the Silver Bullet, we’d be surprised if it deviates significantly from the specs of the existing Dawn. Thus, the latter’s humongous 6.6-litre, twin-turbo V12 – which provides more than 560bhp and absolutely oodles of torque – is likely to remain pretty much unchanged, as are the slickly unobtrusive eight-speed autobox and the pillow-softness of its ride.

Nor has Rolls-Royce yet divulged the Dawn Silver Bullet’s price, though as you’ll get no change from HK$10 million for the standard car it would be reasonable to expect a considerable premium on that. Ourselves, we’d probably opt for the convenience – and conviviality – of four seats, then splash the extra cash on personalisation, but it’s not at all hard to envisage at least 50 UNWIs for whom more than two passengers is a crowd and the raffishly retro Dawn Silver Bullet should work just fine.

Sign up to get the latest luxury and lifestyle news delivered to your inbox.
CARS Rolls-Royce ROLLS-ROYCE DAWN
Jon Wall
Editor-in-Chief
A Hong Kong resident for more than 30 years, Jon has worked on publications devoted to culture, travel and lifestyle, as well as a short stint in daily newspapers, since the late ‘70s. He loves travel, literature, jazz, wine, aircraft and, especially, motor cars – and has occasionally been known to knock together a reasonably edible meal.
Motoring travel watches Boats wine Music men's style