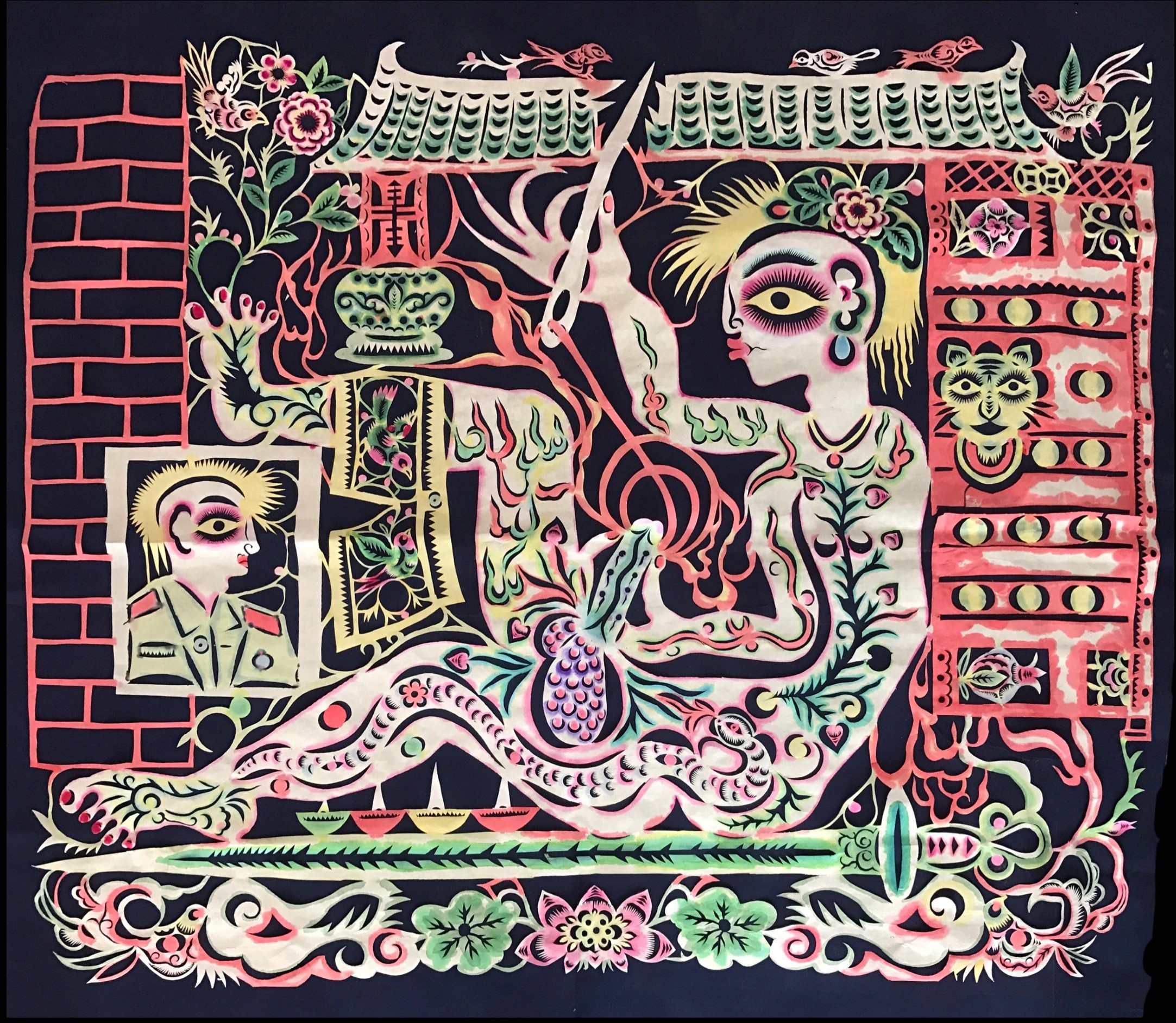 People often ask me how the team at Sunpride Foundation managed to choose such an apt time to launch our LGBTQ-themed show Spectrosynthesis – Asian LGBTQ Issues and Art Now, currently on display at the Museum of Contemporary Arts (MOCA) in Taipei. Truth be told, when we first initiated the exhibition concept three years ago, our team could not have predicted that 2017 would herald so many poignant cultural and political milestones for the LGBTQ community. From London’s Tate Britain hosting Queer British Art to commemorate the 50th anniversary of the partial decriminalisation of male homosexuality in England; Madrid’s Museo del Prado celebrating world pride with The Other’s Gaze, an exhibition devoted to same-sex marriage; and Taiwan’s highest court ruling in favour of same-sex marriage on May 24; it’s been a memorable year.

Credit goes to MOCA’s director Shih Jui-jen for foreseeing the opportunity to present Spectrosynthesis. Running until November 5, the exhibition features artists from Hong Kong, China, Singapore, Taiwan, the United States and Canada, and gives the general public in Taiwan a chance to reflect on local LGBTQ issues with maximum global synergy.

In spite of the serendipity at play here, I believe that any time is a good time to start a dialogue on LGBTQ themes and issues, and the earlier this starts the better.

Taiwan’s LGBTQ rights move-ment is the most progressive in Asia. Taiwan Pride, for example, is Asia’s largest Pride event and the country’s LGBTQ community has experienced an increasing rate of social acceptance over the last few decades, culminating in the recent ruling in favour of same-sex marriage. For us at Sunpride Foundation, Taiwan was the natural choice for the launch of Spectrosynthesis. It marks the first time a thematic exhibition on LGBTQ issues has been presented at a government-run museum in Asia, making the exhibition itself a further positive move for the LGBTQ community in Taiwan and beyond.

While I had always hoped, of course, that Taiwan would rule in favour of same-sex marriage and that the country, along with the rest of world, continues to make constitutional changes in support of other LGBTQ rights, I also know that social acceptance is just as important as legal sanction.

It is my opinion that art is a universal language and an effective way of bringing about greater awareness and a more harmonious society, and is there-fore the perfect tool for this endeavour. Unfortunately, the mainstream media often provides only sensationalised perspectives on LGBTQ life. It is important that the public garner a more realistic view for themselves of what LGBTQ life is like, and what it has been like in the past. We at the foundation, along with the exhibition’s curator Sean Hu, hope for the 50 varied works within Spectrosynthesis to introduce many facets of the LGBTQ community to the public.

For example, Heart Sons and Heart Daughters, a set of charcoal drawings by Singaporean contemporary artist Jimmy Ong, sentimentally envisions gay parenthood, while Samson Young’s Muted Situation features a choir that sings yet makes no sound, encapsulating an atmosphere of political suppression. Notions of identity can be found in Tseng Kwong-chi’s monumental selfies taken in front of famous landmarks, Martin Wong’s phallic subjects and prison scenarios illustrate lust, while Hou Chun-ming’s Man Hole displays participants’ self-images back-to-back against the artist’s own interpretations, in a striking allusion to the stigmatisation of the gay community.

Many of the works focus on modern social structures that affect LGBTQ people. Positive change is what I, alongside the Sunpride Foundation, hope to bring about. It’s the notion that gave rise to the name Spectrosynthesis, which is an amalgamation of the words spectrum and synthesis, denoting the ethos of unity and inclusivity that we wish for all people.

With Taiwan paving the way for other countries in Asia to improve the quality of life for LGBTQ citizens, it is our aim to further spread the word by bringing Spectrosynthesis to other cities, opening dialogues on the diversity of human social values as part of our effort to foster a healthier, stronger and more equitable world for everyone. In view of the recent setbacks to the LGBTQ rights movement in our neighbouring countries, an art exhibition on this theme could not have been more fortunately, or appropriately, timed.

To save you the trouble of continuously visiting t