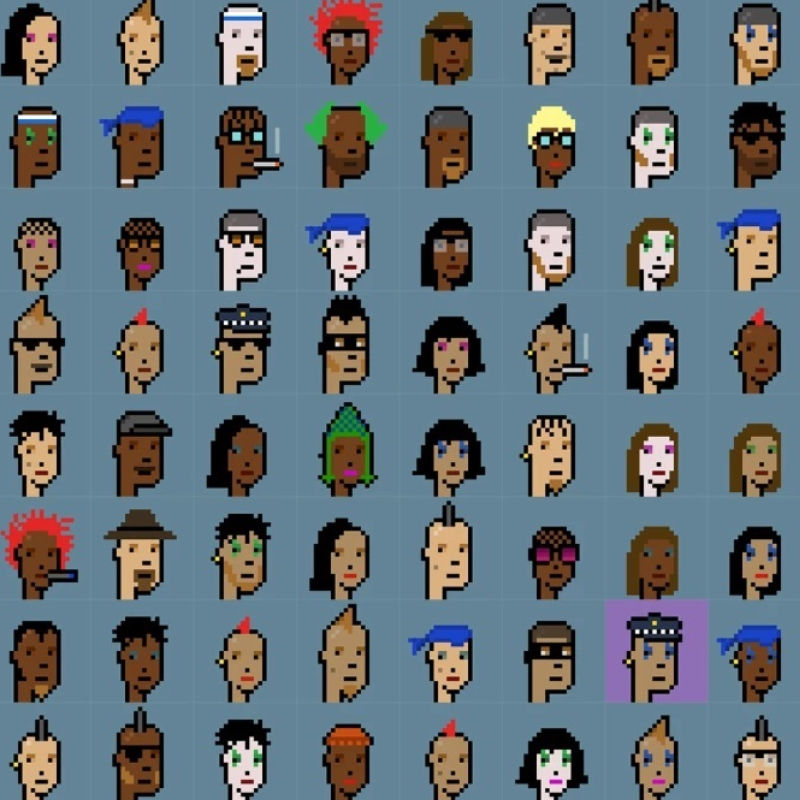 The auction, titled “Punk It!”, will be held following a live exhibition of the iconic NFTs, which is set to begin on 18 February and will conclude on 23 February.

In a statement issued on 8 February, Sotheby’s said that the collection will be sold as a single lot and is expected to fetch between USD 20 to 30 million. According to Sotheby’s ?the sale marks the highest valued estimate for an NFT or digital art ever offered at auction?.

Bidders can use cryptocurrency

The 104 CryptoPunks were acquired by anonymous collector ?0x650d?. Like other CryptoPunks, the 104 in the lot have varied attributes ? mohawk haircuts, sunglasses, hats, and other accessories.

According to Sotheby?s the particular group up for auction also ?showcases the diversity embedded in the original algorithm?.

Bidders will be able to use cryptocurrency. Sotheby?s is extending the facility for the winning bidder to make payment in Ether, Bitcoin, and USD Coin besides fiat currencies.

?CryptoPunks are the original PFP series that created the template for other NFT projects that have followed, and which helped propel NFTs to the global stage as one of the most recognisable visual styles that have become synonymous with the digital art movement,? Michael Bouhanna, Sotheby?s Co-Head of Digital Art, said in the statement.

Sotheby?s will be holding a live panel discussion before the auction. It will focus on the history of NFTs and CryptoPunks, keeping in view their immense popularity among celebrities such as Jay-Z and Jason Derulo who adopted them as their profile pictures.

Speakers who would appear on the panel are yet to be announced.

CryptoPunks get the Sotheby’s treatment. Our next #SothebysMetaverse sale ‘Punk It! 104 CryptoPunks. 1 Lot.’ will be a landmark LIVE Evening Auction on February 23. A truly historic sale for an undeniably historic NFT project. pic.twitter.com/LAu6j8Atu3

The highest price a CryptoPunk has ever fetched at a Sotheby?s auction is USD 11.75 million, when CryptoPunk #7523 went under the gavel in June 2021.

CryptoPunks are pixelated portraits of punk rock cartoonish faces created by Larva Labs in 2017. The entire collection has 10,000 NFTs, each different from the other due to their unique mix of attributes.

Both as a collection and as individual tokens, CryptoPunks are among the most famous NFTs of all time.