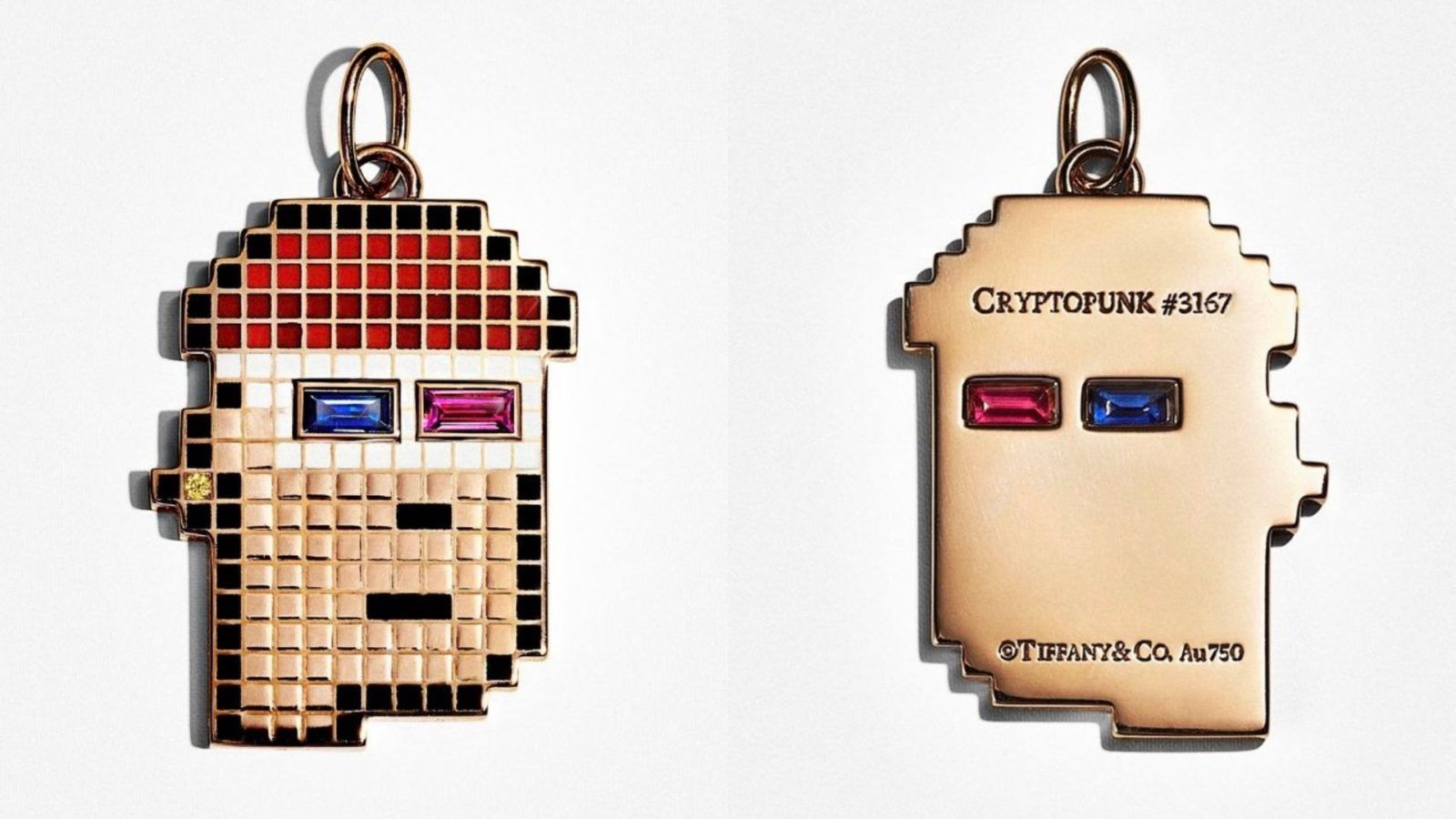 Announcing his entry into the digital community by replicating his new NFT profile picture on a piece of jewellery, Tiffany & Co.’s executive Vice President Alexandre Arnault debuted a new shiny pendant with a CryptoPunk makeover. Arnault made waves in the NFT world, when he took to Twitter to unveil his pendant, which is encrusted with gemstones and modelled after the NFT he owns.

The New York jeweller changed his Twitter and Instagram profile pictures to a CryptoPunk with a pixelated face donning 3D glasses and a beanie. He did not seem to be discouraged in spite of his father, Bernard Arnault, publicly expressing concern and scepticism regarding him getting involved with crypto and NFTs, just days before his pendant was revealed.

The NFT, titled Punk 3167, was sold for ETH 160 (approximately USD 416,400), reported Vogue Business. Arnault’s entry into the NFT community showcases the metamorphosis that luxury jewellery and fashion houses are going through, to adapt to the new and advanced digital era, led by the younger generation of VPs and CEOs. The legitimacy of his new profile picture was even confirmed by French fashion house Louis Vuitton.

More about the CryptoPunk pendant

When punks go wild at @TiffanyAndCo

To further strengthen his presence in the NFT community, Alexandre unveiled the rose gold and enamel CryptoPunk, designed and crafted by Tiffany & Co. Inspired by his NFT profile picture, the pendant features a pixelated face embellished with a sapphire and a Mozambique ruby, both baguette-cut, along with a round-cut yellow diamond adorning the punk’s ear. The pendant is also engraved with the Tiffany & Co. copyright.

“When punks go wild at @TiffanyAndCo”, he captioned his tweet indicating the launch of his unique NFT-themed jewellery.

Other projects by Tiffany & Co.

The American luxury jewellery brand also executed an April Fool’s prank by announcing the launch of its new cryptocurrency, TiffCoin, earlier this month. Even though the TiffCoin cryptocurrency was not real, the brand went on to drop a collection of engraved and uniquely numbered physical gold coins instead. Owners of this gold TiffCoin would be privy to future exclusive Tiffany & Co events and be a part of the brand’s tightly-knit community.