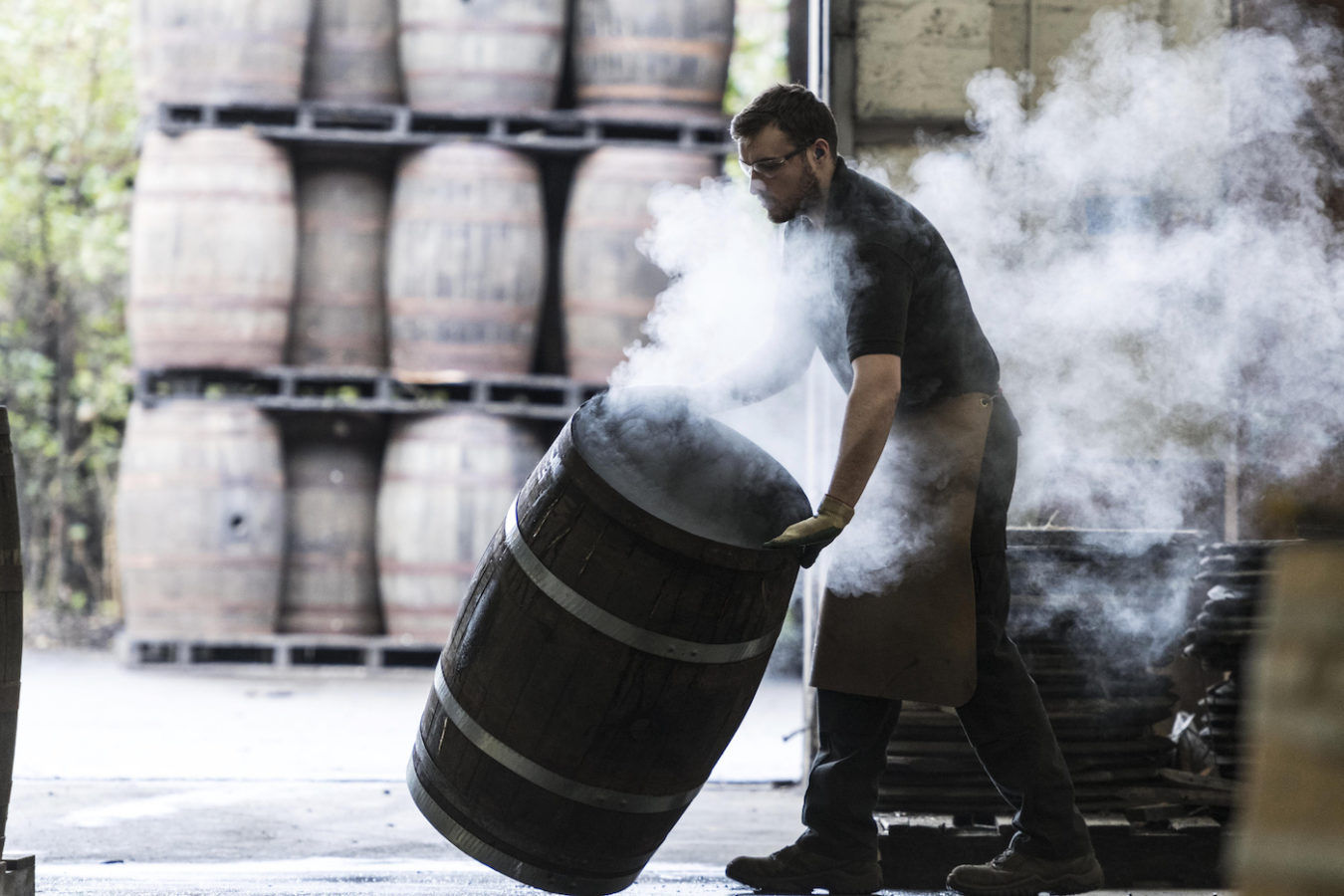 Pursuits
The Growing Prominence of Whisky Investing
Share
Next article

With volatility across traditional financial markets, whisky investing is on the rise. But, we ponder, is this a case of liquid or fool’s gold?

They call it “liquid gold” – and as an investment, whisky is starting to live up to the name. Last May, at Bonhams Fine and Rare auction in Hong Kong, two bottles of The Macallan 1926 sold in separate lots to different bidders for more than US$1 million each, breaking world records for the spirit set just a month before.

It was yet another sign of the growing prominence of whisky investing, an asset that, on paper at least, has seen dramatic gains. Over the past decade, rare whiskies have appreciated by 580 percent, outpacing the stock market and most commodities, according to Knight Frank’s 2020 Wealth Report. And even on a more conservative scale, Rare Whisky 101’s Apex Index of best performing bottles, measured 7 percent annual returns over the last few years.

“Whisky is a very unique asset class – it’s what we get asked about most – there’s nothing that compares to it,” says Andrew Shirley, Knight Frank’s Wealth Report Editor. “It’s long established, but has only recently had huge momentum around it. Wine has new vintages every year, but that’s not the same for very rare whiskies – you’ve got this finite supply, which is why it’s such an interesting thing to collect.”

That new-found interest in rare whiskies is largely being driven by millennial investors from Asia, the Covid pandemic seeing sales swell as they seek investments that play double-duty to drown their sorrows. Stocks and bonds are their safe havens, and dramatic auction-house increases in art, wine and vintage cars have them feeling priced-out – but whisky is an affordable asset with the possibility of massive returns, all driven by passion.

“We’re seeing younger collectors come into market, who are falling in love with the spirit; it’s a passionate investment, as we know: the legacy, the chemistry, the skill, the talent,” says Andy Simpson, co-founder of the Rare Whisky 101 consultancy. “Some are going to open the bottles, and so fewer are left in the market, making it more scarce and harder to collect from an investment perspective, so values are always increasing.”

History, heritage and societal prestige; a stable physical asset that’s less complicated or costly than its established counterparts, easily bought in bottles or purchased through a fund – and with the added “cool” factor for all-important bragging rights. But, as with any investment, it’s not without its perils or pitfalls.

“The great thing about whisky is it’s accessible, you can start from as little as a few hundred dollars, all the way to seven figures,” says Daniel Lam, Bonhams’ Director of Wine & Spirits. “Prices are rising every day, blue chips are getting more expensive, but there’s a lot of potential in the market and you need to do your homework, because things change monthly.”

Getting into its world is as simple as buying a few rare bottles at auction and storing them at home, with Scottish and Japanese whiskies generally the “blue chips” of its class and Irish, Indian, Australian and the US “emerging markets”. But gains aren’t always guaranteed, and research and at least a little interest are considered essential.

“More than 99 percent of all whiskies will not appreciate in value over time,” says Joseph V Micallef, independent whisky expert and author of Scotch Whisky: Its History, Production and Appreciation. “You need to rely on experts, with knowledge of the whisky market, to identify those that have the potential to appreciate.”

If return on investment is your end goal (as it should be), rather than a superficial personal collection, whisky funds are starting to be seen as reliable. Much in the way that an index fund holds a basket of stocks with secure potential, whisky funds give investors access to experts who seek financial value through quality, balancing blue-chip and emerging-market bottles set to appreciate, before paying out after a number of years.

“A good fund invests in whisky, the liquid itself, the golden drops,” says Christian Svantesson, CEO of The Single Malt Fund, which is regulated by the EU as an alternate investment. “It’s a two-fold strategy to invest in whisky: we pick distilleries using our expertise, but whisky also isn’t a commodity – it’s a consumer good, so as part of the industry, we invest below market price at a trade discount, so it appreciates from day one.”

Government regulation, as in The Single Malt Fund’s case, is rare in the market, but it’s becoming a growing symbol of reliability, and similarly regulated funds can now be found in tax-friendly regimes such as Hong Kong and Singapore.

The great thing about whisky is that it’s accessible, you can start from as little as a hundred dollars”

But for better or worse, whisky investing is still in its early stages, with only a decade of reliable data to source from. Due diligence is imperative, losses are to be expected and fraud is sometimes prevalent, with overpriced bottles at one end of the spectrum, fake goods in the middle, and labyrinthine confidence schemes on the other.

“Macallan, which has historically been the number-one investment whisky, has actually depreciated according to the RW101 index, so that can happen,” says Svantesson. “And while the whisky industry is quite tightly controlled and fakes aren’t as common as in the fragmented wine industry, you can still be unlucky if you don’t know what you’re doing.”

Experience is, of course, highly coveted, but common sense is also undervalued. Over the past five years, cask investments have been hyped as the next wave of whisky investment, in which speculators buy into the liquid maturing in oak barrels, before it can even legally be called “whisky”. A broad Google search for “whisky investing” frontloads with numerous ads and targeted articles for casks, with almost unheard-of 20-percent-guaranteed annual returns.

“I strongly suspect there’s fraud emerging in the cask-investment market, a classic Ponzi scam with multiple selling,” says Simpson. “Companies are selling casks on a certificate basis and it’s nonsense – I could give another hundred people the same certificate of title, and I could multiple-sell that cask. There’s a very distinct way that things need to be traded in the whisky industry and that’s not being done.”

Owning an entire cask can seem alluring, especially with advertised prices for as little as US$1,000, but experts say basic verifications such as sampling the whisky, getting accurate measurements of bottles you’ll receive and tracking paper trails such as delivery orders and unique cask numbers are vital before any transaction takes place.

Despite whisky’s recent track record, it’s hard to predict the asset’s future as a stable investment. Mass speculation on the higher-end of the spectrum is a particular concern, with fears of a possible bubble emerging, though many say there’s little to worry about, especially if you’re aiming long-term in whiskey investing.

“There’s a new-discovery distillery in nearly every country of the world at the moment, and that globalisation of whisky is only going to drive demand for older, rarer whiskies,” says Shirley. “Certainly as an asset class it will continue to remain popular – we’re not sure how that will be reflected in prices, but it’s not bubble territory like we saw in fine-wine assets.”

Other countries to keep an eye on, according to Svantesson, include Ireland (“the birthplace of whisky”), Australia and Taiwan. And for investors wanting to take a punt, now is as good a time as any, with affordable bottles seeing the greatest returns. “What’s fascinating is significant increases at the lower-end of the market, between US$500 to US$2,000 per bottle, with a lot of stress and significant decreases above US$5,000,” says Simpson. “That’s a result of Covid – people are being more cautious. They’re not willing to spend US$10,000 on one bottle, when you can buy 10 bottles and democratise the risk across different distilleries.”

With Covid still creating uncertainty and cries of bubbles in everything from global equities to housing, the majority might be bullish – but even if the asset does suffer a crash, as Micallef says: “Worst case, you can always drink your investment.”

Question: Is whisky a good investment?

Answer: According to a recent report by Knight Frank, rare whisky was the best performing collectable during a ten-year period.

Question: What is the best whisky to invest in?

Answer: Macallan and Karuizawa are among the best brands to invest in.

Question: What alcohol is a good investment?

Answer: Rare bottles of wine and whisky are generally considered a good investment.