By editorial
Presented by Chopard 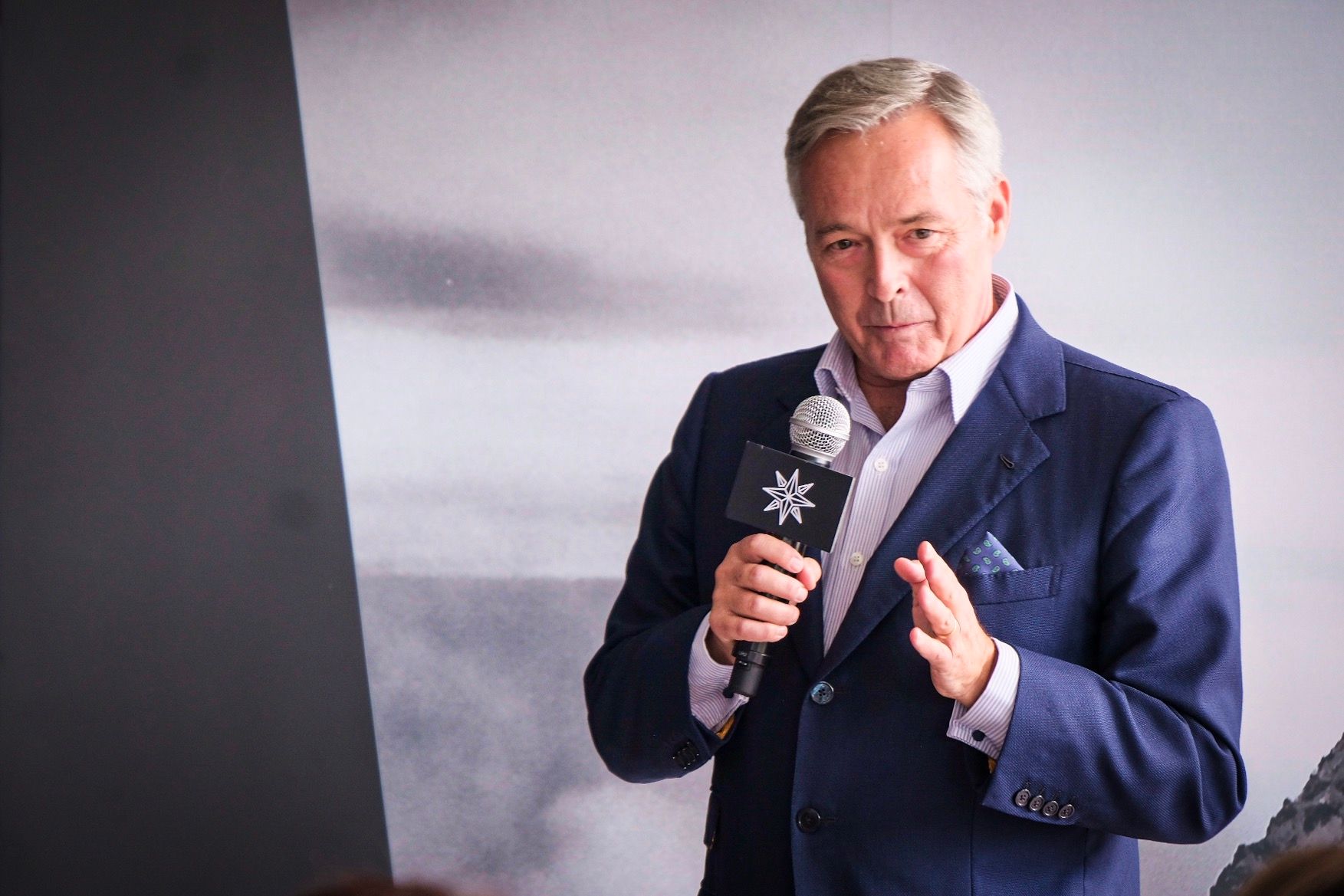 Luxury watchmaker and jewellery maker, Chopard, presents its new Alpine Eagle collection in Hong Kong for the first time. Co-president and the original creator of the legendary St. Moritz timepiece, Karl-Friedrich Scheufele made a special appearance at The Murray Hotel for the occasion to speak on the new timepiece, whose creation was driven by his imagination and passion for the lofty heights of the Swiss Alps. The focus of the event was to reintroduce the idea of how Chopard continues to redefine the watchmaker and nature through the Alpine Eagle. The timepiece symbolises a commitment that strives to act on the challenges of tomorrow and raise awareness of the precious beauty of the Alps. To commemorate the Alpine Eagle in Hong Kong, Karl-Friedrich who is also a penchant for fine wine, brought his personal collection of white and red wines from Château Monestier La Tour that he acquired in 2012 to toast the launch.

Karl-Friedreich released his first watchmaking project back in 1980 with the support of his father — the St. Moritz timepiece, which is now a classic of the House. The first sports watch and first timepiece made of steel created in the name of Chopard, it became an instant classic. Fast-forward almost forty years later, at the insistence of his son Karl-Fitz, Karl-Friedrich looked to reinvent the St. Moritz for a new age, just as he had done when his first design debuted. By following the inspiration of the St. Moritz, this reinvention is demonstrates three generations of Chopard making it the Alpine Eagle of today.