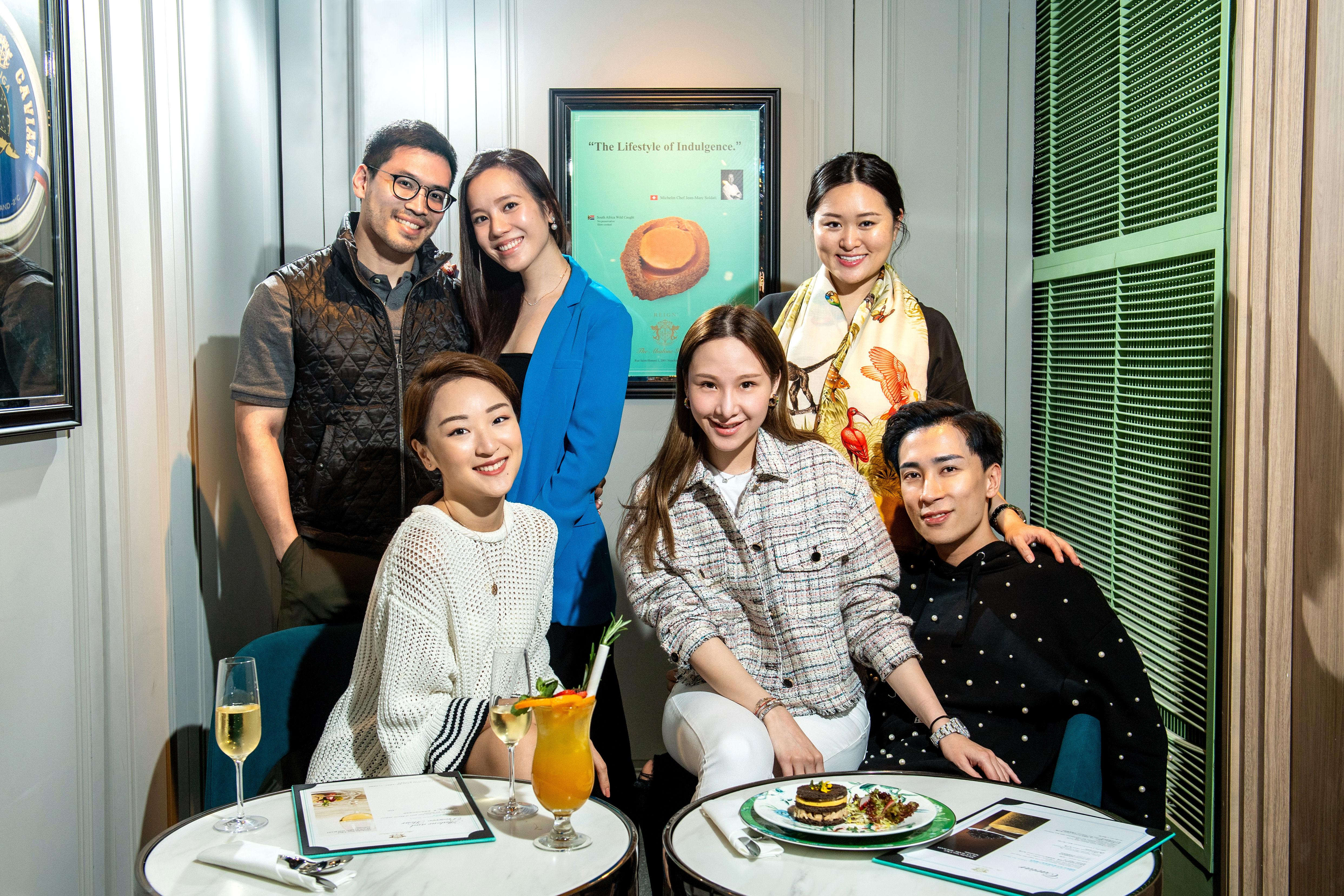 It may be small but it’s perfectly formed – and provisioned. We gather a few friends for a lavish meal at Reign The Abalone House and finds the tiny restaurant acquits itself admirably.

The recently opened K11 MUSEA is not just a pioneer in the concept of “cultural retail”. The arts-inspired Tsim Sha Tsui landmark is also carving out a reputation as a food hub, hosting a range of restaurants both mainstream and esoteric. On Basement Level 2, tucked away next to George Coffee and tea house Dialogue by SP, is Reign The Abalone House. It can be easy to miss if you’re not paying attention, yet the 20-seat shop is gaining popularity on social media with its food and beverage offerings. Add to that the fact that its menu was created by a Michelin-starred chef, it’s no wonder we jumped at the chance to invite a handful of socialites and KOLs (key opinion leaders) to the tiny eatery to see if it measures up to the hype.

First to arrive is actress and model Jessica Jann with her entrepreneur-investor husband Kenneth King. The couple were married early this year and since then have been preoccupied by home renovations. “We’re finally moving into our new apartment in Mid-Levels!” says Jann while being handed a glass of 2009 Brut Millésimé Vintage champagne. “We’re currently finishing the renovations and waterproofing the rest, and then it’ll be ready to go.”

We sit down and have a brief glance over the special four course abalone menu designed by Michelin-starred Swiss chef Jean-Marc Soldati and learn that Reign uses South African abalones reared in the pristine waters of Walker Bay and cooked using an advanced vacuum process that perfectly retains the mollusc’s natural flavour. But before we get any further, nail-salon maven Stephnie Shek, dressed chicly in all white, arrives with Victoria Chan, followed by fashionista Ingrid Wong and stylist Mayao wearing a hoodie from the H&M x Giambattista Valli collection.

As the first course, slow-cooked Reign abalone collagen with lobster and premium Osetra caviar, is served we catch up with everyone’s latest projects and travel plans. “I’ll be travelling to London for the opening of a new Page hotel,” says Chan. While she’s there, she’ll also be checking out Babington House in Somerset, part of the Soho House group. “Workwise it’s mainly the Pacific Place Christmas campaign for me; it took months of preparation.” Chan was also in charge of Pacific Place’s Chinese New Year installation this year and has a reputation for creating

To my surprise, not many of us are spending a white Christmas overseas this year. “I’m actually heading to Vancouver soon for two weeks, but have no travel plans in late December yet,” says Wong, enjoying a spoonful of Australian lobster soup in jelly form.  While our glasses are refilled, Jann asks the others, “Do you know how [Victoria] and I bonded? Kardashians,” she says. laughing. “We’re such fans, all we do is [talk bout] Keeping up with the Kardashians.”

Whilst we dig into the second course, Chan poses an intriguing question: “Do you guys think men start to lose hair at 30?”

“Kourtney who?” asks Shek. “Kardashian, of course!” exclaims Victoria, followed by an eye roll from Steph.

A waiter brings in the highlight of the night – slowcooked Reign abalone with angel-hair pasta – and everyone starts snapping photos with their phones. “The pasta is garnished with our chef ’s secret garlic spicy sauce,” the waiter explains. “Only available here at this store.”

My favourite dish of the night, no doubt,” Chan says, and the rest of us nod in agreement. “I’ll definitely come back for this dish,” Shek comments. “I adore the star chef ’s secret sauce.”

We’re still reminiscing about the pasta course when the waiter returns with two dessert choices – coconut or raspberry sorbet. “Oh, collagen! Coconut sorbet for me please!” Mayao says on seeing the word “collagen” on the menu – and indeed, each gelato comes with a delicate scoop of collagen-rich bird’s nest.

Towards the end of the evening, the brand’s APAC marketing director Sean Eav comes over for a chat. “We just opened a pop-up store in Prince’s Building; please do come by and enjoy the free flow!” It’s a tantalising invite, especially after the creative feast we’ve just enjoyed. Whether at K11 MUSEA or elsewhere, this definitely won’t be the last time we visit Reign The Abalone House.

Society Editor
As the society editor, Tiffany only needs two things in life: Google and unlimited data plan. In between back to back events, business lunches and deadlines, you can find her at the yoga studio, trying to burn those extra calories off from all the champagne and canapés.
Wellness Society events beauty