The history of Whoo: Royal Secrets to Eternal Youth

By Stephanie Ip
Managing Editor
Presented by The history of Whoo 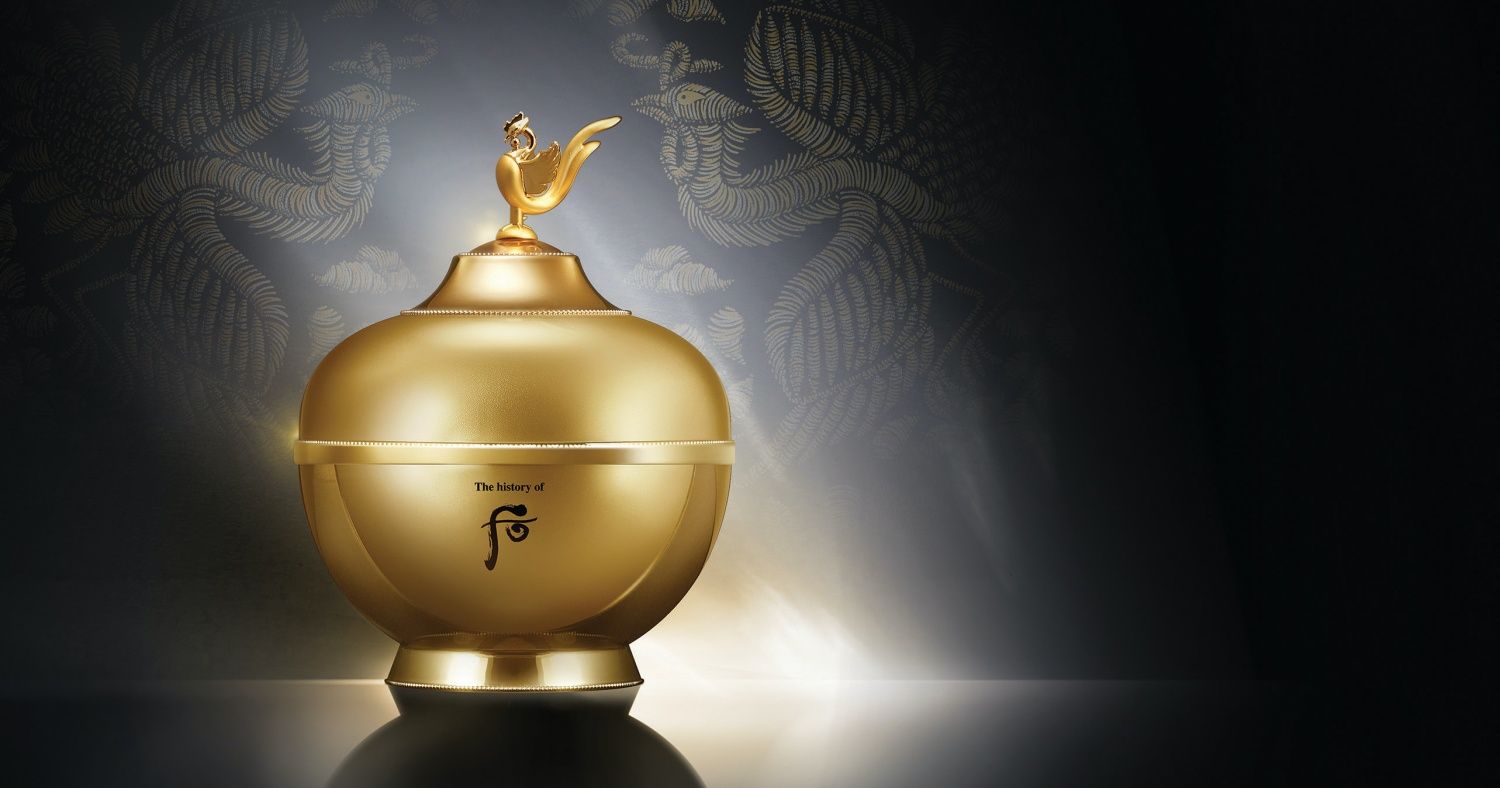 There are many legends of queens and members of royalty that had the luxury to preserve their beauty and complexions in the past. Cleopatra was said to have bathed daily in milk. Queen Nefertiti was said to have treasured the benefits of black cumin oil. In Korea, there’s an ancient recipe, passed down through generations of the royal family called “Gong Jin Bi Dan”, based on oriental medicines that work wonders on specific skin problems and signs of skin ageing. But royal court secrets such as these cannot be exclusive to the realms of royalty anymore. The history of Whoo, launched in South Korea in 2003, made this royal secret accessible, enhancing the oriental medicinal formula with modern science to offer modern-day queens the luxury to feel beautiful also.

The history of Whoo’s anti-ageing secret

The brand’s most premium series, Whoo Hwanyu, launched in 2006 in a luxurious packaging design. The line of products is encased in rich purple and stately gold, the colours of royalty. One of the best-selling products in the premium anti-ageing series is the Hwanyu Imperial Youth Eye Cream, formulated with potent medicinal ingredients including cordyceps and wild ginseng, to fortify the skin around the eyes and defy signs of ageing.

The Hwanyu Imperial Youth Eye Cream is made with an extract derived from whole wild ginseng using an age-old method called Baekjung Gobeop, where the ginseng is boiled for 100 hours in a royal earthenware pot before it is combined with about 70 other herbal ingredients. The recipe for this miracle of youth is according to a traditional herbal principle that dates back more than a decade ago.

While it is common to use only the ginseng root, at The history of Whoo, the entire plant of the wild ginseng is used, from the leaves to the stems and roots. Only 10 percent of natural wild ginseng collected in May to September have leaves and stems, and once collected, the plant’s life comes to an end in about one week, making this ingredient incredibly valuable and scarce.

But the effects of wild ginseng is totally worth the trouble. The premium eye cream, with the whole ginseng and high concentrations of ceramide, instantly moisturises and helps to rejuvenate the skin around the eyes, making your eyes look ten years younger.

To celebrate the new Lunar New Year, The history of Whoo is launching a jumbo-sized special edition of the Hwanyu Imperial Youth Eye Cream on February 8, packaged in a glorious, gleaming gold container and presented in an exquisite wooden gift box that is decorated with an auspicious motif of phoenixes and peony flowers.

This grand special edition set comes with the utmost luxurious royal secret to youthful skin, which includes Hwanyu Imperial Youth Eye Cream Special Edition 50ml, the new Hwanyu Imperial Youth First Serum 15ml, Hwanyu Signature Ampoule 7ml, Hwanyu Essence 7ml, Hwanyu Cream 4ml, Hwanyu Eye Cream 4ml along with Royal Privilege Cream 4ml. The Royal Privilege Cream is produced in very limited quantities every year due to the rare ingredients contained in the formula. One of the ingredients is so rare it can only be harvested three days out of a year, making this gift set truly available only to a select few.

A new royal boost to your skincare routine

Light in texture but extremely hydrating is the Hwanyu Imperial Youth First Serum. The serum is a new member in the premium line and should be used right after cleansing to prep skin for the next skincare step. The essence glides on effortlessly in a soothing manner and revives dull skin to its natural softness and glow. You could combine this with a good facial massage to help promote skin circulation and to ensure that the product is absorbed fully into the skin.

Following the serum, the Hwanyu Imperial Youth Eye Cream can be applied.

The serum is currently out of stock in Hong Kong & Macau, but will be re-stocked by mid-February.