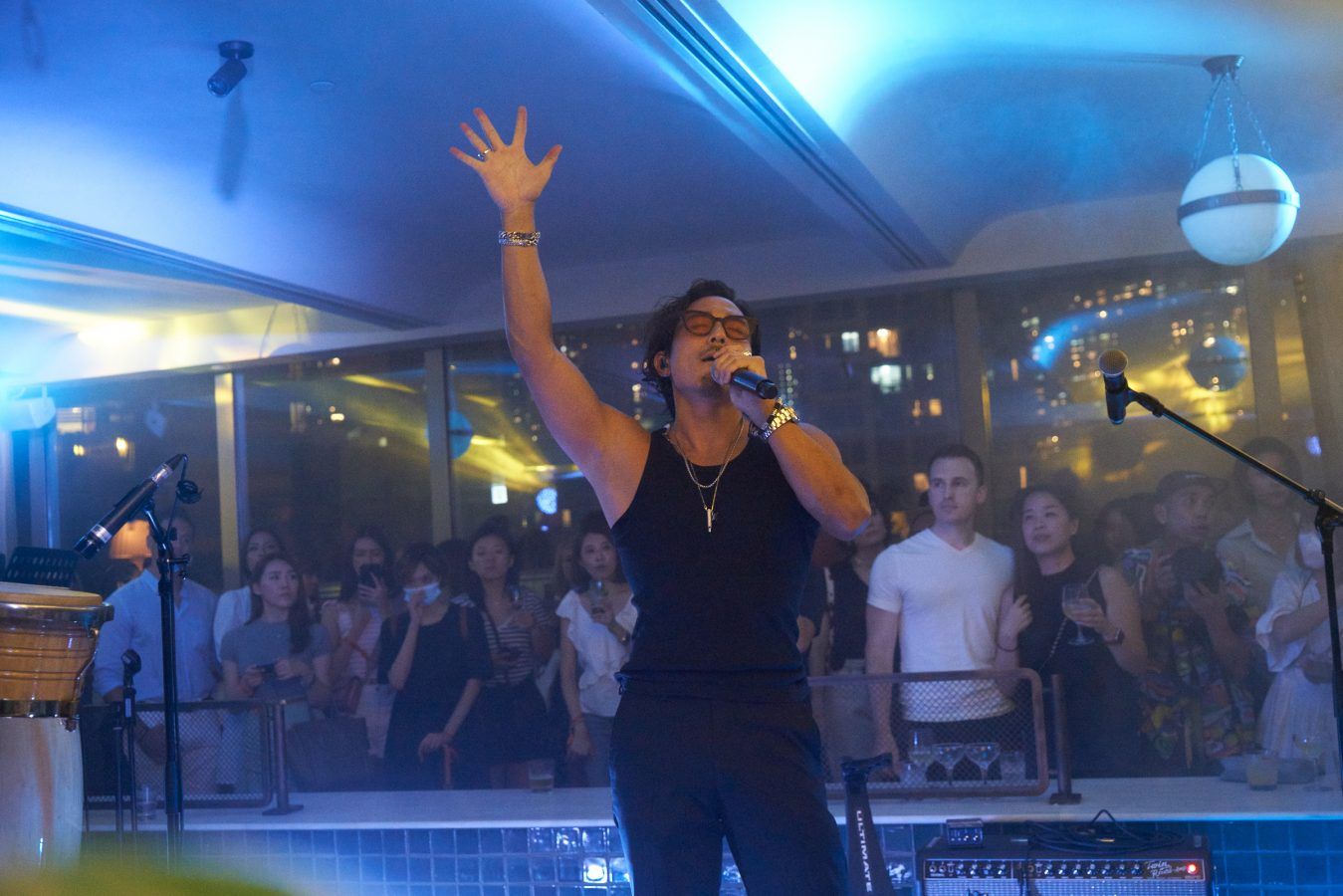 Actor and musician Alex Lam talks to us about the lessons he learned by being an independent artist, his first Yamaha guitar and vampire fashion

What comes first, music or acting? Is a stadium full of screaming fans more rewarding than movie theatres filled with crying men, women and children? For someone like Justin Timberlake, it’s the former, while Juliette Lewis started as an actress before focusing her efforts on indie rock (only to dazzle the fans in a cult TV series, Yellowjackets, years later). For Alex Lam, actor, singer, songwriter and heir apparent to the musical talent of his famous father, George, the love for music began, just like Gloria Swanson’s return to fame, at Sunset Boulevard.

How did you get into music?

In college, I had to choose an elective, thinking it might be easy to pick a guitar. I remember buying the cheapest Yamaha from a guitar centre on Sunset Boulevard. The class was just 20 of us, strumming open chords. That was the first step. At the same time, I’d recently moved to a new apartment and was living by myself, so naturally I had a lot more privacy. At night after dinner, I’d fiddle with the strings, and, somehow, ideas and songs started to come out. I’m still enamoured of this feeling and have been chasing that high ever since.

What’s it like, juggling acting and music? Which is more rewarding?

The first time I had to put music on the side was when I decided to take a course to become a yoga instructor. I felt torn, as if I were abandoning music. I was so immersed in playing the guitar and writing songs that I’d practice every day for eight hours. Nothing lasts forever. Soon, I found that letting go doesn’t always mean it will go away. I finished my two months of yoga training and discovered my music interest was still there. When I shoot movies, it still feels as if I have to put my music projects on hold. But with Covid, I’ve been making a lot more music, as there haven’t been that many shoots.

What are the biggest challenges of doing acting and music?

With music, it’s getting it heard. But being an independent artist has taught me a lot about expectations versus reality. As an actor, I think the toughest part comes with the expectations of the product being well received. There are so many people involved with a movie or TV show, and every time I pray everyone loves it and raves about it!

Do you have a muse?

I’m always on the lookout for a muse. Inspiration can come from anyone or anything.

It fluctuates a lot, depending on which project I have on hand, but I always somehow try to squeeze in exercise and yoga.

How would you describe your personal style?

I’d say it’s got some California vibes to it. I’m super-fond of vintage things, clothes or accessories. I feel their history and stories make them unique and extraordinary.

How has your fashion journey evolved?

I started to become more aware of the current culture. When I was younger I was aloof and interested in my own things, but now I’m much more open-minded and willing to try new styles.

What was your biggest fashion faux pas?

Looking back at my teenage years, I’m a little confused as to why I used to sag my trousers so low!

I have a T-Shirt with a lot of embroidery my mom handed down to me. I wore it as a kid, and I still have it.

What’s been the most memorable fashion experience on set for you?

It would probably be my role in Get Outta Here, where I play a 100-year-old vampire from England. The styling was modelled after Christopher Reeve in Somewhere in Time.

What music projects are you working on now?

I’ve got a handful of songs I made during the fifth wave. I really hope each one of them can get a good music video. One I made with Dough-Boy is called “Lose my Mind”. I made a couple of tracks with Shimica [Wong] – “These Nights” and “Kiki T” – and some more, but I can’t say too much about them yet.