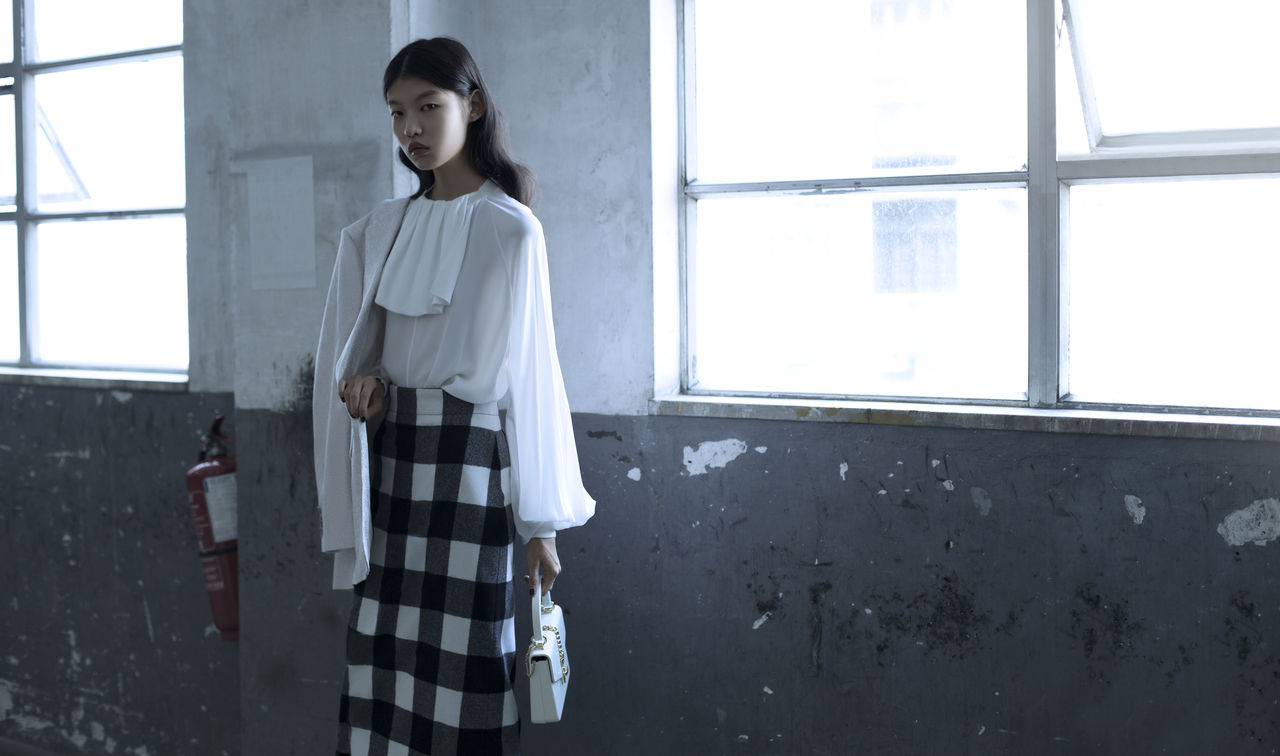 “I never thought I’d be a model because when I was young, I never thought I’d grow to be this tall, but I did think I wanted to be an actress or a singer,” says Tang He, who was discovered at a performing-arts school in her hometown in Jilin province, China.

Since being signed to Elite in Shanghai almost three years ago, the 18-year-old is fast becoming one of fashion’s most talked-about faces. This season she opened Miu Miu’s resort show and joined what she calls “my Miu Miu family”, featuring in the brand’s autumn/winter advertising campaign. “It’s my first international campaign,” He says, “and I’m very excited and very happy. It makes me feel like the last couple of years have been worth it.”

Indeed, it’s been a very fast rise to the top for the Chinese teen. Her first show outside her home country was for Tom Ford. “It’s a show that so many models wanted to be in and I got it on my first try, so I’m very grateful,” she says. “I love modelling. It gives me the chance to wear so many beautiful clothes and I’m so grateful for the opportunities I’ve been given.”

Besides Miu Miu and Tom Ford, He can now be seen in most high-profile shows, appearing at Valentino and Fendi haute couture just this season. And it’s clear after working with her on just one shoot that, despite her natural talent, He is wholly dedicated to her craft. “I don’t mind posing more,” she tells us. “Make sure you tell me what you want me to do if I’m not delivering, so we can get the shot. I really don’t mind.”

Of course, making it as a model on the international stage is not without its share of criticism and hardship. When she signed to Next, her global agency, brands told He she had to slim down in order to walk in the European collections and haute couture shows. She did it, she got the jobs and somehow kept her youthful spirit.

“I think I’m a bit too slim now,” she says, when asked about her weight. “I don’t think you need to be super-skinny to be a model, to be honest. As long as you can fit into the clothes and your body is healthy, that’s all you really need. I want to put a bit of weight back on so we have to eat some good food for lunch later.”

And with that, we bring He to a bakery between shots, pointing out our favourite local sweet buns, and she squeals with the glee of a happy teenager.

“I’d like to try that one,” she says, pointing to a sugary bun stuffed with shredded coconut. As she eats in the taxi on our way to the next location, still decked out in Loewe, Dior and Jimmy Choos, she smiles and says, “There’s probably nothing better in the world than a sugary bun, don’t you think?”

Model Tang He at Elite