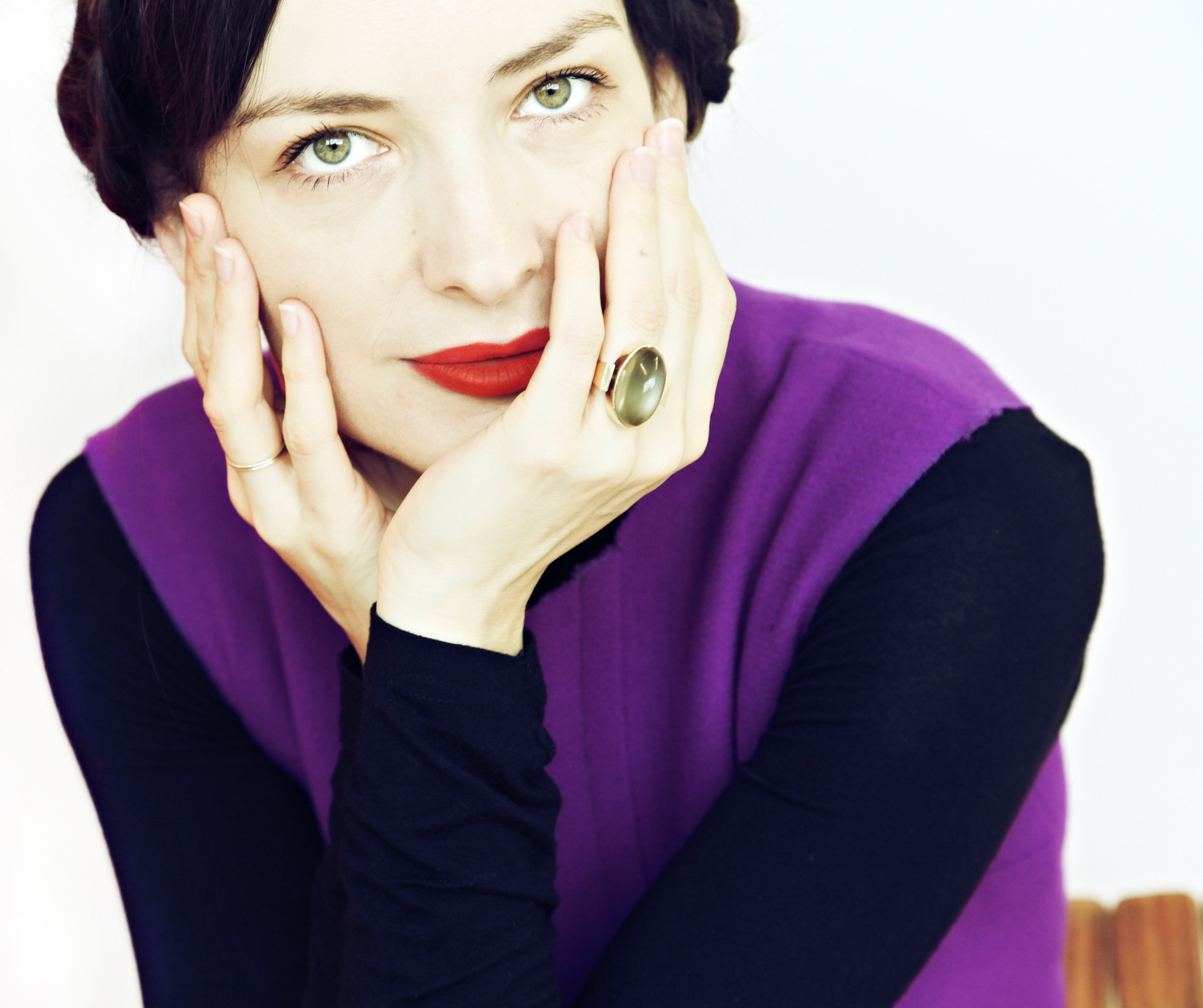 Serbian-born Roksanda Ilincic is a tangle of opposites. On the one hand, she speaks softly, with a lyrical inflection and a graceful charm that would naturally suggest a shyness that I quickly discover doesn’t exist. As she speaks, slowly unfurling her ideas, this softness proves to be filled with a discreet resolve. Roksanda – founder of the self-named womenswear brand – is a carefully spoken character; the importance of what she shares lies not simply with what’s said, but with how it’s told.

“There’s a global crisis on so many levels,” Ilincic begins. “I kind of feel as a human being you can’t separate your voice from a wider dialogue completely. Fashion is, in a way, in answer to our culture, to our economic situation, to where humankind in evolution is. And it always has been like that. Even when you look back at those designers who are not so politically engaged – and I don’t think that I am – you cannot be ignorant. I think it needs to answer where we are.”

Thanks to her Balkan heritage and schooling on foreign soil, Ilincic is well placed to take part in the conversation surrounding the fashion industry’s involvement in a larger social narrative. She’s a Central Saint Martins alumna, from the same school as designers Christopher Kane, Jonathan Saunders and the late Richard Nicoll, who each arrived into fashion’s cumulative consciousness in the mid-2000s.

The Belgrade native came to London for formal design training after finding herself drawn to the late Louise Wilson, head of the venerable British institution’s MA fashion course. Ilincic pulls no punches as to the reason she came; it was Wilson herself who drew her.

“A few articles came my way and I read them and thought, ‘God, she [Wilson] must be incredible’,” Ilincic explains. “All the designers that I admired at the time came from her course, and I thought there must be some connection. And you know what, I was right; she was definitely a guiding light.”

Since first unveiling her namesake label (and immediately capturing the hearts – and purse strings – of her ever-faithful fans), Ilincic  – who was recently in Hong Kong supporting the UK’s Great Festival of Innovation – has carved out a niche within the market, centred on her extraordinary confidence with colour and mixing palettes. Across the seasons, unapologetic block shades sit as the cornerstone of many collections, singing with positivity and power.

And yet, it wasn’t always Ilincic’s plan to follow the rainbow. “When I came to London I was rebelling against my culture, against my heritage, in a way. It was funny, I did this 360, of not wanting to do something and then doing exactly that. And it’s something I slowly developed while studying with Louise, and I realised that being from Serbia was my point of difference. You’re trying to find your own language, something that is just you and nobody else.

“I come from a country that really appreciates colour – it’s everywhere around you: in nature, in flowers, in vegetables, in the way people are dressed. I always felt very comfortable with colour and very in my own territory. I wasn’t afraid to experiment, to challenge our perception of colour. When I started, not many people cherished colour so much, simply because we came from a slightly different background, and slightly different culture.”

Culture is an unavoidable and prominent part of our current global conversation, latching on to every industry and demanding attention be paid to all those who have in the past, and who continue to be, sidelined or judged, robbed of ideas and overlooked for credit where due. Many an industry behemoth has found itself on the wrong side of the ethical (and business) argument, even now.

As an “outsider”, an “other”, native to another country, living in London, it would not be too much of a push to imagine Ilincic has found herself at the pointed end of prejudice. An unrecognisable surname is often all it takes, and Ilincic can certainly lay claim to one of those. And yet, she says, “I consider myself lucky – and this is unusual, I know it doesn’t happen often – but I didn’t feel much prejudice or people judging me because of my geography, because I came from Serbia. But,” Ilincic goes on to say, “I would get judged because I was tall, and because I’m a woman.”

It’s an ironic twist that in an industry often seen as being dominated by women, and so, by default, assumed by many to be free of sexism, there remains such a disconnect. Many small brands are owned or operated by a handful of mega corporations helmed by (older, white) men. Even those labels that aren’t, find their bottom line impacted by decision-makers who have been ingrained to consider a designer’s own appearance as in some way relevant to the designs they create and the market they’re covering.

“People would very often judge my designs in a different way. I’d get comments that I must admit I wouldn’t like all the time.” Ilincic pauses, before deciding, “In the majority of cases, I wouldn’t like them. My work would just be judged by how I look, and I remember, particularly at the beginning, thinking, ‘God, I wish sometimes people wouldn’t know who I am and how I look’, not because I’m coming from Serbia, just because I’m a woman. As a man, you’re judged in a completely different way. It’s interesting how things are in that way.”

There’s a thoughtfulness, not an acrid accusation, in the way Ilincic acknowledges the difference in the way people might be perceived, thanks to gender. ‘You know what,” she says, after we’ve spent time chatting over the way things are, “it doesn’t matter any more. You manage to get things: your work, your customers, your reach is talking for you. But,” Ilincic ends, all too knowingly and with a wry smile, “the comments are still there.”

When it comes to our reflections, however, it’s the creative side of the label more than the height of its founder that interests us. It’s perhaps no surprise that strong silhouettes have dominated throughout the years (Ilincic trained as an architect in Belgrade) with nipped waists, generous shoulder lines and full sleeves and skirts providing a consistent soundtrack to contemporary seasonal collections. Then there’s that rush of colour, a combination of mellow shades alongside riotous rainbows of mixed-up tones – assertive and elegant.

Ilincic recalls a talk she joined recently. One of the other panellists was asked who inspired her, and she’d answered that it was female designers. Ilincic is full of passion as she tells me, “I thought, God, this is so incredible, this is exactly what I want to be. It’s not just about wearing the clothes, it’s about the whole experience and the whole message.” I ask Ilincic if she believes you need to have a piece of the Roksanda collection hanging in your wardrobe to feel that story. She answers simply: “You don’t need to own a picture by Leonardo da Vinci or Picasso to be inspired by them.”