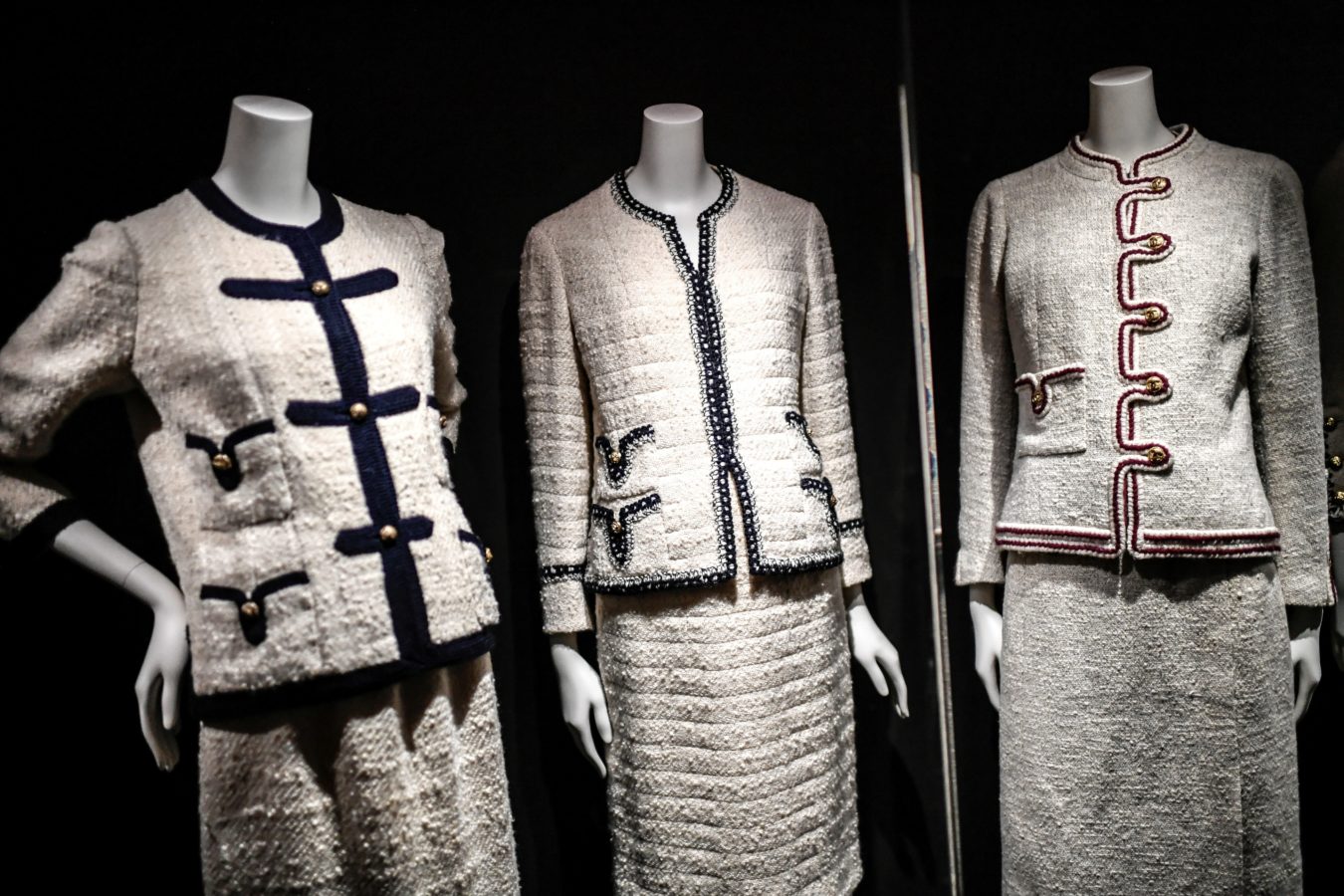 How Gabrielle “Coco” Chanel Forged Much of Modern Style’s DNA

Gabrielle “Coco” Chanel was the greatest style icon of the 20th century, and her designs continue to shape what we wear today.

Yet the Coco Chanel who emerges from the first exhibition ever dedicated to her work in Paris will come as a shock to fans of her brand’s bling.

The creator of the little black dress, tweed suits, two-tone shoes and quilted handbags that are synonymous with French elegance was a very different animal to Karl “the Kaiser” Lagerfeld, who turned her label into a $100 billion business.

While the flamboyant German impressario had a magpie eye for street fashion, the Coco Chanel presented at the new show at the city’s fashion museum, the Palais Galliera, was a futurist visionary of almost spartan refinement.

Many of the dresses she designed and wore a century ago are so startlingly modern they could grace the catwalk now. The cliche is that Chanel freed women from the tyranny of Victorian corsetry, borrowing liberally from men’s wardrobes to do so.

But for the curators of “Gabrielle Chanel, Fashion Manifesto“, an ongoing exhibition at Paris’ Palais Galliera that runs till March 14, was only the tip of the iceberg.

Chanel created so much of modern style’s DNA that her radicalism has been hiding in plain sight, said the museum’s director Miren Arzalluz.

“Even for us it was a surprise how much even we didn’t really know her work in depth,” she told AFP. “Her style is so timeless and present in our lives… and so ingrained in our collective memory that no one thought it necessary to do a retrospective, because we all thought we knew it.”

From her striped “mariniere” sailor top in 1916, to making black the colour of cool, letting women move freely in their clothes and being the first to see the potential of sportswear, her influence is utterly pervasive, Arzalluz argued.

Her Chanel No. 5 perfume, sold in simple square bottles with utilitarian black and ivory labels, was minimalist before minimalism was even a thing. “And her Chanel suits of the 1950s and 1960s were the uniform of modern women,” she added.

But it is the breathtaking elegance of her cut and silhouettes which will come as the biggest surprise for those raised on Lagerfeld’s showy 36-year reign.

What is also striking, Arzalluz insisted, was how Chanel stuck to her revolutionary guns despite the arrival of Christian Dior’s New Look after World War II, with its return to wasp-waist corseted looks. “There’s a coherence in her style from the beginning to end,” Arzalluz said, in a span that goes from 1912 to her death in 1971.

That this is not shouted from the rooftops more often is partly because of what Chanel did during the war, and her subsequent flight to Switzerland after the liberation.

Arzalluz acknowledged her “complex personality”, a reference to her “horizontal collaboration” with France’s Nazi occupiers, and her attempts to use their anti-Jewish laws to prise back control of Chanel No. 5 from the Wertheimer family who had fled for their lives to the US.

Whole shelves full of biographies have dealt with how Coco spent the war tucked up in The Ritz with her German intelligence officer lover, Baron Hans Gunther von Dincklage.

Which was why Arzalluz said the museum — whose newly opened galleries have been partly funded by Chanel — took the “radical decision to concentrate on her work” rather than her private life. That was best “left to scholars and biographers”, she said.

However, Arzalluz was at pains to point out that Chanel was never in thrall to men, a lesson she learned early when he father put her in an orphanage. “I don’t like the idea that she discovered everything thanks to the men in her life — that she only used tweeds because of the Duke of Westminster… or her Russian-influenced period was because of (another of her affairs with) Grand Duke Dmitri Pavlovich,” the last Russian tsar’s cousin, and one of the men who killed Rasputin.

“It is just not true,” the curator insisted.

Arzalluz said Chanel was “an avant-gardiste”, far ahead of her time pioneering things “we all do now, mixing the ordinary with the chic, the masculine and the feminine, costume jewellery with the real thing.

“The way we dress today, wearing tailored jackets with jeans, or men’s shirts, or trainers with airy chiffon dresses” is directly down to her influence, she said.