Jewellery Designer Yoon Ahn on the Internet, Subcultures and Working at Dior Homme 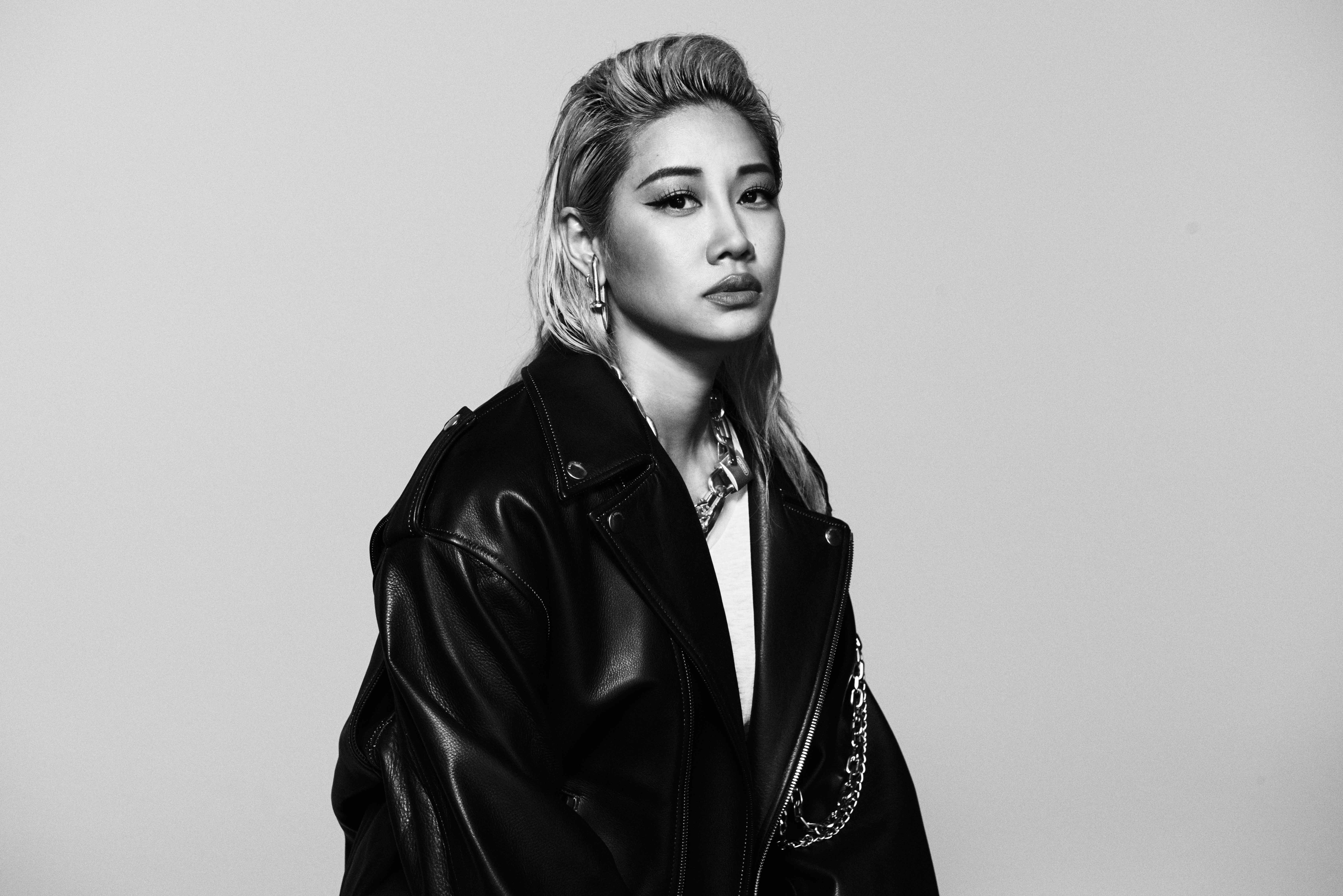 Today, when I got dressed my theme was kind of The Matrix,” says the designer Yoon Ahn. “I’m wearing a super-tight, black, long coat with slim black pants, so I’ve been quite minimal with the jewellery. I’m wearing my silver-ball closure earrings from a few years ago and I have a few silver rings on me.” It’s a different theme every day, she adds.

It’s strangely appropriate that Ahn is referencing a movie governed by the concept of a new, parallel reality. As part of the vanguard of contemporary style arbiters whose firm friendships with the likes of Virgil Abloh, Kim Jones and Kanye West reach back to a time when those names weren’t even blips on the fashion or cultural radar, Ahn has been key in changing the criteria as to what exactly constitutes an arbiter of fashion, as well as in guiding the evolution of a new global order or the industry.

Where did it all begin? According to Ahn, the library. “When I’d just moved to the US and couldn’t speak English, I spent a lot of time at the public library because I was working there part-time, but because it was a public library I’d read all the books and magazines that I wanted,” she says. “It wasn’t very busy and that was how I got to know about fashion.

“Because I was in the suburbs in Seattle, I’d obsess over Vogue and Elle. This was before the Internet, so I remember thinking, ‘Oh my God, there’s a world out there.’ There were all these beautiful people and I’d want to know where they were living and what they were wearing, and I’d just read and read. I would really study it.”

At the same time, Ahn got into Seattle’s then-flourishing underground music scene. “This was before Amazon or Starbucks, before any of those companies got huge, so there was really a split between kids from not-so-well-off backgrounds in my school and middle-class suburban kids. Because it was always rainy and they needed to protect themselves and keep warm, kids would actually wear worn-out denim, flannels and The North Face. A lot of them went to the thrift shop, so that was a part of the fabric of the city, the same way it is for hip-hop culture. You imitate your favourite bands and musicians who were basically fashion heroes — and that’s how I got into it.”

On the topic of subcultures and the underground, Ahn has firm opinions. “There’s no underground any more, like there’s no such thing as underground culture, because everything’s on the Internet,” she says. “It’s exposed. Once it gets taken hold of by the media or the mainstream, people get bored right away.”

However, Ahn clearly regards the end of one era as the beginning of another. “We evolve as humans,” she says, “and that was then and this is now. The Internet has brought the world much closer and I’m just happy that people are much more open.

“In the West, they’re now more aware and tolerant of Asian culture. We’re no longer this weird thing because they can see it more and more, and you can see it through K-pop and the way that American people are being exposed to it and getting used to it, which includes how we define beauty and how we dress.

“[Streetwear] is big, especially out in Asia,” says Ahn of the style with which she’s become so associated. “I think it’s quite new for people in the West. It’s funny, a lot of cultures like America and the UK give birth to things like this, but in this instance Japan took it and made it better. It’s because the Japanese get obsessed over things and partially because it’s an import culture, they still have these little obsessions [over foreign cultures and trends] and they feel like they need to really study it and master it instead of just living it, so I think the Japanese really perfected the street look.

“The reason I don’t call it streetwear and call it casual wear is because not all casual-looking ‘streetwear’ comes from that specific culture any more. It’s just the look. It’s very surface-level now, you know? So I just don’t think it’s right to sum everything up as streetwear, because that originated from a specific culture, like skate culture.”

Despite having no formal design education, Ahn is extraordinarily knowledgeable about her metier. She isn’t the least bit concerned that she didn’t come out of the prescribed design-school/assistant route.

Born in Korea and raised in Seattle, Ahn moved to Tokyo with her musician husband Verbal, where, with no design training, she built her jewellery brand Ambush. “First of all, what we do now started as a hobby, which then became a business, so we had no business or fashion background and just jumped in,” she says. “It was very organic in the beginning because we knew what we wanted to do and made it take shape.”

But a lack of formal education does not, for the designer, mean any less hard work. “You don’t have to be from that background, you don’t have to come from a specific school. But if you didn’t study it, make sure you’re ready to study it on the job,” Ahn says. “You need to put in more hours than people who studied it, because you need to know what you’re doing and you need to know your subject. In my case, I didn’t come from this, but I work seven days a week. I go to the factories myself and I talk to everybody because I want to make sure I’m on top of it, I know exactly how those things work. You can’t bullshit that, so you need to put in hours and be prepared to study it non-stop.”

It’s a work ethic that’s clearly paid off, with Ahn progressing since starting Ambush from a cult following in Tokyo to international success. “Because I run my own business I’ve always been very in tune with customers and can see what works and what doesn’t, so I know how to look at it from a customer’s point of view. I think now customers have more power than brands or fashion houses, and I think this is where my strength lies — in having a connection with a lot of customers and knowing that they’re sophisticated and not buying things because of the brand name.

“You can see it in the way they coordinate their outfits, the way they mix it up. They’re trend sensitive but at the same time they know what they want because they’ve researched it.”

When Ahn ventured into clothing, her brand was shortlisted for the LVMH Prize. She also expanded the Ambush universe by working with brands such as Nike, Gentle Monster, Converse and Rimowa.

More recently, Ahn was invited by Dior Homme’s creative director Kim Jones to head up the house’s new men’s jewellery division and in an effort to define its DNA is now working her way through the women-heavy archive. “Because we have so many customers from so many different continents, we don’t look at it as if there’s a specific male archetype, but rather a certain vibe that we like to see in men,” she says.

“There’s so much in the archives that we can look back to and bring back, but as I don’t want to repeat the exact same thing that’s been done before I take certain elements — like, for example, an iconic CD link — and make it into something current, something like a skateboard and Cuban-link necklace, so that it’s a timeless piece that can blend in with the suit as well as with sneakers and T-shirts. I think the balance matters more than anything, rather than one specific look.”

But if you think Ahn is basking in her success, you’d be wrong. Her strict work ethic is defined by Scarface protagonist Tony Montana: “Don’t get high on your own supply.”
“I watched a lot of Italian mafia movies,” she says. “Korean ones too. Everything. The reason I do it is because the mafia seem like they do bad things, but they have more rules within the community. It’s their code and they really value loyalty and integrity. There’s a lot of street knowledge and life lessons that I’ve learnt from watching these movies. It also teaches good business, like how they manage to survive and not get stabbed in the back.

“So like right now, all of this is nice and I’m flattered, but I also look at it as a test from the Universe to see if I can push myself to the next step. So I want to stay more clear. I want to make sure everything we do is levelling up and you can apply the quote in every part of life, but for me what it means is to not get high off of everything I have right now. Because I don’t see this as an end, I see it as a step to the next level.”