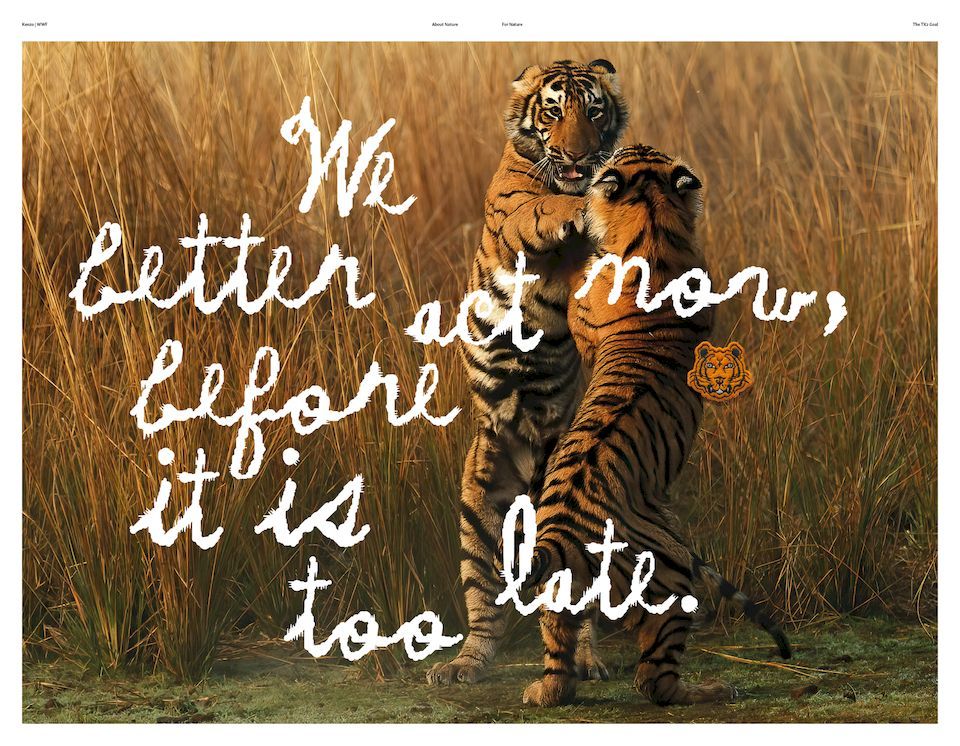 The tiger has been recognised as Kenzo’s signature animal for years.

Previous Kenzo designers Humberto Leon and Carol Lim premiered a knit sweater with a tiger graphic on it for Kenzo’s Fall 2012 collection. The motif turned out to be so successful that Jay Z, Selena Gomez and Kevin Hart were spotted wearing it. The design duo decided to partner with World Wide Fund for Nature (WWF, World Wildlife Fund in North America) in 2018 on a capsule collection for wild tigers.

Although Lim and Leon left the luxury house in 2019, new creative director Felipe Oliveira Baptista is picking up the (tiger) torch with a new ready-to-wear capsule collection in collaboration with WWF.

Unveiled earlier this week, the men’s and womenswear collection is crafted in organic cotton with the big cat signature motif. It comprises T-shirts, sweatshirts, dresses and more. For each item sold, Kenzo will donate US$10 (HK$78) to the WWF Tx2 initiative to double tiger populations by 2022, the next Chinese Year of the Tiger.

The new Kenzo collection will start retailing on September 28.