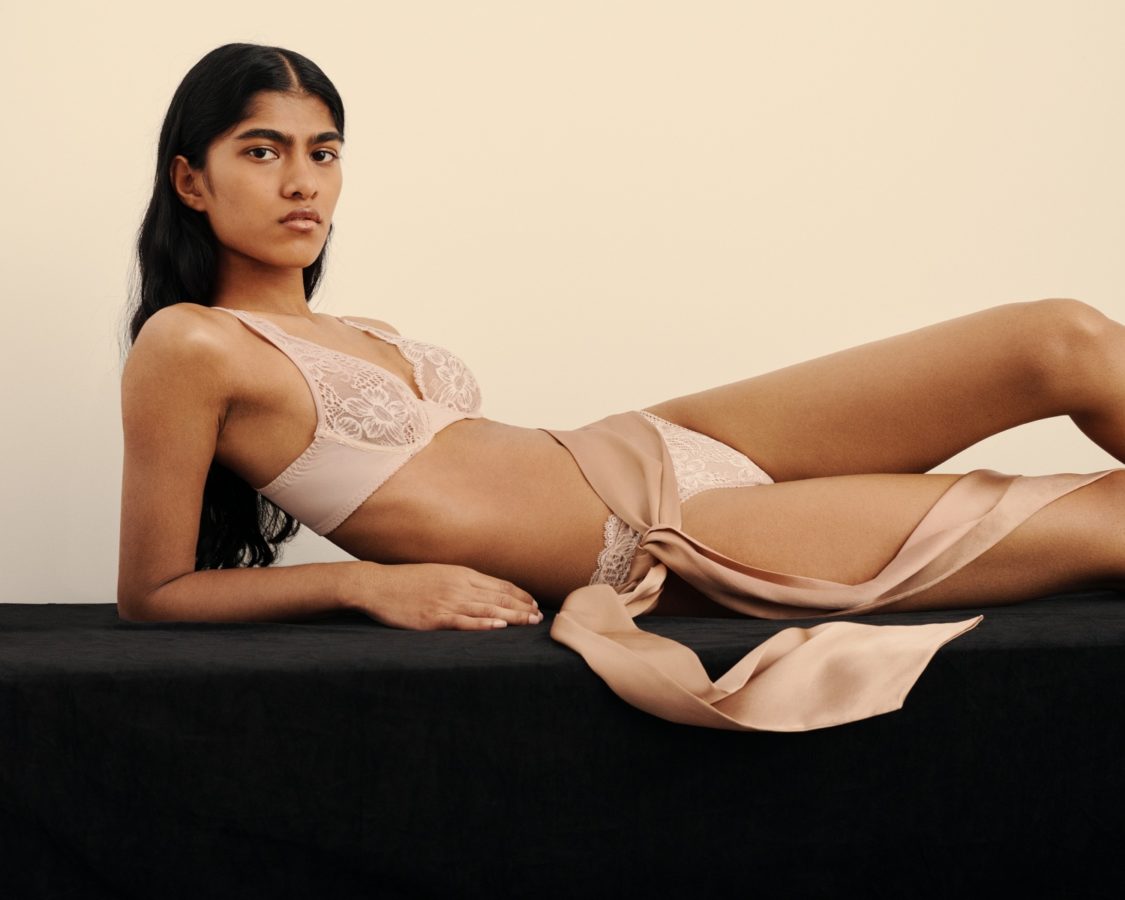 A woman always remembers the first time she owns La Perla lingerie. Indulgent and feminine, with an Italian-born sex appeal, the coveted luxury label remains unrivalled in its 66th year. Maintaining prime position in pop culture’s style lexicon, and famously donned by the likes of Grace Jones, Cher and Madonna in the 1970s and ’80s, today La Perla is still dressing stars such as Beyoncé and Ariana Grande. Music video and movie appearances (Margot Robbie in The Wolf of Wall Street and Rosamund Pike in A Private War, for example) continue to push the label’s allure.

As this month coincides with Chinese New Year as well as Valentine’s Day, our thoughts in fashion turn to those most intimate of garments, and how they can make us feel. But rather than just a flurry of hungry purchases of seductive pieces for lover’s day, or the traditional buying of new “lucky” red underwear, we’re also thinking of the shift in women’s demands for their lingerie, and the way these garments can empower rather than restrict. The last 12 months have also shown beautiful lounge and sleepwear inching up higher and higher in our priorities as we spend more time at home.

Perhaps this is why La Perla’s CEO, Pascal Perrier, has optimism on his mind. With a new store just opened in Hong Kong and discussions for more in the future, Perrier is banking on La Perla’s allure to grow, in line with the label’s new strategy of serving more women for more occasions.

“In spite of the difficulties Hong Kong has faced for the last two years, it remains a very important marketplace for luxury – and our commitment here remains,” says Perrier, who knows the market well, having previously lived here for 10 years. With stores at Pacific Place and Harbour City already, the latest opening hits Causeway Bay at Lee Gardens Two.

A shift to empowerment

It’s a conscious shift towards modernising the brand’s offerings beyond the romantic and occasional wear we traditionally associate with it. “Last August,” says Perrier, “we introduced for the very first time in 66 years washable silk … The collection is called Dream Catcher and it’s been a phenomenal success – in 2020, you want to be able to put your lingerie in your washing machine.”

Now women are more empowered, they demand at lot more from their fashion, whether it’s workout gear or lingerie. It was therefore key for the brand to be more relevant, which is something that Perrier admits had been neglected for about two decades.

“In regard to the behavioural aspects of luxury consumption, in 2019, when I was working on the strategic plan for La Perla, we hired three anthropologists – some of the best – to study this, because that work had never been done. I wanted to devote a lot of time and research to what a modern luxury lingerie brand should be today.

So we studied the behaviour and it was very interesting – it became a pillar of our strategy going forward,” Perrier explains.

He joined La Perla in 2018, bringing with him more than three decades of luxury-industry experience – at the Gucci Group, for example, he executed the acquisitions of Yves Saint Laurent and Balenciaga. He also spent 13 years with Burberry, nine of which were as Asia Pacific CEO, when he grew the region into the biggest for the brand. After retiring from that role, he was lured to La Perla after recognising the potential for turning around the brand’s economic misfortunes, updating its strategies and maximising its unparalleled position in the lingerie market.

“Everything that we do will have more comfort and relevance, treated in a luxury lifestyle manner, so we’ll never compromise on the quality, nor the design. The lingerie market is very crowded,” he says. “I found that luxury lingerie is the neglected corner of lingerie … partly because they never worked on the woman’s experience, which offline was not necessarily a good one.”

For example, there’s the awkwardness of getting naked in a poorly lit dressing room, helped by a saleswoman – so La Perla is working on a special lighting concept for its in-store fitting rooms, where customers will be able to choose from a range of ambiences.

Although La Perla might be associated mostly with specific romantic occasions, Perrier finds these to be “very narrow, if happy, moments”. Thus the introduction of everyday luxury lingerie is key to the brand’s grand ambitions.

There’ve been radical changes, too, in the way Asian women wear lingerie. This intimate product, once considered almost taboo, has become more of an open discussion and indulgence, in which both comfort and fit are important. Maison Contouring, the brand’s latest shapewear line, is a sign of that understanding, with pieces innovatively designed to support and create a smooth sculpted silhouette, skimming curves seamlessly.

The label’s rich archives remain a source of inspiration and there are plans to create a La Perla museum, as well as setting up pop-up displays in shopping malls that inform shoppers of the brand’s heritage, fabrics, details and construction – and how it’s modernised.

Lingerie is not there to seduce but rather to enhance self-confidence and beauty, as well as provide ample opportunities for self-indulgence. The La Perla ethos is that women are beautiful because they feel beautiful and, says Perrier, “our job, duty and passion is to develop this feeling everywhere”. Along those lines, a La Perla charity foundation to be launched later this year will address women’s education, health, empowerment and equality.

Another exciting announcement is a capsule collection with the London-based couturier Ralph and Russo (both brands belong to the same group, share a similar DNA and are all about womenswear and craftsmanship). Inspired by endless summers, sun-kissed aesthetics, tropical prints and vibrant hues, the line will land in May, with Hong Kong and China being earmarked for its selective distribution.

The brand’s evolution, transformation and growth will be based upon balancing modernity, art and function, while pioneering beautiful products that serve the female form. That rich Italian artisanal heritage comes with a powerful pop-culture kudos, one that goes hand in hand with founder Ada Masotti’s revolutionary, intricate craftmanship, which resulted in pieces that would be treasured for a lifetime.

“Many lingerie brands were communicating through the lens of a man,” says Perrier. “Yes, that can resonate, but the La Perla strategy going forward is to serve women, by women, and made by women for women. Any visual conversation we would have would be through a woman’s lens … and this is very different from other brands.”

An expert on tailoring and sartorial elegance, @ma

Peter Philips is bringing back a stronger under-th