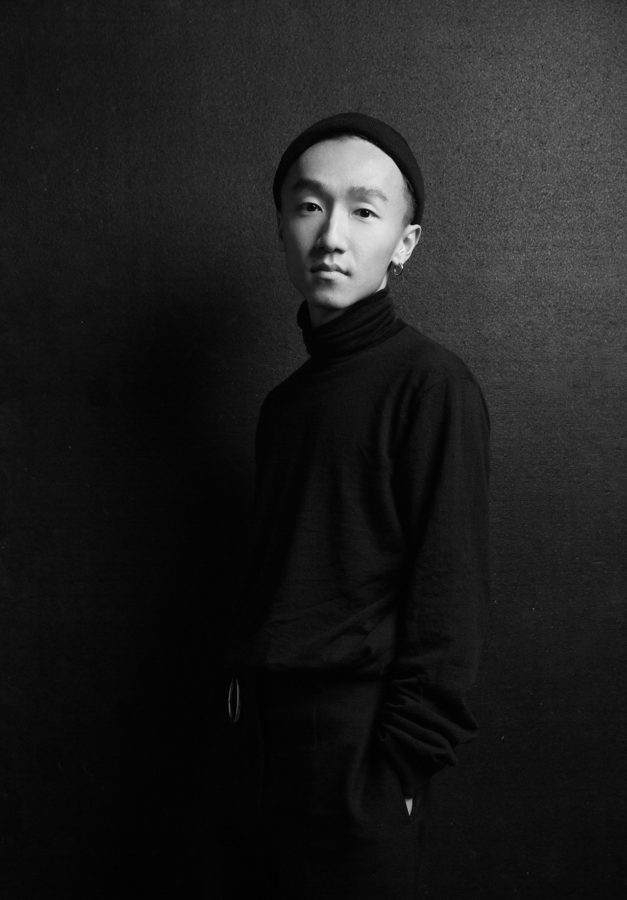 With a big Reebok collaboration launching this autumn, rising-star menswear designer Ximon Lee talks to us about contemporary identities, reconnecting with nature and fashion as experience.

Having lived in all these places, and at the same time constantly travelling around the world, one topic I always think about and explore in my collections is ‘identity’,” says Hong Kong-born, Berlin-based menswear designer Ximon Lee, who at the age of 29 has already lived on three continents. By studying identity and how it manifests, “one can see a clearer view of humanity, of social matters and ourselves”, he says.

The question of identity – both personal and cultural – is at the forefront of inspiration for many young designers in today’s globalised and peripatetic fashion industry. A generation of tech-savvy, smartphone-addicted consumers gives a further twist to the contemporary themes that designers such as Lee are exploring.

His take has obviously hit a sweet spot in the industry. Aged just 29, Lee and his label Ximonlee has already done a global collaboration of sneaker designs with Reebok, launching this October; he’s also shown at coveted fashion-week slots in New York and Paris. In 2015, the young designer was shortlisted for the LVMH Prize and went on to win the H&M annual designer prize, which resulted in a commercial capsule with the Swedish high-street giant. Late last year, when we met in China, the designer was hosting a spree of events and crowded shows at Shanghai Fashion Week for his spring/summer 2020 Reconscious collection.

Lee explains that the collection explored modern “self-consciousness” and how we “present ourselves to the world, while increasingly being monitored via technology”. There was a technical futurism so popular with young generational menswear, but also a curious sensuality to the clothes. Because of the pandemic, and many real-world fashion shows stalling for the moment, young labels like Lee’s have had to get creative – but for the coming autumn/winter season he decided to pause his own collection to re-focus. Taking two months off, Lee sorted out his archives and organised his thoughts on moving forward.

“I think the industry will be drastically different from what was going on in pre- Covid times,” he says, “and as a small brand we have to come up with a good strategy.”

There’s also been work on a small installation project connected to the Reebok collaboration. The art-piece installation features a red theatrical curtain that forms into a spiral maze, which ends in a perpetually burning fire at the centre. The piece is meant to give the “perception of distortion of reality”, he explains. “And it offers some melancholia, which was what I was feeling during the lockdown – I was trapped in Berlin for three months.”

As with many people in similar situations, the positive side of all this has been an opportunity for Lee to reconnect with the natural world around us. Although not usually a “nature” person, he surprisingly got into new habits of trekking, walking the fields and making cycling trips outside of the city.

It’s been a change of pace and subject from his usual routine, inspirations and interests. “I’m personally a big fan of music, club culture and politics, and I always pay attention to social matters,” says Lee. “Living in Berlin, and constantly travelling around the world, I’m always inspired by people who embody multiple identities and viewpoints, and can think beyond the surface. It’s the mixture of different artistic mediums that I find particularly fascinating and compelling.”

A boom in young Asians graduating from the West’s most famous fashion schools means a boom in independent labels looking to operate with a West-East paradigm. As one of this new generation, Lee has proved a true globetrotter. Of Korean descent, he was born in China, raised in Hong Kong, fashion educated at New York’s Parsons and is now living in Berlin, where he runs his award-winning label.

“I suppose the Ximonlee man is adventurous, openminded, well-travelled and willing to challenge gender norms,” the designer says. “His lifestyle is very diverse, he might be skateboarding in the morning, taking big meetings in the afternoon and then partying into the night.”

It’s a lifestyle that demands a lot of versatility and different types of clothes that can be changed up and layered. There’s also the idea of androgyny. Lee predicts that gender norms will undergo considerable change in the next decade: “I think in the past it was more women adopting menswear in style (e.g, tailoring, boyfriend jeans and jackets), but I think as people become more comfortable with fluidity, this will change and it will go both ways more.”

Very quickly, a striking Ximonlee look has developed: the tough, oversized shoulders, exaggerated silhouettes and utility betray an underlying softness and sensitivity, and there are the rugged streetwear influences, which are all the rage today. The way his fluid, tactile knits and sheers contrast with the slippery sexuality of PVC on overcoats is both complex and sophisticated.

For Lee, each season’s designs are viewed as a subject “study”, where chosen topics are “immersed into a complete experience … That’s why I tend to treat runway music, show setting and artistic expressions very seriously every season,” he says. “It’s about the whole experience and feeling … I’m primarily interested in fashion as a feeling inside and not just the way you look, or as a commodity.”