Our Favourite Looks From the 2022 Met Gala 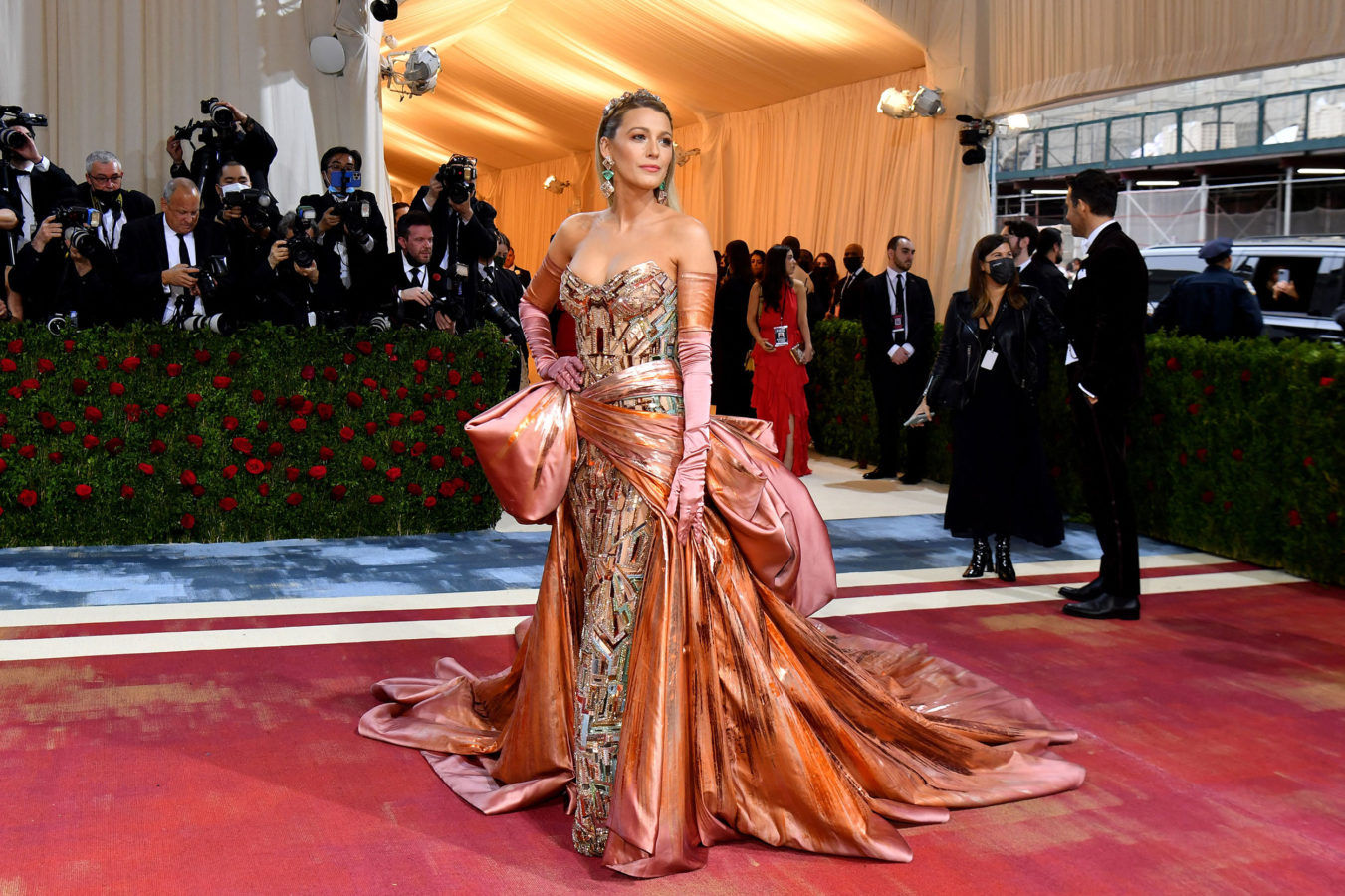 It’s the most wonderful time of the year! The first Monday of May belongs to Anna Wintour and the Met Gala. This year’s theme for fashion’s most extravagant red carpet event was Gilded Glamour – an homage to the opulent era that spanned from 1870 to 1900 in the United States – where the showdowns between the wealthy titans of old and new money resulted in some of the most exuberant balls and mind-bending gowns that side of the ocean had witnessed. Some critics suggest that the choice of the theme was inspired by the majority of the invitees not managing to deliver last year during In America: A Lexicon of Fashion.

As it happens, Met Gala also invites books of criticism to be written in the form of various tweets and Tik Tok videos. Us? We will focus on the best dressed and will exercise profound restraint in overlooking the guests who did not bother doing their homework (Gilded Age is still very much available on HBO Max, for those who are wondering).

The freshly-baked Oscar Winner, Jessica Chastain (Eyes of Tammy Faye), strutted down the pink carpet of the Metropolitan Museum of Art in a custom Gucci gown of Duchesse silk bestrewed with sequins. The dress featured long wizard sleeves, a slim cutout at the chest and came with a matching headpiece. The most mind-haunting feature of the ensemble (apart from Chastain herself, of course) was the Gucci high jewellery parure with earrings, ring and necklace of white gold, diamonds, rubies and pink spinels. If one has a habit of watching movies every once in a while, they might draw a parallel between Chastain’s look and Toni Colette’s costume in Nightmare Alley. Yes, the latter drew inspiration from the classic fortune teller get-up of the late 1930s, but, for us, the desire to suspend the disbelief and imagine a world where the costume existed before the 1900s is far too tempting not to indulge.

Once again, Billie Eilish proved that fashion should be run by the young. The 20-year-old singer was the attendee who, most precisely, followed the Gilded Age dress code. The singer wore a champagne-toned Gucci gown of heavy silk paired with a sculpting corset with flower detail at the bust and embroidered mesh gloves. The dress was styled with a black choker dripping with diamonds. We are told that the outfit had some claims of sustainability to it, “We didn’t have to waste a bunch of stuff. Just wanted to be kind of, like, as eco-friendly as possible,” the singer told La La Anthony during the Vogue Livestream.

She’s a vision in green, she’s Everything, she’s Everywhere, she’s All At Once. She’s Michelle Yeoh. For this year’s Met Gala, Yeoh wore a stunning sea green off-shoulder fluted gown of upcycled silk faille from Nepali-American designer Prabal Gurung. To call Yeoh the woman of the moment would be an understatement. The actress’s career spans near four decades; it took her from title roles in the martial arts films like Crouching Tiger and Hidden Dragon to the Star Trek franchise, Marvel blockbuster Shang Chi and The Legend of Ten Rings and, most recently, A24’s Everything Everywhere All At Once. The star paired her gown with a Tasaki high jewellery necklace with pearls, sapphires and tourmalines and a Richard Mille RM07 watch.

On the night dedicated to period fashion, we couldn’t expect the star of Bridgerton, Nicola Coughlan, to look anything short of breathtaking. Yes, the cult TV series took place in England during the regency era, which is approximately 60 years earlier than the Gilded Age – but – Coughlan’s attire had all the style canons of the latter: puff sleeves, silk, corset and a sweetheart neckline. The actress wore a baby pink-and-black Richard Quinn gown in heavy silk, paired with opera gloves. The dress also had feathers protruding from floral embellishments as a reference to the surname of Coughlan’s character in Bridgerton (Featherington) and the feather quills.

To nobody’s surprise, Chloë Grace Moretz rocked into the Metropolitan Museum of Art in a full Louis Vuitton archival look resembling the men’s fashion staple of the 19th century. Moretz’s platinum brocade jacket with light-green embroidery evoked, in its façon, a morning coat that first entered the fashion mainstream of the wealthy sometime in the 1810s. The star matched the jacket with straight crystal-white pants and reflective silver pumps, while her right ring finger was adorned by a blue signet ring designed by Francesca Amfitheatrof.

2022 Met Gala marks Blake Lively’s and Ryan Reynold’s debut as the co-chairs of the ball. Half of Hollywood’s most stylish couple wore a stunning two-sided custom Versace gown in rose gold. Halfway through the steps, Lively revealed the reverse side of her train in an aquamarine hue. The bodice of the dress featured an intricate geometric embroidery in gold, champagne and blue that paid homage to the art deco architecture of New York City, most prominent in the early 20th century. The actress accessorized her dress with pink silk opera gloves, along with rhomboid drop earrings and a tiara crafted by a celebrated American jeweller Lorraine Schwartz. “The draping [represents] the Statue of Liberty, plus the crown which has seven tiers, the Statue Liberty has seven rays representing the sun’s rays and then also the 7 seas and continents which represents welcomeness, inclusivity, and freedom,” the actress told People magazine.

One could only hope to see at least one pair of Victorian boots on the steps of the Metropolitan Art Museum. That pair belonged to a 26-year-old supermodel Taylor Hill. Hill wore a stunning midnight-blue gown with an intricate bustier shaped into peonies, designed by this year’s ultimate fashion starlet – Miss Sohee. The train of the model’s dress revealed an animated embroidery that depicted flowers and magpies, embellished with hundreds of Swarovski crystals. The dress, made out of Hansan Mosi (a fine ramie-woven fabric) – contrary to many misconceptions – was not custom and made its first appearance at Dolce Gabanna’s Saloni Alta Sartoria earlier this year.

R&B artist SZA, née Solána Imani Row, appeared at this year’s Met Gala in a hot-pink gown that, judging by the signature draping at the sculpting bustier, was no other than Vivienne Westwood. The dress was realized in beautiful moire fabric. The singer, who recently was awarded a Grammy for Best Pop Duo/Group Performance for her collaboration with Doja Cat in “Kiss Me More”, paired the Westwood gown with black latex opera gloves, black latex pants that flowed seamlessly into matching boots, and a massive black hat. The vision in pink might, to some, has come off as a reference to Salma Hayek’s portrayal of Sara Sandoval in Bandidas.