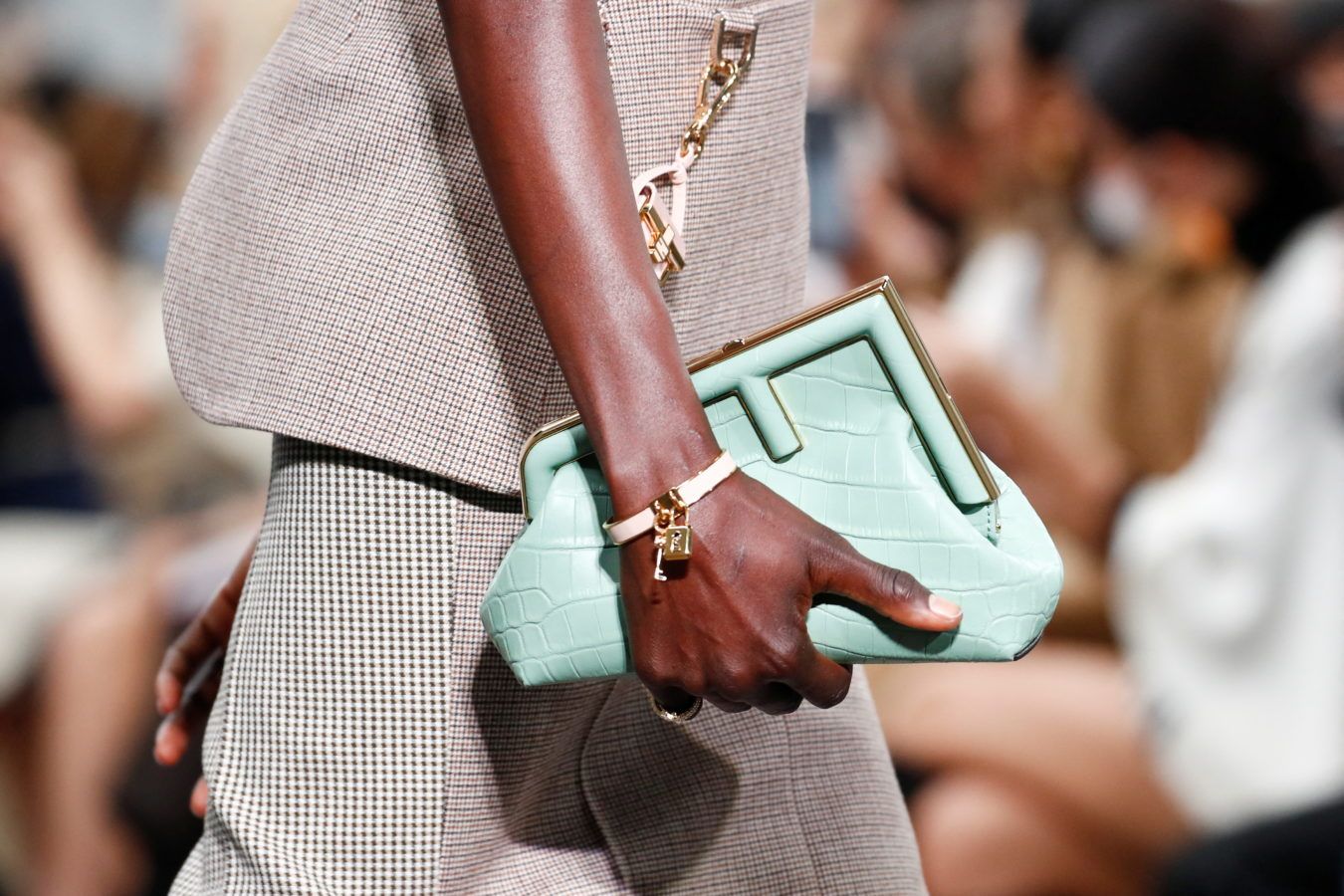 Milan Fashion Week returned on February 23rd. This season, we are seeing both heritage and young Italian brands embracing innovation and pushing their artistic geniuses to the new heights of excellence.

Here are our picks for the most memorable shows from Milan Fashion Week day 1:

Fendi’s Autumn 2022 collection was all about lightness – whether derived from menswear or women’s. The silhouettes were, above all, referential. Soft tailoring, executed to evoke the styles of the early aughts – subtly – was interspersed with sheer slip dresses and fur-trimmed skirts in leather. Kim Jones summoned the spirits of Karl Lagerfeld and the personal style of Sylvia Venturini Fendi herself to help him construct the looks, most of which stemmed from the archives. Jackets adopted a range of cuts from cropped to elongated ones, every single one boasting soft waists and rolled-up sleeves.

Roberto Cavalli’s Fausto Puglisi designed his Autumn 2022 collection around prints: cheetah and florals were front and centre, while a surprise guest – tartan – gave the collection a fresh new dimension. Puglisi profoundly expressed Roberto Cavalli’s sui generis brand of sexiness through harness dresses, harness bodysuits and an actual harness constructed from gilded roses, certain looks felt to have been impressed by Elisabeth I herself. The look that read as an unequivocal homage to Cavalli archives was the golden brocade cape and pants, screened in enlarged leopard prints.

This season, Diesel, once again, etched its name in the hearts of Gen Z and Millenial fashion observers. Glenn Martens’ architectural ingenuity and sense of humour have ripped the conventions of denim to shreds, and the spectators couldn’t be happier. Martens brought couture sensibilities (which he had proven to have plenty of in his Jean Paul Gaultier collection last couture season) to one of the most utilitarian fabrics of all. There were floor-sweeping fur coats made entirely out of denim fibres, acid-washed denim bodysuits and, interestingly, bodycon Martian-esque mini dresses and skirts in metallic knits.

‘Begone tulle gowns!’ was what Alberta Ferretti felt to have said this season. Her Autumn 2022 line turned models from goddesses into working women by weaving gothic references into everyday essentials. Ferretti’s slouchy knitwear looked so pleasing against the backdrop of sharp tailoring and 1940s-inspired wide-brimmed hats. There were, of course, enormous fur coats in black and jewel tones, along with generous use of velvet and silk as an attempt to tie the collection back to the designer’s regal canons.