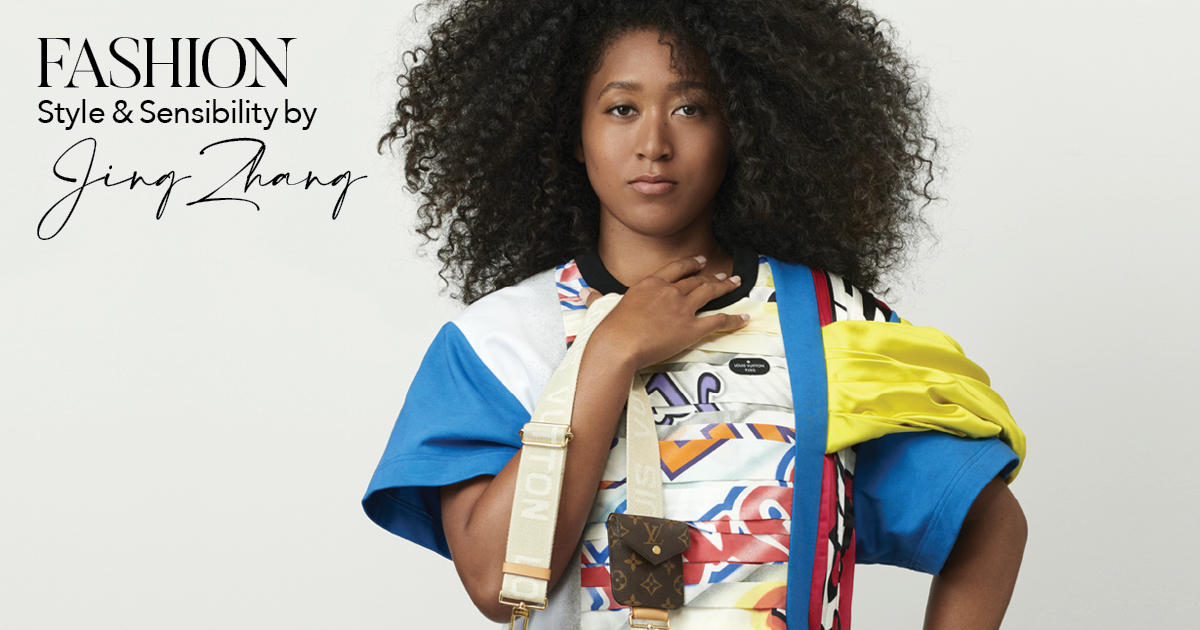 Louis Vuitton, arguably the world’s most recognised fashion luxury brand has just named Japanese tennis star Naomi Osaka as their global ambassador… a list that usually runs the gamut of young, skinny Hollywood royalty types. In its brand release, Louis Vuitton describes Osaka as “multi-faceted, independent and modern” and “one of the most explosive and influential tennis players of all-time,” before adding that she is “perfectly incarnating the Louis Vuitton woman.”

For her part, Osaka says that “aside from tennis, my most treasured passion is fashion.”

Her debut is the SS21 campaign, shot by the house’s womenswear Artistic Director Nicolas Ghesquiere, a designer that Osaka admires, whilst they both share “a mutual love of Japanese culture and style.”

Vuitton has in recent years tapped Virgil Abloh to head their menswear line and tapped a young Jaden Smith to be the face of a womenswear collection (you’ve read that right, womenswear), so they’ve invested in public displays of diversity for some time now. It’s translated well for the brand in terms of sales, street credibility, and repute. The appointment of Osaka, a bi-racial Haitian Japanese tennis star, is perhaps not a big surprise in that context.

However, Osaka’s appointment is significant because of her sports status, her professional skill, and the fact that she doesn’t fit a typical physical Hollywood mold. Her body is strong as it is skillful and yet still an anomaly on fashion runways. She is more than deserving – and the feeling that she is more substantial, more skilled, more vocal, and dynamic than your typical luxury ambassador is just an indication of how luxury is shifting.

Whilst it might seem inappropriate to compare real social injustices to those who fronts a luxury brand or campaign, the way big global brands respond to representation reflects a current societal zeitgeist. What Osaka’s appointment hints at is the turn of the tide in celebrating substantial celebrity, beyond waif-like starlet or influencer types. As social unrest, environmental crisis and Covid has thrown the industry into all sorts of existential reckonings, the natural and authentic have emerged as priceless qualities. That yearning for authenticity is palpable and real, even in fashion.