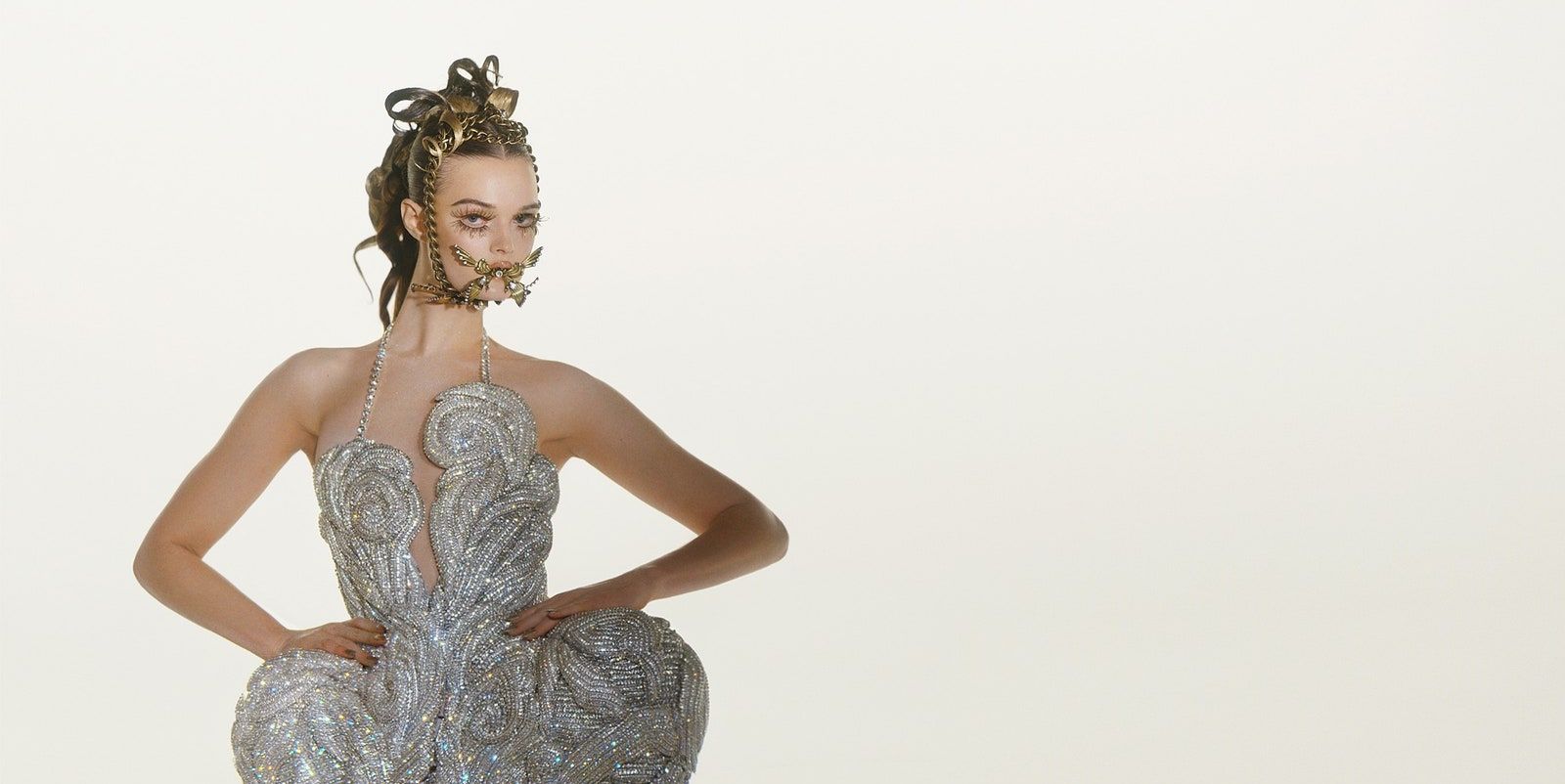 Here is our picks of the most memorable shows from the day 1 of New York Fashion Week:

Proenza Schouler presentation was, by far, the most anticipated one during the first day of New York fashion week. Designers Jack McCollough and Lazaro Hernandez reappraised their beloved corseted silhouettes in a context more relaxed (as contradictory as it sounds). The collection was an interpretation of the pandemic-induced ‘comfort and ease’ style canons, as seen from relaxed yet perfectly constructed tailoring and full tulip skirts. McCollough and Hernandez made their stance on sneakers this season clear by deliberately rejecting the staple and, tastefully, replacing it with boxer shoes and precisely-cut leather ballet flats.

Christian Cowan’s ambition to create ‘the highest high-fashion show ever’ paid off – partially due to the presentation taking place at the One World Observatory, overviewing Hudson river, but – mostly – due to the collection itself that could be aptly described as joyfully glamorous. Cowen-beloved sequins and feathers appeared throughout the collection: on the trims of the black blazer dress, gowns, skirts and a bishop blouse even. The feeling of the presentation felt like that point when a gala turns into a party – it profoundly captured the moment where the anticipation of a highbrow bacchanalia reaches its apex, merely seconds before the ball drops.

Surrealism seems to be the buzzword of the season. Libertine embraces the movement and intertwines it with 18th-century and punk references. Most of the prints were designed in-house, with some of them pulled from the archives of the brand’s first show in 2003. Eye and floral motifs rode alongside occasional solid colours – a direction meant to convey – simply – joy. Creative director Johnson Hartig also introduced a range of silk-printed headgear, from bucket hats to tricorns.

In its Autumn 2022 collection, A.Potts offers its reappraisal of the casual wardrobe. The gender-neutral label leaned into experimentation with its use of boiled wool, velvet and bizarre forms like tentacles attached to the backs of some outfits. Aaron Potts, the brand’s founder, introduced a pleasing palette ranging from blush pinks and oranges to blacks – mostly monochromatic, with occasional animal and abstract prints. The patent leather looks stole the show; Potts managed to construct flattering silhouettes with ruched dresses, bulky coats and capes, attesting to the designer’s ambition to ‘tear down boundaries’.