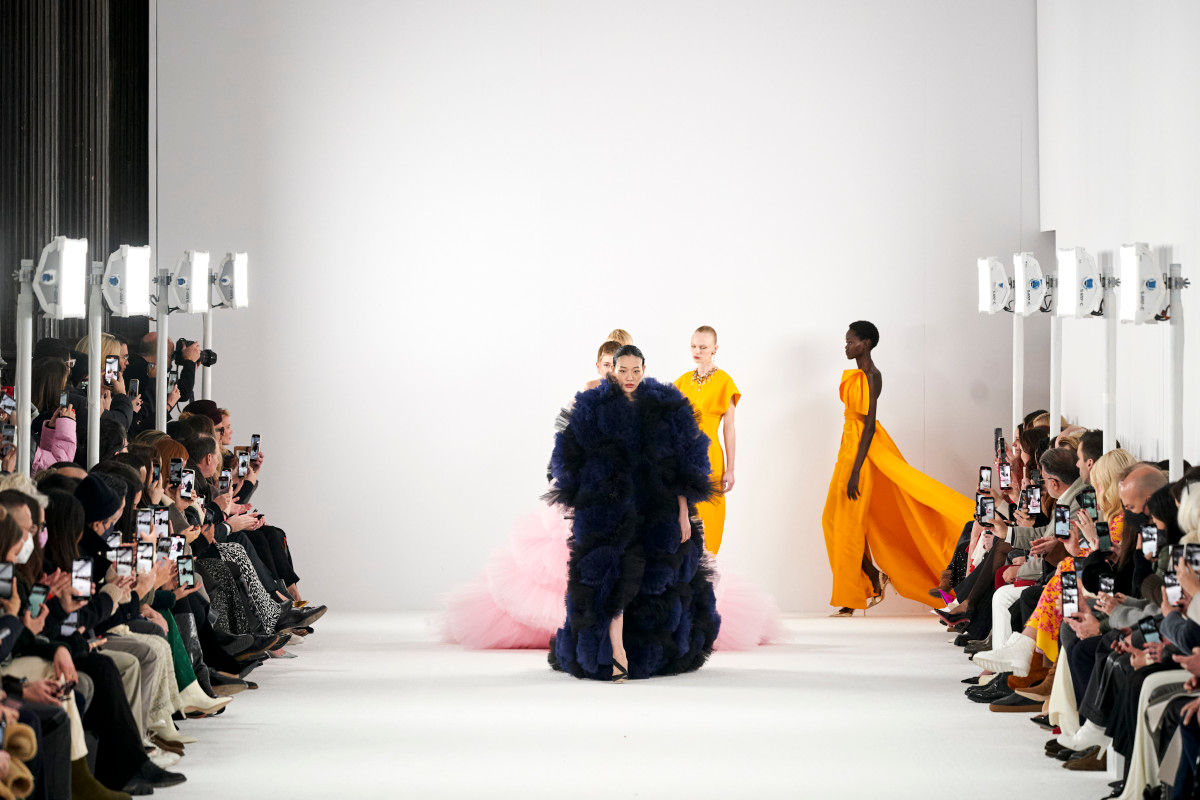 Here is our picks of the most memorable shows from the day 4 of New York Fashion Week:

Carolina Herrera’s Wes Gordon showed his autumn 2022 collection on Valentine’s Day – aptly so, considering how romantic the whole show was. Gordon embraced florals, 1960s-inspired silhouettes and dramatic shapes – a tribute, perhaps, to the designer’s time at Oscar de la Renta. Some looks read as an ode to Mrs Herrera herself, of course, like the fitted peplum shirt with a dramatic floor-length fuchsia skirt or the bishop-sleeve coat, for example. The piece that stood out was the baby-pink mini dress with floating bra cups and a baroque tulle train.

It’s official: low waists are back. In his Autumn 2022 show, Laquan Smith introduced a rulebook on how to interpret the cult early-aughts trend the modern way (not without the help of a certain supporting actress who’s been spending her time with a certain controversial rapper). Smith decorated his fables bodysuits with hip bone cutouts and styled them with the lowest-sitting pants this season. Vinyl made an appearance, of course, however, unlike in the last couple of collections, it served as a tasteful accent, accentuating the textural complexity of other materials like lycra, vinyl and sequins.

Dion Lee devised an army of sci-fi knights to present his Autumn 2022 collection, and what a joy it was to take in! In reinventing his signature precisely-constructed corsets, Lee took a step away from lacing and opted for leather and shearling(!) panels instead. Lace gimp suits in red and blue were a bold choice that, among a largely neutral-toned lineup, stood out like a star antagonist of an anime arc. A couple of menswear looks presented embraced androgynous sensuality with asymmetric skirts and bodysuits with triangular masks embedded in them.

The once-boho-chic-haven Tory Burch, embodied the new-gen sexiness this season, and fans couldn’t get enough of it. Calculated risks were taken by Honor Brodie that paid off: the high-waisted technical harem pants that flowed into tight bustiers read as an Upper-East-Sidian take on the phenomena of covid-induced sweatpants culture. Asymmetric abstract prints on skin-tight dresses gracefully forayed into the risk focus of the collection that, in its very heart, was a love letter to the city of New York and its women.