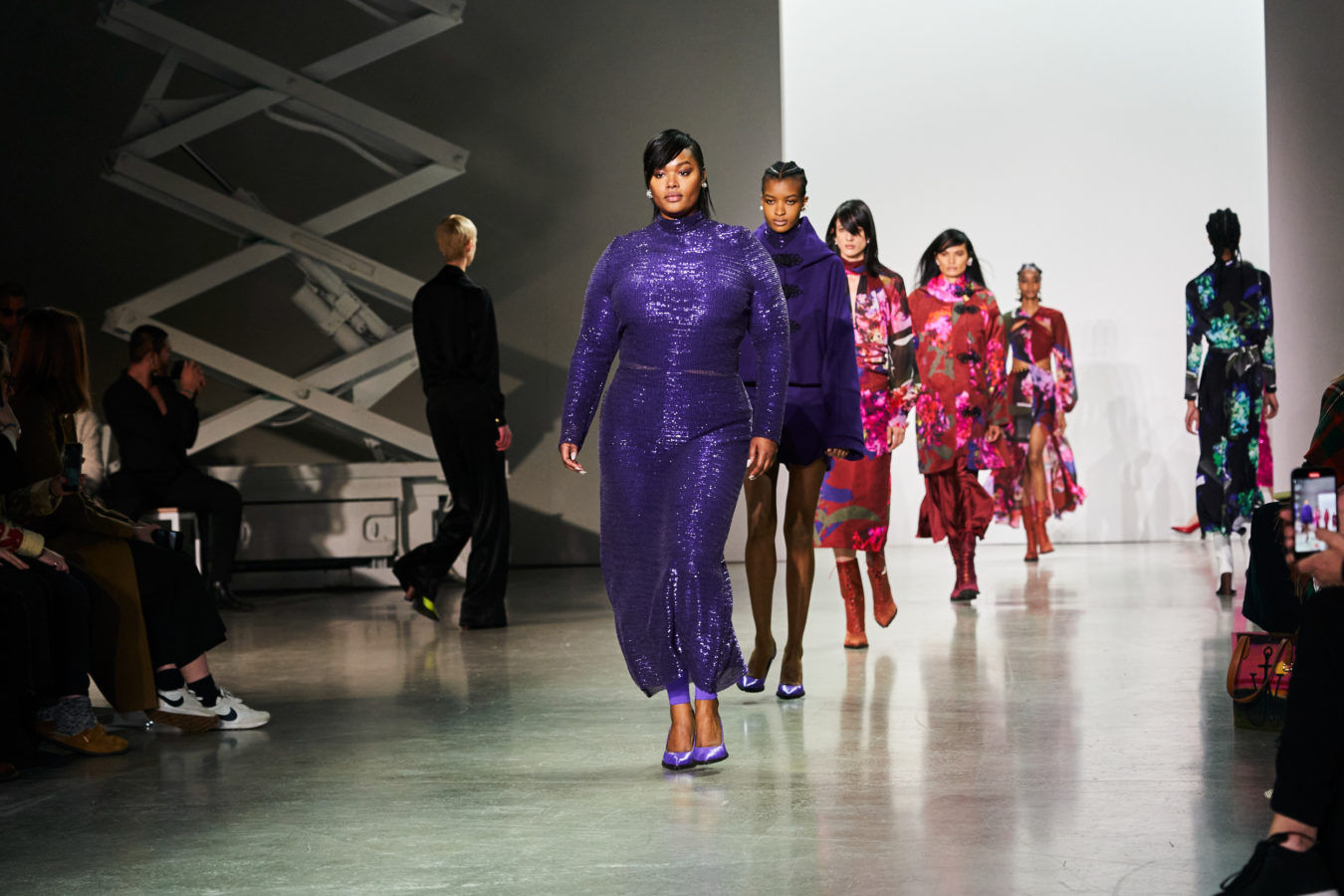 Here is our picks of the most memorable shows from the day 6 of New York Fashion Week:

Collina Strada was among the latest vanguard of designers who explore the early aughts aesthetic – her take, however, tunes colours (and camp) to the max. Belted mini-skirts and baggy pants under asymmetric dresses echo the stylistic influences of Ashley Tisdale’s best looks back from her Suite Life era. Crushed velvet tracksuits – an unequivocal staple of the ‘00s zeitgeist – adopted 19th-century-inspired padded silhouettes, some turned into gowns even. The prints on hoodies, pants and T-shirts masterfully channelled the works of candy pop sirens of the decade’s past – think Avril Lavigne, The Veronicas and Katy Perry in Teenage Dream.

Prabal Gurung’s autumn 2022 collection is somewhat a tale of two cities – Gurung’s base New York and his native Kathmandu. The Nepalese-born designer adapted the traditional choli blouse into flowy silk dresses in hypnotising tones; they also utilised traditional sari draping techniques. Despite the heavy-handed glamour of the collection, it still read as extremely wearable: the stretchy knit dresses, for example, can be endlessly styled with coats in fur, leather and wool and boots both tall and ankle-length, heeled or not.

Who Decides War’s War Everard Best and Téla D’Amore are obsessed with details – the kind of maniacal almost scrupulosity is uncommon for streetwear brands. The use of appliqué and embroidery on textiles like denim signals the couture-level of expertise and, in some cases, even presents as subtle. WDW’s fabric manipulations don’t steal the spotlight from the silhouettes, but rather amplify it, as seen, for instance, from the feather-embellished boxy suit with distressed detailing.

Texas-born Bach Mai is an American designer who aspires to be the next John Galliano, who, in turn, was once known as the new Charles James. With his autumn 2022 collection, Mai created a storyline through colour and construction, in which the soft, angelic palette of greens and pinks developed into crimsons and burgundies. Mai extracted the essence of the silk slip dress canon and reinvented it endlessly into ethereal looks by combining them with jackets (some of which were sleeveless) and elbow-length gloves.