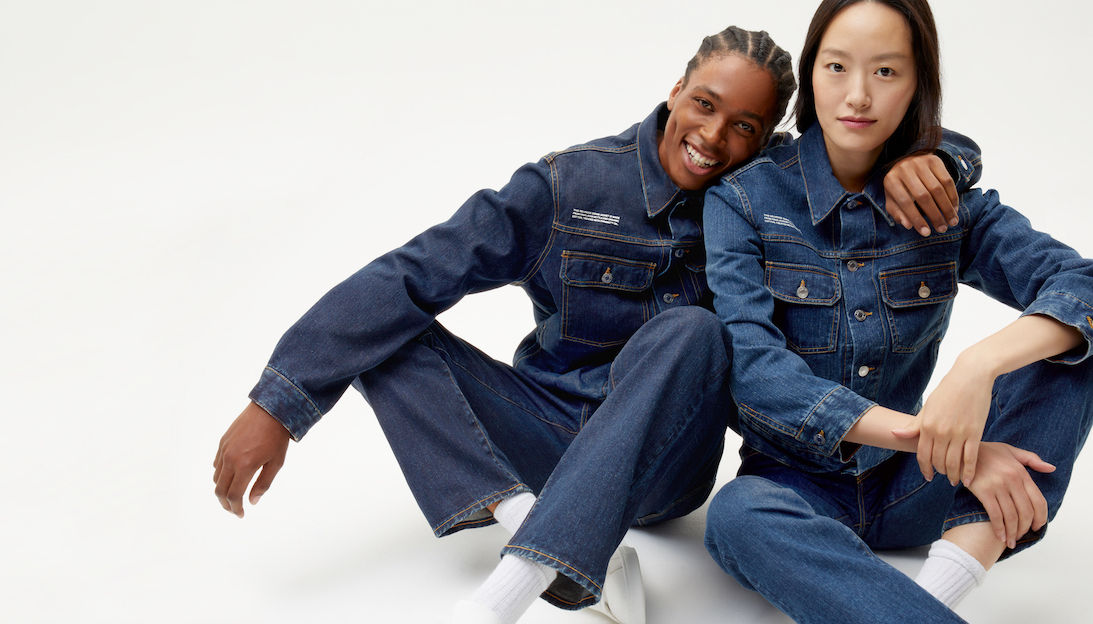 We explore how sustainable powerhouse Pangaia tapped Jonathan Cheung for its debut denim range and the unspun made- to-measure capsule collection.

With a Hong Kong pop-up debut at Lane Crawford this month (which is later travelling to Shanghai, Beijing and Chengdu), Pangaia is making waves in Asia through its latest global outreach. The materials- science fashion label that’s captured a whole generation with its ethical loungewear has also released its first foray into denim. Helming Pangaia Denim is British-raised, Bay Area-based Jonathan Cheung, who made his name reviving the Levi’s brand as its global head of design and senior vice president before leaving in 2020.

“I’ve known the Pangaia core team for some time … and was very privileged to take up that challenge,” explains the designer. “So now we’ve done three drops of denim. The first one was Himalayan Nettle – pretty classic, pretty familiar shapes: a denim jacket, a pansexual straight-leg jean (not dissimilar to vintage Levi’s 501s) and a high-waisted women’s jean … But there are nerdy tweaked details to it, such as veering to the left- instead of the right-hand side – the weave of the denim is left (99 percent of denim is right woven) and the stash pocket is on the left here.”

That entirely new blend of Himalayan Nettle (nettle fibres being strong with a hollow core) and organic Indian cotton was created with the Candiani Denim Mill in Italy, and results in soft yet durable and breathable denim, making it cooling in summer and warming in winter. The innovation also emphasises the use of regenerative plants, more sustainable farming systems and high-tech processes.

“The goal is to promote biodiversity and regenerative agricultural systems, while creating resilience in the supply chain by utilising a greater variety of plants as fibre sources,” says Pangaia’s chief innovation officer, Dr Amanda Parkes. “We’re working towards other innovations in our denim portfolio to bring an entirely new material library into commercial reality.”

The second drop uses innovative cocktails of French hemp, Turkish organic cotton and Indian natural indigo. Most come in a rich indigo hue with two washes, and there’s a bright flamingo pink in the Hemp collection. Pangaia’s material-science background, tech savviness and sustainable practices have created the perfect avenue for Cheung’s designs as “an instrument of how to express those new materials … And how to make designing a bit of the future come to life.”
There was also the big November launch of the Pangaia x Unspun made-to-order capsule-collection denims in four genderless styles. By using 3D scanning technology via a smartphone app, customers will be able to create jeans specifically for their individual shape.

“It’s totally agnostic to gender, size and ethnicity, and will make a one-of-one pair of jeans for you,” Cheung explains, adding that this is just a first step in his three- year plan. From where we’re sitting, it’s a powerful, punchy combination of marketing, technology and the label’s signature “high-tech naturalism”.

We ask the denim guru if he sees this as the bright future of fashion. “What we’re doing here, when you look at it, you can’t help but think, yeah, that’s the future,” he says. “You have sustainability, using things like Himalayan nettle and natural indigo and all those ingredients, as the first step … Some of those things haven’t been done before in that particular cocktail. And then the custom jeans using a scanning app – again, it’s another new thing. We do inclusive sizing and pansexual styles, so I think all those things are creating a little snapshot or a mini perfect storm of what the future could be like.”

It’s perhaps a bold claim, but the systems Pangaia are espousing are radical in several ways. Their explorations have yielded innovations, such as freshening peppermint oil-infused fabrics, recycled cashmere and the proprietary FlwrDwn technology in puffa jackets/coats that are perfect for winter. So why not take on the ubiquitous denim jean? “It’s the most democratic, inclusive, hard-wearing, long-lasting and culturally influential piece of clothing in all human history,” says Cheung. “No other piece of clothing has been worn for so long, by so many people and I’d argue that a simple pair of jeans is the coolest piece of clothing you can own, too.

“Our work has been like farm-to-table, starting at the plant level to make even better, unique denim. I think the estimates are, any one time, about 50 percent of the world’s population is wearing denim, which is quite something … And how do you define influence? It’s the breadth and the magnitude that something has and its effect on a population.”

It’s all very fitting for a new-ish fashion brand that’s eschewed seasonal trends for wardrobe staples – all made in a better way than has generally been done before. And though the pandemic clearly exacerbated existing issues in the fashion system and production, the groundswell for better social and environmental practices had reached the mainstream before that.

For Cheung, whose family hails from Hong Kong, this is the latest milestone in an already illustrious fashion journey. Growing up as a first-generation immigrant child in the middle of England – in Margaret Thatcher’s birthplace of Grantham in Lincolnshire, to be precise – as a teenager, Cheung “had this kind of dream that I didn’t know how to express — I kind of wanted to be a fashion designer and it was hard in those in those times in the ’80s, in small town. But I managed to not be a lawyer or all the things my parents wanted me to be, a doctor, dentist, you know how it is.”

He made it to fashion school, though, and then went on to spend 10 years in Milan, where he worked under Franco Moschino and Giorgio Armani. A visit to the Levi’s archives then led to a job at the brand, where he rose to helm men’s and women’s design during the jeans giant’s big comeback period. “That was an enormous adventure and privilege, and it will always have a lasting, a lasting mark on me. I was a Levi’s fan before I worked there … I’ve always believed that the 501 is the greatest piece of clothing design in human history. I guess I’m a product of my time, right?” says Cheung, who talks about watching the likes of Sade, the Smiths and Debbie Harry do their thing in denim. “Denim is part of my youth culture. It just has an amazing history with its closeness to popular culture.”

We speak only several days after the death of Virgil Abloh at just 41. The man is close to mind, as Cheung worked with Abloh after 2015 and knew him well. “Virgil was always wearing a trucker denim jacket, and he loved that. So all those things made that journey very, very special. And it’s a great privilege to kind of continue that adventure with Pangaia …This is just the beginning; we’re literally growing our future jeans right now.” “Is it possible to make clothing that’s actually more beneficial to the planet than if that clothing did not exist?” asks Cheung. “We at Pangaia are working towards that.”