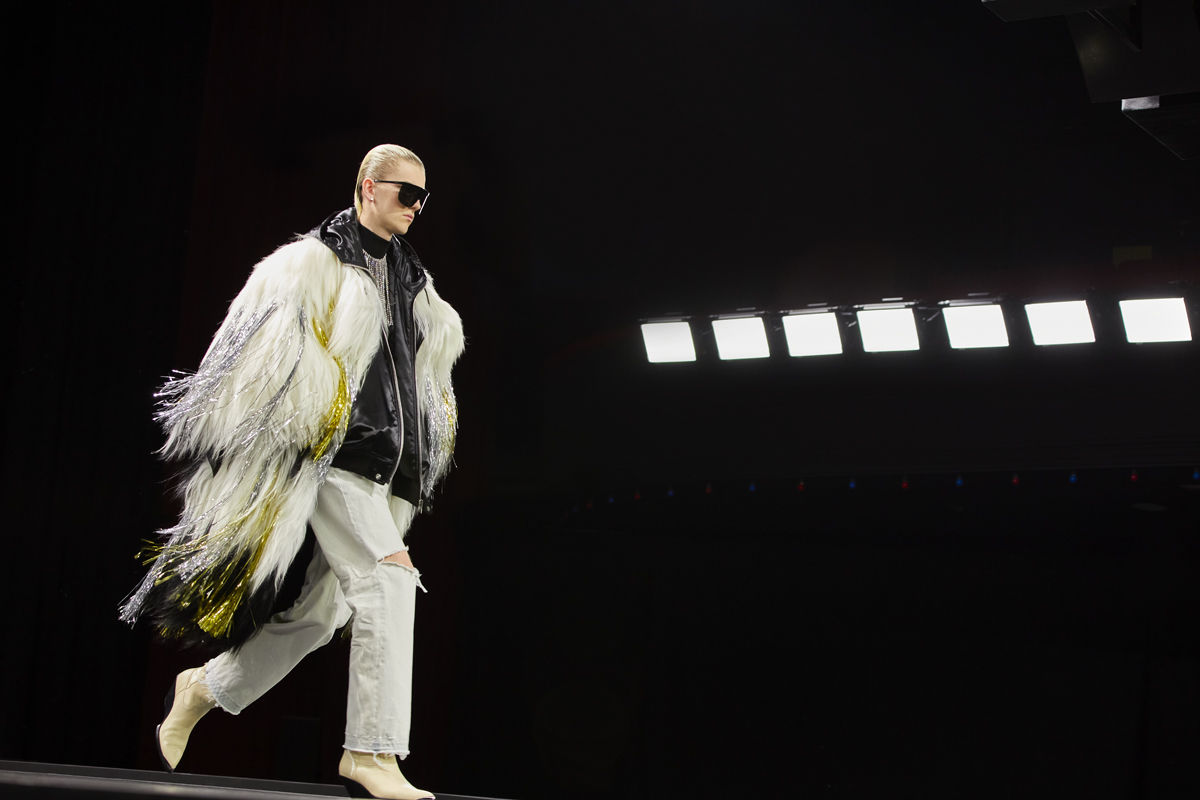 Here are our picks for the most memorable shows from Paris Fashion Week Day 3:

Ghost town or a covenant? Rick Owens’s autumn 2022 show encompassed both somehow. Owens captured the references to Catholicism that was so prominent in Owens’s childhood by creating a range of solemn, statuesque and, sometimes, hooded silhouettes. The opening look was particularly enticing – it had a turtleneck layer on top of a coat that restricted the movement of shoulders. The collection featured more familiar Owens’s isms, like the tight-knit tops with dramatic shoulders, cropped padded jackets and, of course, platformed shoes. By far, the most surprising addition to the show was the glittery gowns with complex cape elements that twisted and turned to trace beautifully surreal forms.

Many fashion observers, this author included, were starved for Ludovic de Saint Sernin’s sui generis brand of eroticism. At last, Paris’s fashion lover boy has returned – and a hell of a homecoming it was. The collection transcended the tired canons of ‘elevated basics’ and veered into melancholic sensuality. Saint Sernin’s signature languid silhouettes with undone shirts, long coats and scarves over bare chests and boy dresses elevated the designer’s modern-romantic aspirations. The obvious social commentary was not at the forefront of the collection – it was comfort and pure elegance.

There is no shortage of designers enlisting the works of sci-fi to inspire their collections this season. In Heliot Emil’s autumn 2022 show, that step seemed more logical than many. Metal, nylon and leather were the primary materials used by the designer and helped create structured silhouettes that ranged from highly utilitarian and boxy to erotic and skin-baring. Militaristic references were also there, as expected for most science fiction-derived collections, yet – in the case of Heliot Emil – they seemed completely integrated into the range, with no clear distinction where the sexy Matrix-y sci-fi ended and the heavy-handed styles à la Star Wars began.

Hedi Slimane decided to stage his autumn 2022 show for Celine in L’Olimpia – the oldest music hall in Paris. Collection bore the name of Boy Doll and tuned Slimane’s most beloved style formulae to the max. Glitter, tinsel and beads were used liberally – in coats, pants and footwear. The designer also went heavy on bombers – those became somewhat a signature in Slimane’s run at the French Maison. Tailoring was but a supporting character in the range. Naturally, heavy reliance on suits and waistcoats might have hindered the show’s explosive youthfulness. It’s a BOY Doll, not a MAN Doll, after all.