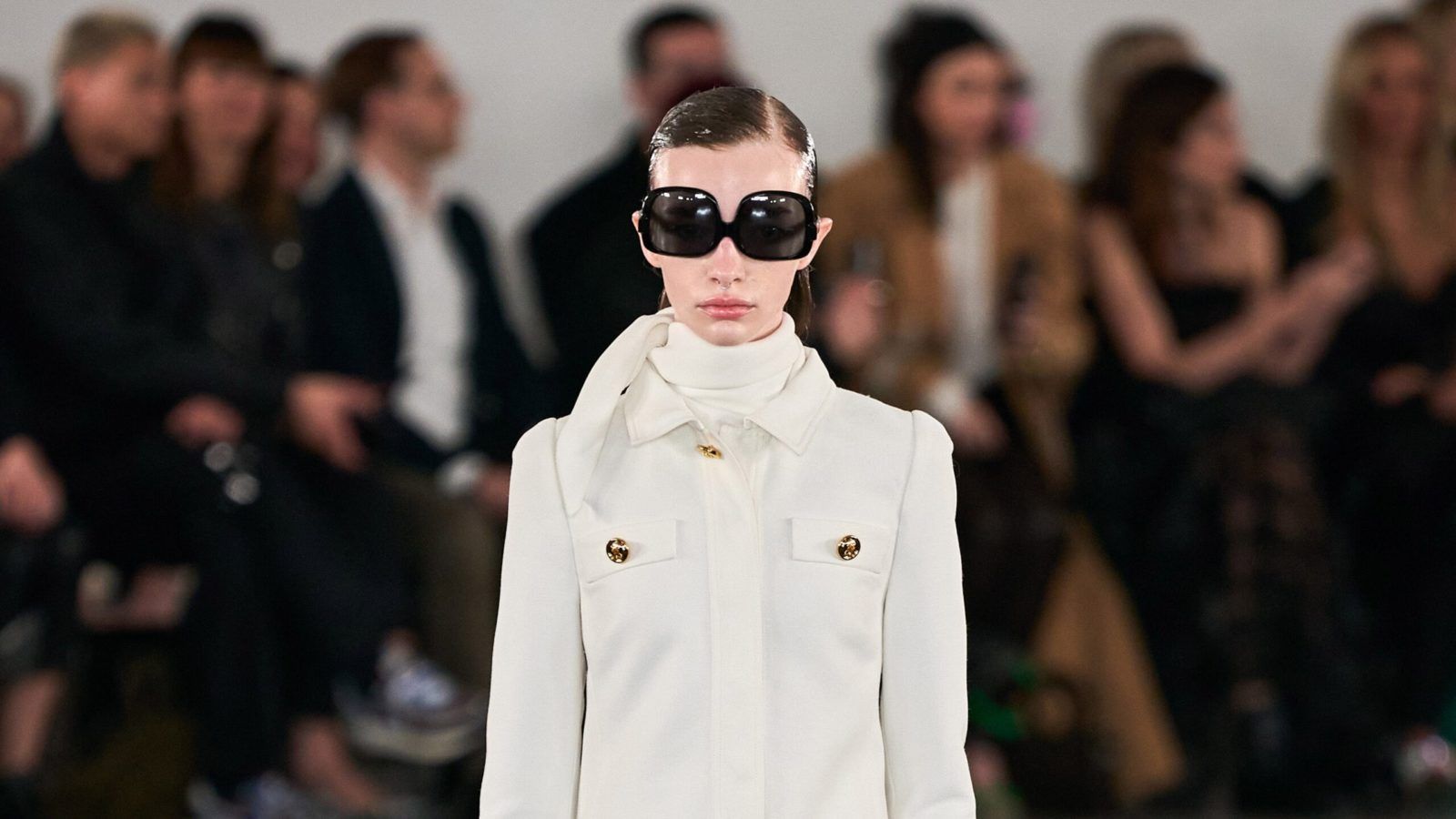 Here are our picks for the most memorable shows from Paris Fashion Week Day 7:

It was interesting to see Louis Vuitton’s Nicolas Ghesquière create a coming-of-age story on his autumn 2022 runway in Paris.  The collection was built upon the trope of a teenage girl wearing the clothes she stole from her boyfriend, as evident from oversized high-waisted pants, jolly ties and pilot jackets. There were some new silhouettes, including the ones created by the tweed waistcoats that had their hems forming something resemblant of a scarf and looks that masterfully blended eveningwear with street staples, like a range of sheer dresses under oversized printed sweaters.

This season Swiss designer Kevin Germanier leads the opposition against minimalist with his signature explosive beading and embellishments. Germanier’s beaded crochet techniques have been evolving through seasons, this time, culminating in a range of surreal, alien, almost, masks. The line-up of mini dresses and feather-clad tops complemented some suits that boasted generous embellishing and were styled with beaded uggs. Despite the designer’s penchant for extravagance, wearability was not forgotten. In addition to intricately-constructed bead crochet dresses that bore a closer resemblance to cages than garments, there were also fabulous sequined sweaters paired with embroidered denim.

Sacai’s Chitose Abe is no stranger to hybridization. Her first show at Paris fashion week in two years was filled with two things: innovation and emotions. The trench coat – a staple most commonly used by Sacai as the base for their textile manipulations (the striking novelty was a piece that combined a mackintosh and a fur coat). Some looks pushed the boundaries of streetwear towards cocktail attire, like the tiered nylon dress over a white dress shirt – such creative choice alone was a testament to Abe’s intuitive understanding of the stylistic aspirations of Gen Z.

Giambattista Valli’s autumn 2022 collection was an ode to the one and only French Woman – her femininity, class, nonchalance. Valli perfectly captures generations’ dichotomies in a single collection – there were off-shoulder dresses straight from the 1940s, minis from the sixties and playsuits from the 90s. The range was also a symphony of colours and prints: leopard-clad coats were met with florals and lace, while all the seemingly contrasting elements came together thanks to a hosiery element in all the soft hues from nude to turquoise.