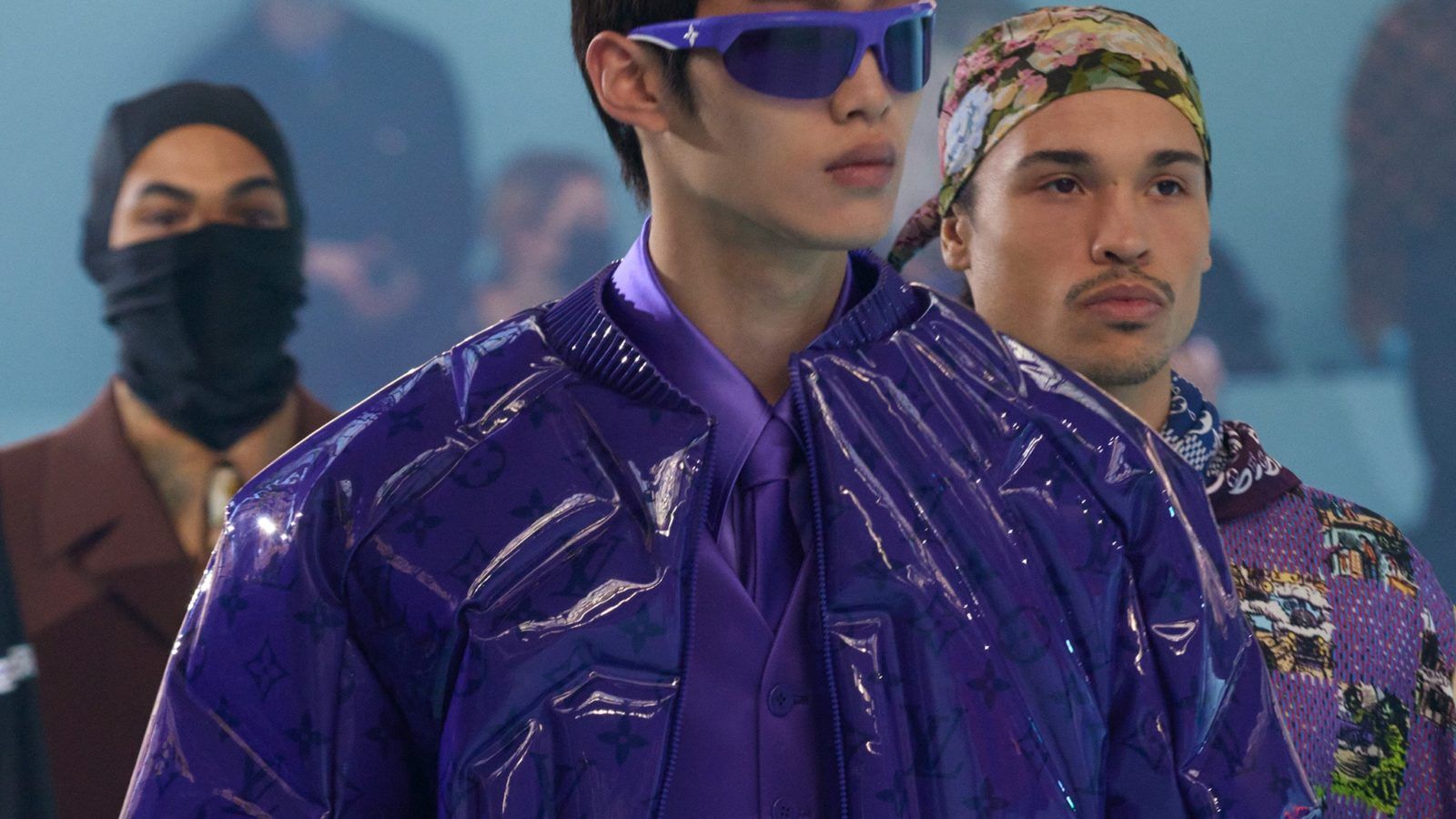 This season’s Men’s Paris Fashion Week brought us new silhouettes, reminding us of timeless styles and of how much we all miss a certain fashion visionary.

Here are our picks of the best menswear at PFW

Véronique Nichanian’s designs for Hermès menswear tread the line between seductiveness and class. The 43 iterations of the modern Dandy walked down the autumn 2022 runway in lambskin and croc leather, cashmere and, interestingly, nylon. The explosions of chlorophyll-green, Hermès-orange and crimson on sweaters, cagoules and jackets invited the yearning for materiality and exploration of all that is physical, ever so relevant in a time where digitisation of luxury brands is increasingly ubiquitous.

Your eyes did not deceive you, Jean-Paul Gaultier’s signature infrared torso print made a guest appearance in Glenn Marten’s autumn 2022 show for Y/Project at the men’s fashion week. The homage was timely, given that Martens will assume the role of a one-time Creative Director for Gaultier’s collection to be shown during the upcoming Couture week. Back to AW22. The lineup plays on the provocative extremes with nipple graphics (take that, Instagram goons), messy necklines and, as always, sharp tailoring. Knitted balaclavas in electrifying colours plumb greater depths of surrealism, while occasional crop-tops introduce a subtle patina of himbo-ness.

Kim Jones’s ‘one-man show’ approaching Dior’s 75th anniversary was a celebration of the House’s now-iconic canons: Gris Dior, Dior garden (so often interpreted and reinvented by Maria Grazia Chiuri) and, of course, the Mizza print. Swathing tailoring, so characteristic of Jones, was switched for slouchy silhouettes with even more layers. It was enticing to see the cannage leather travel from Lady Dior onto jackets, almost as enticing as were the muff-resembling cuff details embroidered with flowers.

Rick went to Egypt, everybody! So, naturally, the Rick Owens autumn 2022 menswear collection, shown at Paris fashion week, oozes with references to the ancient memorabilia, stripped down to pure forms. The silhouettes reflected dystopian utility, as expected from Owens’s enfant terrible – however – it was the headpieces that stole the show – the headgear evokes the sense of sacred relics of Egyptian temples and tombs toured by the designer himself. Despite the focal point of the collection being outerwear in nylons, furs and leathers, Owens, as always, balances the austerity of puffer jackets (some with attached face coverings) with a tasteful amount of skin.

Louis Vuitton autumn 2022 menswear collection was the highlight of men’s fashion week in Paris, and the apogee of late Virgil Abloh’s innovative and authoritative approaches to design. If one were to arrange the timeline of all Abloh’s shows for Louis Vuitton, one could see the purest manifestation of the designer’s ‘ironic detachment’ approach. Magisterial tailoring adopted jewel tones accentuated by satin and velvet, while a myriad of quirky accessories played into the collection’s overall lighthearted tones (despite it being, ultimately, a memento mori). In the whirlwind of colour, textures, references both comical and cynical, the angels that walked down the runway at the end of the show to the standing ovation were the metaphor for Abloh’s painfully short yet impactful triumph.