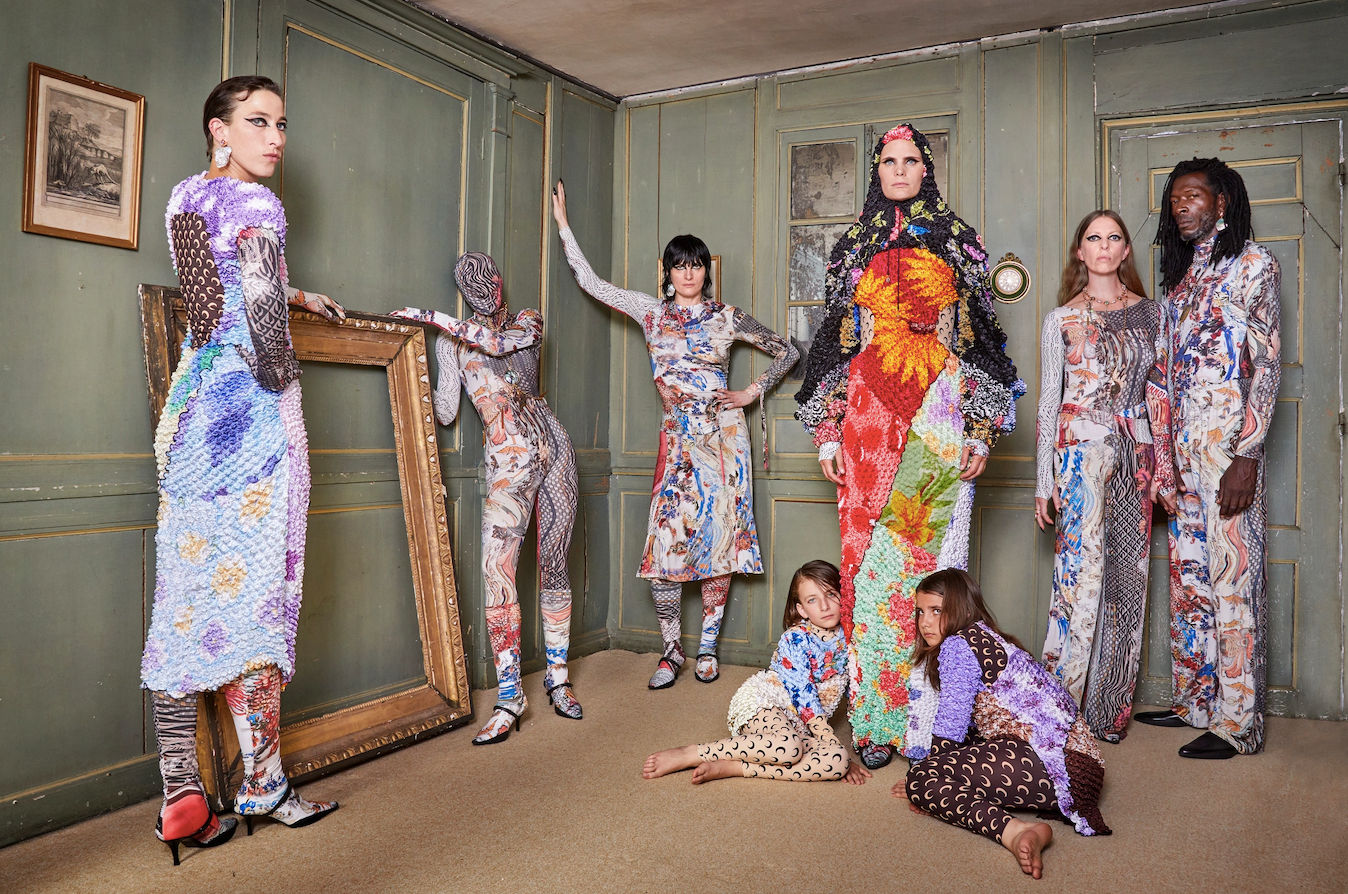 If the final destination of an object post-sale has rarely seemed more enticing than landfill or a donation box, that’s especially true for clothes and shoes, as well as many accessories. For items more commonly associated with the term “treasure”, on the other hand, the post-retail pathway is sometimes more akin to the plot of a romantic adventure novel.

Queen Elizabeth II’s favourite tiara, for example, once belonged to the Grand Duchess Vladimir of Russia, wife of Grand Duke Vladimir Alexandrovich, who was the uncle of Tsar Nicolas II. The tiara was retrieved from the Duchess’s palace by a British antique-art dealer following the assassination of Romanovs, and eventually made its way to Queen Mary, who passed it on to her granddaughter. The original version of the tiara included several pear-cut emeralds that were replaced by pearls by the British royal jewellers. At some point, pearls were removed completely, leaving only a spiral-shaped metal base encrusted with diamonds.

Nowadays, one can witness similar techniques of reinvention being applied to luxury objects that have little or nothing to do with royalty. In luxury, the art of customisation often goes hand-in-hand with upcycling – both are emerging directions that more brands are exploring. French designer Marine Serre, for example, first embraced the approach, which she calls eco-futurism, in 2018. In her autumn 2022 collection, the princess of Paris underground fashion approaches deconstruction from a standpoint both sustainable and scrupulous – a stark contrast to the ’90s interpretation of the idea. She tells the story of reinvention with a plethora of upcycled knits alongside intricate tweed coats patched with tartan scarves, not to mention a sinister-looking hooded gown made from discarded graphic T-shirts and lozenge sweaters. In 2021, 50 percent of Marine Serre collections comprised upcycled products, including silk scarves, carpets, denim, leather and household linens.

The largest share of upcycled luxury goods is occupied by handbags and footwear. With growing celebrity endorsements for the movement, such as Kylie Jenner and Kim Kardashian sporting Hermès Birkins reinvented by Belgian designer Jonathan Riss of JAY AHR, customisation is rapidly gaining a cult following. An increasingly prominent name is that of Hong Kong-based artist Viki Chan, who made her mark with paintings on cult Hermès and Louis Vuitton handbags. With a background in acrylics and oils, Chan began working with brands as a freelance designer whose commissions mostly involved digital paintings, while learning the craft of leather painting in her spare time. In 2021, she took part in a group art show at Soho House Hong Kong, where her works were noticed by one of the co-founders of Wear Earthero, a sustainable fashion brand specialising in creating designs from deadstock fabric. “She saw my work at Soho House during a group show, and someone recommended me to her for the project,” says Chan.

“The big tiger leather case, for example, is an LV bag I [customised],” says Chan, “I wanted to tell a story of tigers as endangered species, so I chose a white tiger. The theme was Transformation. I wanted to paint it [in a way] where the bag is slashed-open, and butterflies are flying out, breaking the fourth wall. It [almost feels as
if] the butterflies are 3D, and the tigers are actually on the bag.” The handbag was one of 10 pieces showcased by Wear Earthero at its exhibition earlier this year. “I also wanted to make it an art piece by itself, so you can use it if you want, but you also can display it at home, if you don’t want to take it outside. That’s the beauty of wearable art,” Chan explains.

The pre-loved market was valued at some US$ 26.89 billion in 2020, a modest 1 percent of the US$ 257.26 billion global luxury market in the same year. The big picture suggests second-hand goods are, unfortunately, not yet in a place where they can even hope to offset any of the crises associated with the large-scale production of fashion. On the other hand, any major paradigm shift short of a coup d’état requires a certain incubation period, in which the idea is introduced to the population and slowly makes its way into the public consciousness. According to Chan, this is where we now find ourselves. “Recently, and especially because celebrities are using customised goods, it’s a good trend. Most luxury items are [of] great quality. They’re meant to last. That’s why the pre-loved items we see in stores are in near-perfect condition.” She also points to the growing culture of buying vintage in Hong Kong “It’s nice how, in the pre-loved sections, you can find a lot of nice stuff or pieces that aren’t in stores. That wasn’t possible before in Hong Kong. I feel a big part is because vintage items create a sentimental value, because of the extra connection people have to them. There’s a little story behind the piece that makes it very unique. “The most important point in customisation is creating sentimental value, so the pieces are no longer objects or products. They become works of art that have deeper connections with the artist and client, or the client and the brand,” she explains.

If in jewellery the tradition of customisation is rooted in a concern to preserve precious metals or stones, upcycling – in its theoretic sense – is still something of a novelty. After all, the very idea of discarding precious metals and gemstones sounds absurd. However, some brands are re-evaluating the boundaries of what’s considered “precious” and “appropriate”. Shana Gulati, an independent designer in New York, creates jewellery made from upcycled diamonds.

“It was an accident having fumbled upon [discarded diamonds], and what drew me to them was their whole existence and meaning,” Gulati says. “The fact that [diamonds] would be discarded because they were the by-product of something, in particular, didn’t sit well with me.”

Only about 20 percent of the world’s mined diamonds by weight ends up in jewellery, with the rest used industrially in cutting and drilling. It’s fair to assume the amount of various byproducts – in other words, waste rock – to be staggering, given the scale of gemstone- associated operations, and Gulati has built an entire philosophy around turning what was once considered refuse into treasure.

“There’s something to be said for creating something meaningful and helping revive something deemed useless,” she says. “I love the imperfections. I feel that way about most things in life. That’s where a real, in-depth story begins – in something that never had a given purpose. So you create one.”

Like Chan, Gulati understands the value of sentiment in the eyes of the consumer. Although the human desire to be associated with objects with rich histories is hard to quantify, it shouldn’t be ignored in a market largely driven by emotions and, sometimes, impulses. Gulati believes there’s a demand for sentiment.

“I think there’s a demand for something authentic and unique,” she says. “I’m not sure about upcycled jewellery specifically, but I do see that people want something that isn’t a trend or a fad. They want something that belongs, in some way, only to them. It’s a connection that’s their own, even if it may only be to a piece of jewellery.”