Supreme FW2021: All the Best Looks and Weirdest Accessories to Cop 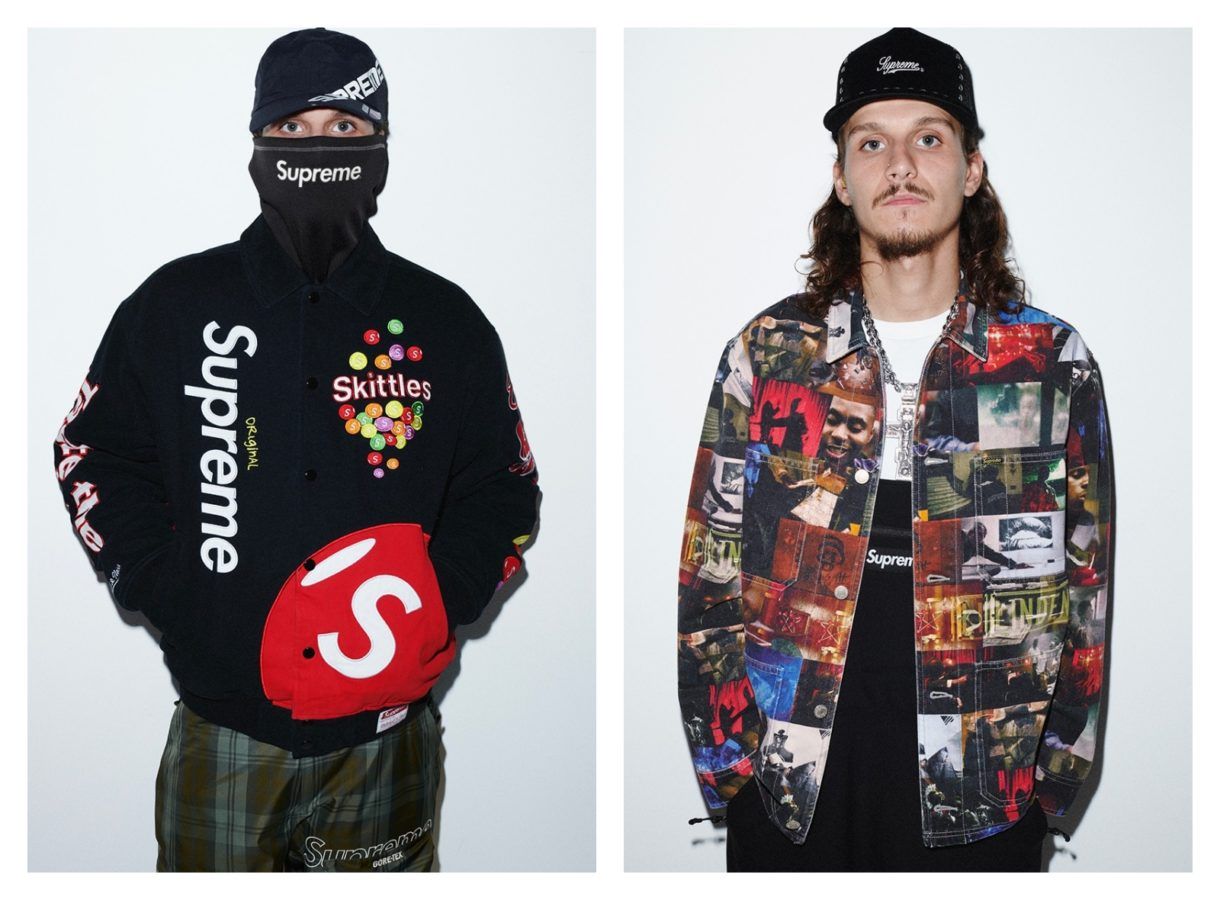 Style
Supreme FW2021: All the Best Looks and Weirdest Accessories to Cop
Share
Next article

The boys at Supreme must have PHDs in Marketing because not long after unveiling its Metropolitan Transportation Authority subway train collaboration, they’ve dropped the brand’s full FW2021 lookbook.

As usual, the pieces draw from the brand’s heritage in New York with art, sport and music influences throughout. Rugged workwear remain to be the foundation again, seeing as denim and heavy duty materials like Gore-Tex still find their way onto a bulk of the pieces here, the latter of which can be found on a padded 700-fill work jacket that’ll take the kids of New York and beyond through winter with plenty of street cred.

Other highlights include soccer jerseys that sport Japanese graphic designer Tadanori Yokoo’s artwork, a whole series of apparel designed with the New York Yankees, and other artsy separates that feature works by graffiti artists Stash and Lady Pink, both revered in the community for their street art.

You’ll also find a few familiar faces on some of the pieces in the Supreme FW2021 lookbook — Rick Rubin, Nas, and DMX were the chosen ones this season, as was jazz legend John Coltrane’s A Love Supreme, which featured on a denim jacket and jeans. Did we mention the streetwear brand also teamed up with Skittles?

If the concept of bizarre tickles your fancy, Supreme has also continued its streak for the weird and fabulous with its accessories collection.

Choice picks for the most cost-ineffective but highly-collectible trinkets this year include a Hästens Mattress in a striking plaid print, a Butterfly Table Tennis table, a frankly quite glorious clear red Gundam RX-78-2 model kit, as well as branded Skittles and spaghetti to go with last season’s Oreos.

Scroll through below for the best (and weirdest) pieces that we’ll be keeping an eye out for at the Supreme FW2021 drop.