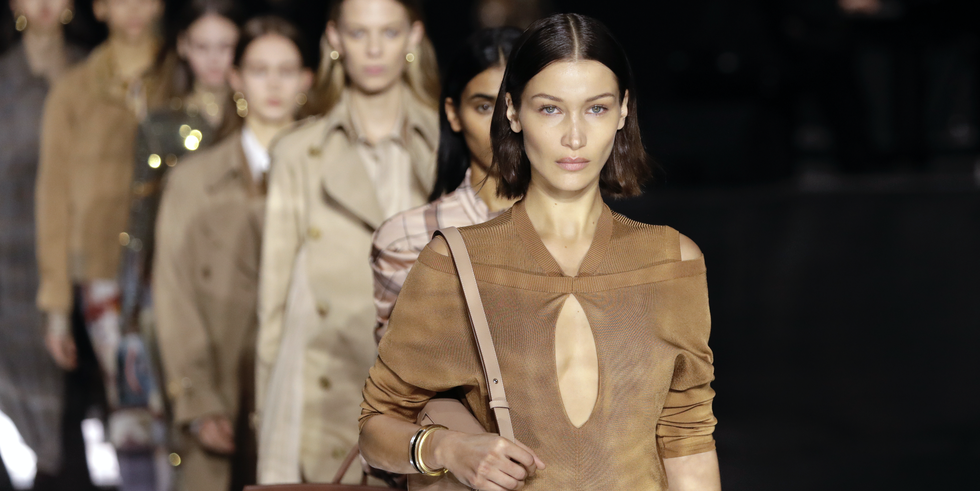 Hot off the heels of New York Fashion Week comes the shows on the other side of the pond. We look to the designers showing at the British fashion capital for the looks of the new season. For those who missed the shows, catch all the action in our recap of the best looks we spotted from the runways of London Fashion Week Autumn 2020.

Burberry Creative Director Riccardo Tisci explores British fashion following the recent Brexit, focusing on the classic English theme with its iconic checks and plaid on suiting silhouettes and sporty separates. The house stayed true to its heritage as its neutral palette of beige, tan and black dominated the catwalk. Unlike its previous shows, Burberry’s line up of models were the most high-profile A-listers with the likes of Kendall Jenner, Bella and Gigi Hadid, Joan Smalls and Irina Shayk.