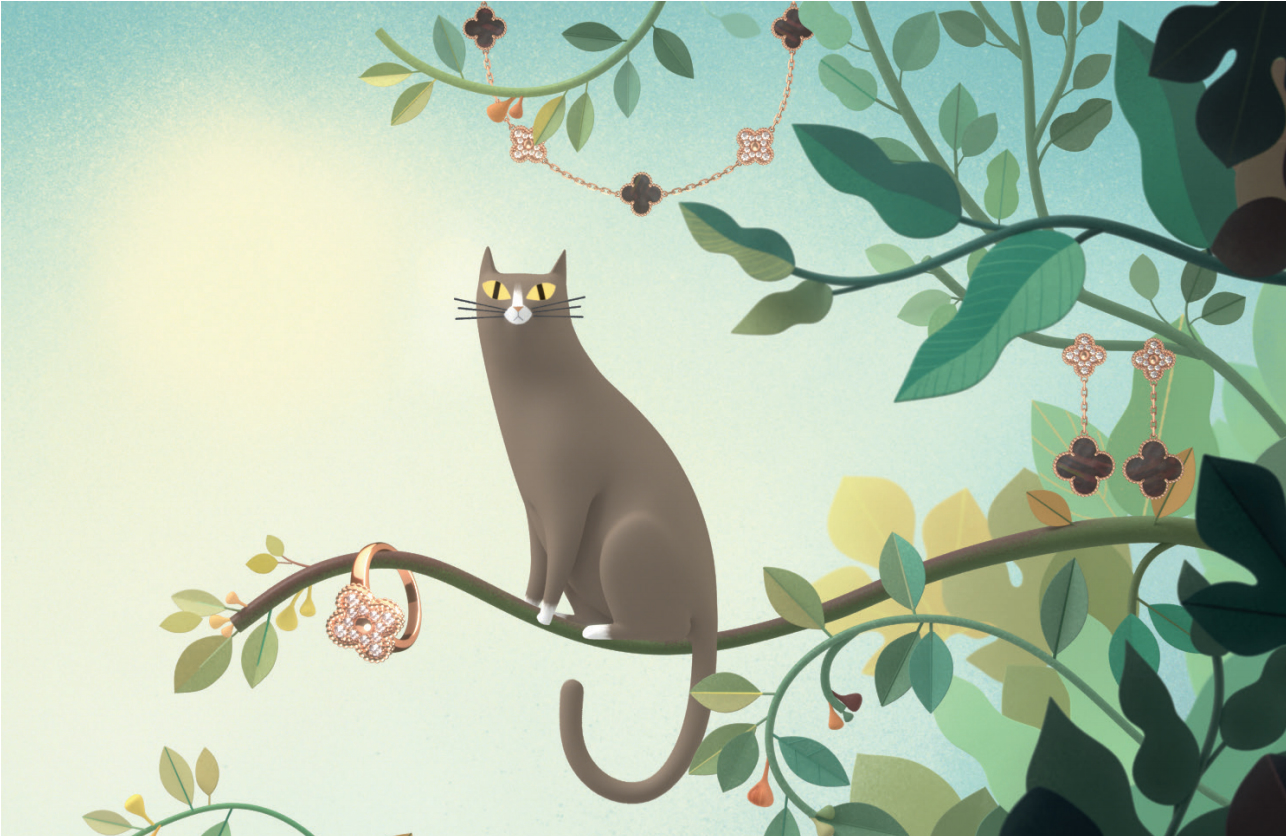 Getting Even Luckier With Van Cleef & Arpels

Style
Getting Even Luckier With Van Cleef & Arpels
Share
Next article

The world becomes a different and more magical place when one feels they are lucky. The things you set your heart on accomplishing start to grow. And if you’re wondering how to catch a spot of luck, a quote from Jacque Arpels might inspire you: “To be lucky, you have to believe in luck.”

A born collector, Jacques Arpels gathered four-leaf clovers in the garden of his house in Germigny-l’Évêque, presenting them to his staff, accompanied with the American poem “Don’t Quit” by John Greenleaf Whittier as encouragement to never give up hope.

Jacques was the nephew of Estelle Arpels, one of the two founders of Van Cleef & Arpels. The other was Alfred Van Cleef. The two, one the daughter of a dealer in precious stones and the other the son of a stone-cutter, came together in love and married, which marked the beginning of a beautiful love story as well as the remarkable labour of love they grew together: the House of Van Cleef & Arpels.

Creating “signatures for which one cares” that are still in circulation to this day, the Maison’s unique and poetic style has withstood the test of time. Greatness has everything to do with it, but could the Maison’s success also be explained because of luck – or a willingness to believe in it?

Luck is a quality that the Maison holds dear to its heart, being something that has guided its footsteps from the beginning, inspiring some of its most exemplary creations. Four-leaf clovers made their first appearance in Van Cleef & Arpels’ records in the 1920s. Throughout the years, they mingled with wooden talismans, lucky charms and benevolent fairies.

In 1968, the Maison unveiled its truest icon of luck: the Alhambra collection. The first Alhambra long necklace that we still see being worn today was inspired by the shape of the four-leaf clover. A harmonious token of luck, it was made up of 20 motifs in creased gold, delicately edged with golden beads. The symbol was an immediate success, establishing itself throughout the world as an icon of luck and emblem of Van Cleef & Arpels. This motif has withstood, embodying the timeless style of Van Cleef & Arpels and the excellence of its savoir-faire.

Fifty years after the creation of the first Alhambra long necklace, the Maison is now presenting new creations that showcase the fluidity and elegance of the design.

The iridescence of grey mother-of pearl is enhanced by the sparkle of diamonds and the gentle glow of pink gold, while the deep black of onyx is combined with white gold and diamonds.

Alongside these dazzling interplay of excellence, two exceptional models are adorned with lapis lazuli and two others with rock crystal, paying homage to the beauty of the stones that have embellished the collection throughout its history.

The collection is split into four themes: Vintage, Magic, Sweet, Pure, Lucky and Byzantine, meaning there is absolutely something for every occasion.

Luck is a type of energy that can be transferred, and is best absorbed by those who believe in it. If you’re in need of some luck, or want to get even more lucky, take note of the belief systems of the lucky Maison, do as Jacques once said and “never quit” and perhaps buy yourself the mother-of-pearl clover to seal your success. Because if you believe you’re lucky enough to have it, then you probably are.

To explore further the beauty of the timeless Alhambra Collection, please visit www.vancleefarpels.com.