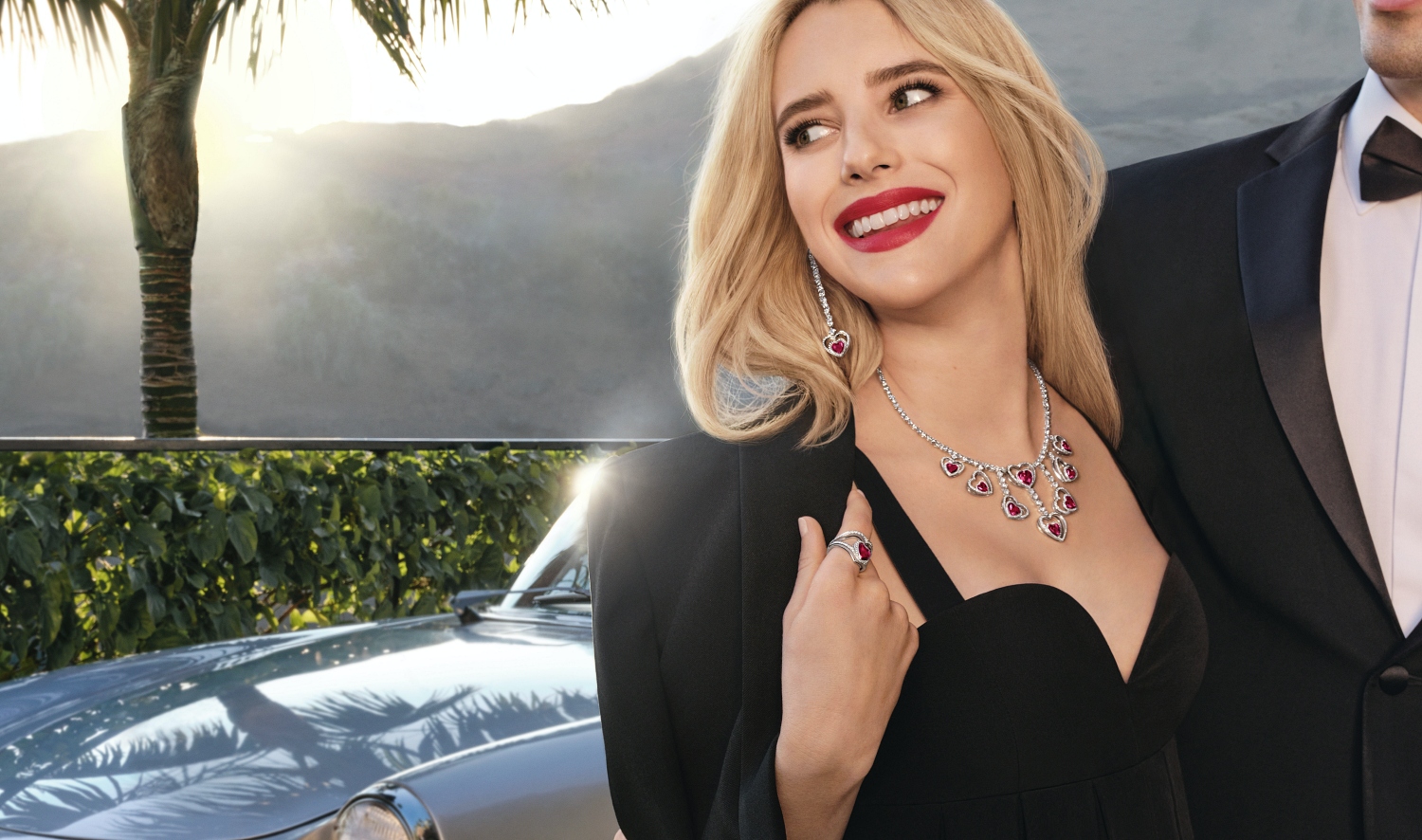 Thirty years after Fred’s ruby and diamond necklace shot to fame on the neck of the beguiling Julia Roberts in the movie Pretty Woman, the jewellery piece has inspired a fully-fledged collection that embodies freedom, audacity, and young love. We speak to Valérie Samuel, artistic director at Fred, about the making of a new classic collection.

Of the many memorable moments in the 1990s movie Pretty Woman, one of the most successful romantic comedies ever to have graced the silver screen, one scene, in particular, has left a stronger impression than the rest. When Julia Roberts’ character Vivian Ward steps out in a floor-length crimson red gown and Richard Gere’s Edward Lewis presents her with a ruby and diamond necklace, it’s perhaps the moment when the world was introduced to Roberts’ vivacious, wholesome laughter for the first time. A child-like wonder and glee permeate her character as, wonderstruck, she reaches out for the necklace, Gere playfully snaps the box shut over her fingers and she bursts heartily into laughter.

A turning point in the movie plot, the scene is also pivotal as it also propelled not only Roberts to fame, but also the name of the jeweller who lent the necklace to the Pretty Woman production team: Fred.

The brand’s founder, Fred Samuel, had been a jeweller since 1936, but it wasn’t until 1966 that the name was established by Fred Samuel’s eldest son. With shops already in Paris and Monaco, Fred’s first US boutique in the United States opened 1977 in Los Angeles on Rodeo Drive in 1977, right in the heart of Beverly Hills and well within the reach of Hollywood celebrities, forging intimate bonds with many within the cinema industry.

It wasn’t, therefore, too unusual for Fred to received a visit from a movie production team seeking to borrow a piece of jewellery for a leading actress, but it soon surprised everyone how significant that piece of jewellery had became.

“We had no idea that the necklace of ruby and diamond hearts they chose would become a special part of the movie,” recalls Valérie Samuel, the granddaughter of Fred Samuel and the brand’s current artistic director, “but it’s unquestionably one of our house’s fondest memories.”

Inevitably, the necklace came to be named Pretty Woman, and it’s served as a major source of inspiration for the brand, reinterpreted many times over the years. But it wasn’t until two years ago that Samuel and her team considered designing a full collection as a tribute.

To Samuel, the rubellite was an obvious choice for the important high-jewellery and jewellery collection, though it posed many challenges. “It brought many constraints,” says Samuel. “We had to find uncut stones that met all the Fred quality criteria, and we also had to find enough of them in the same intense pink-red hue that I picked, so as to provide jewellery for mixing and matching.

“The toughest constraint was that there were only three mines in the world producing rubellite. So, it took us more than two years to source and bring together the finest and purest of these stones.”

But perseverance paid off. The Pretty Woman collection is defined by the uniquely reddish-pink rubellite stones from the tourmaline family, which shift from magenta pink to purplish-red in the light.

The design is also distinctive. In the hollow of each open-worked diamond heart is a second heart-shaped rubellite, elegantly positioned slightly off-centre in an alternating fashion, evoking an unencumbered attitude and radiating youthful energy.

“Even though the collection is inspired by the necklace in the movie,” Samuel explains, “my vision was to capture a distinctive aesthetic – the heart within a heart – as well as by a mindset with Fred’s typical joie de vivre and sense of freedom.”

Samuel’s favourite piece from the collection is the Audacious necklace. The string of brilliant- and fancy-cut diamonds, to which eight rubellite and diamond hearts are attached, is six jewellery pieces in one. The transformative nature of the high-jewellery piece embodies her entire philosophy for the Pretty Woman collection. “It’s several jewellery pieces in one, with multiple ways of being worn and is a feat as technically advanced as it’s mischievously non-conformist,” she says.

“Six of them can be detached, one by one, to create as many different pieces and wearing options: earrings, a brooch, pin and chain necklace. Transformed in this way, the necklace, comprising 554 diamonds totalling 20 carats, and eight rubellites totalling 14 carats, forms a sophisticated and brilliant choker for daily wear.”

Since re-joining the company in 2017, Samuel has designed with the free spirit in mind. Her designs within Fred’s signature collections – which include Force 10, Chance Infinie, Pain de Sucre and Success – have opened up the brand to new silhouettes, styles and declinations, while always respecting Fred’s DNA. “I felt as if I were opening new territories of the brand’s expressions,” she says. “Jewellery to be worn every day, by the free spirit, thanks to the versatility in the pieces for mixing and matching.”

“I wanted to give this major new collection for Fred an energy that’s joyful, stylish and relaxed at the same time. And to allow women the scope to make it all their own, to experiment with it, to dare wearing multiple pieces at once,” says Samuel.

In the fine jewellery line, the striking heart-within-a- heart design is expressed in pink or white gold, in smooth, semi-paved or sparkling in a show-coloured setting, from necklaces sized from mini to XL, chains, ear studs and earrings, rings and bracelets.

Last but not least, the collection needed a muse, and who better to embody the new collection than the niece of the leading lady who captured the hearts of millions in the original movie. “From the beginning, it was our conviction that only the actress Emma Roberts, niece of Julia, could be our Pretty Woman ambassador today,” says Samuel. “It was an obvious choice: she captures perfectly the way of love that the Maison Fred wanted to portray: unconditional, spontaneous, audacious.”