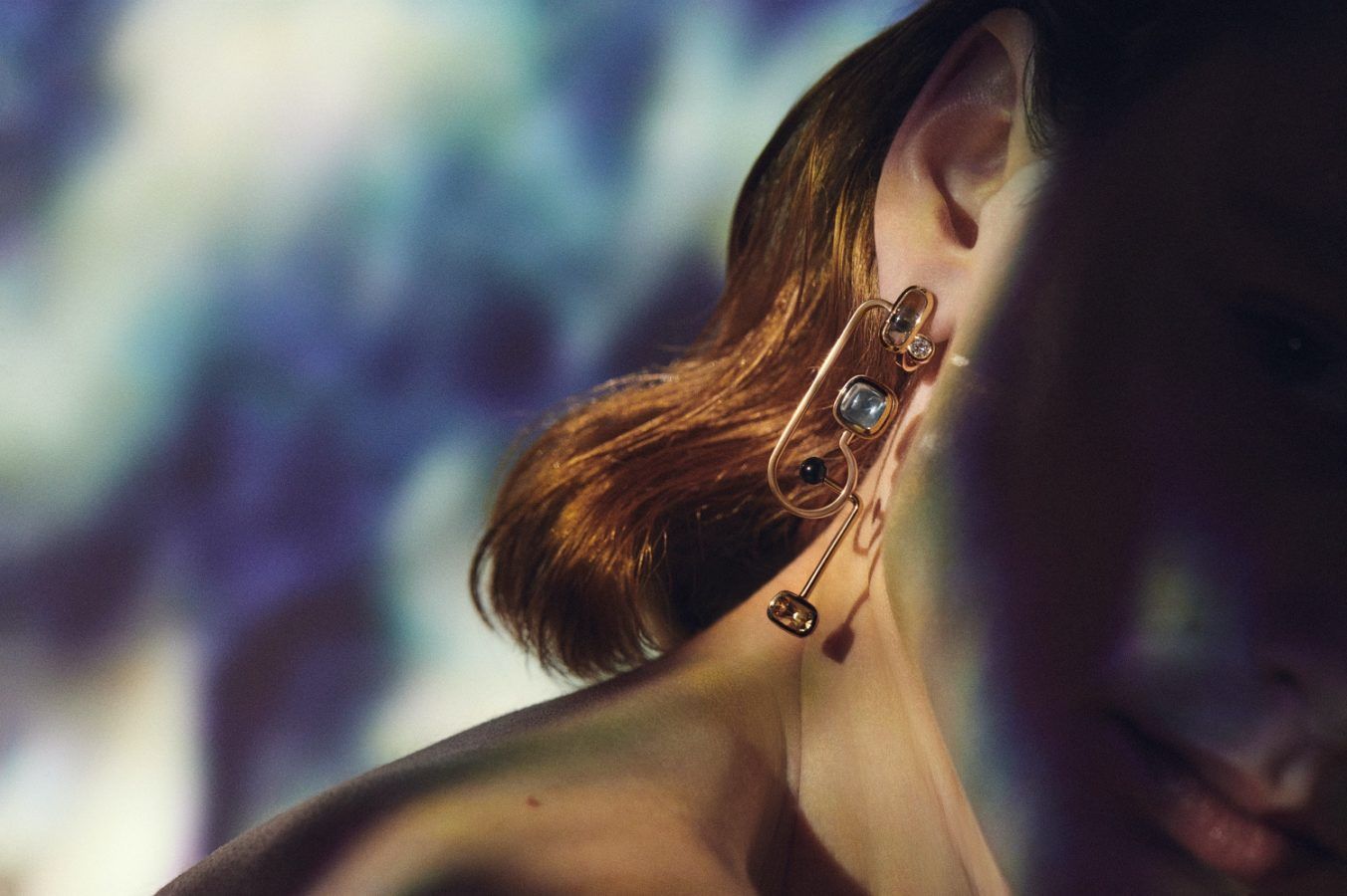 The inspiration for Hermès’ high-jewellery collection, Lignes Sensibles, lies in the attachment one forms with jewellery. Creative director Pierre Hardy tells us how he turned this intangible connection into exquisite jewellery pieces.

His latest high-jewellery collection for Hermès, Lignes Sensibles, started with the most unusual of objects – the stethoscope, the acoustic device used by doctors to listen to the internal sounds and vibrations of the human body. But Hardy wasn’t interested in the aesthetics of the stethoscope, though that would have been quite an unconventional choice. It was what the stethoscope could tell us about our own relationship with our bodies that inspired Hardy, not the tool itself.

For years, Hardy pondered the question why women wear jewellery, and the intimate link we create with the jewellery that we wear. “Consciously or subconsciously, what’s happening when you wear jewellery?” he asks. “When you wear a certain piece on a certain place on the body, why do you choose to wear it and what does it mean to you and to others? It was quite an internal thinking. It was the thinking that jewellery is like a decoration that you wear on the outside, but it makes a link between you and yourself, and the people around you.

“Most of the time, jewellery has a meaning, because you bought it for a special moment, or you’re reminded of a special person. It’s always linked to something very intimate and something very deep inside of you. So in this collection I tried to express all those feelings, sensations and perceptions that we can have through jewels,” says Hardy.

The human connection has always fascinated Hardy. It was a motif he used in his previous collection, the Echaînements Libres, in which he attempted to draw out the human connection between one person and another, through the motif of chains.

For this specific collection, however, it was about the connection with the body. Hardy spent years observing how women wore jewellery and found it a very personal journey. “Some women can’t bear to wear something on their ears, or they hate heavy jewellery. Others love heavy jewellery – they like it when they can feel it, for example. There are so many specific preferences when it comes to jewellery.”

Because of this, the Lignes Sensibles collection features both substantial statement pieces, as well as lighter pieces that are meant to evoke a barely there feeling. When it came to picking the gemstones for the collection, Hardy chose stones that “could be in harmony with the body.

“I tried to keep the harmony with stones that are quite close to the colour of the skin, of the eyes, of the hair,” he says. “Something that’s not a shock, not a green emerald, or a blue sapphire or a red ruby. They’re more like a tint, an in-between. Like eyes, for example – you say blue eyes, but eyes are not blue. It’s a sort of blue. I tried to find in the stones the same subtle shades, tones and textures.”

The most challenging piece to create in the collection was the Contre la peau necklace, a jewellery masterpiece that’s almost mesh-like in its intricacy – a lattice of rose gold and diamonds that sits on the contours of the neck like a second skin.

“I didn’t have a proper drawing in the beginning. I had an intuition,” recalls Hardy. “I told my team that we needed to have something that looked like silk chiffon, but was made of gold and diamonds. I had no design to guide me and I had to go with the flow of the research of the material first and the texture and the structure, and then once we had it, it was fun to give a shape to it.”

The Ondes Miroir necklace, which puts together diamonds in shades of brown, from light to dark and with yellow-orange topaz cabochons and moonstones, was another difficult piece to create, as it required both hardness and softness at the same time. “To find the balance between linearity and curves, and at the end, a soft movement, was quite difficult to achieve,” says Hardy.

But when Hermès reached out to him with the proposal to design its first high-jewellery collection, Hardy saw it as an opportunity. He’d already been part of the Hermès team for many years and understood the house’s shapes, its vocabulary and its heritage. He didn’t know jewellery at that time but, he says with a laugh, that that was exactly the reason why Hermès picked him.
“They told me, ‘Don’t do what the others are doing.’ And it was OK, because when I started 20 years ago I didn’t know what the others were doing,” says Hardy.

“I think that’s why they asked me, because I didn’t know what the rules were. The only advice that Jean-Louis Dumas gave me was that I was to offer a new way, to find the Hermès way to do jewellery.”

Under Hardy’s leadership, Hermès high jewellery has thrived and matured in a timespan that’s relatively short compared to the maison’s legacy in its other departments, and he, in turn, has evolved with it. For one, the use of gemstones, albeit stones that are uniquely Hermès in their understated palette, are going to play a more central role. And secondly, Hardy’s approach to Hermès jewellery has become “more precise and more profound.

“In the beginning, the house was more interested in the shape and the form, but the gemstone now is another impulse. It’s opening new doors to the creations for jewellery at Hermès,” says Hardy. “We’re mature enough and the clients have a better understanding about Hermès, so now we can introduce more stones and diamonds to the collection. Very organically.”

Be it designing shoes and fashion accessories, or something as timeless as jewellery, Hardy finds parallels in both art forms. Designing shoes felt like talking to a woman for a season, he tells me with a laugh. “But jewellery is different,” he continues seriously. “It’s deeper. I don’t know if it’s a need, but it’s almost like a demand.”

At the end of the day, it was about the way the accessories interacted with the body, about the relationship one has with these objects we’ve deemed precious, and what they mean to us. It’s how these pieces make us feel when we wear them and walk in them. “It’s always about addressing the woman’s body,” says Hardy. “I think it’s my interest, in the end.”