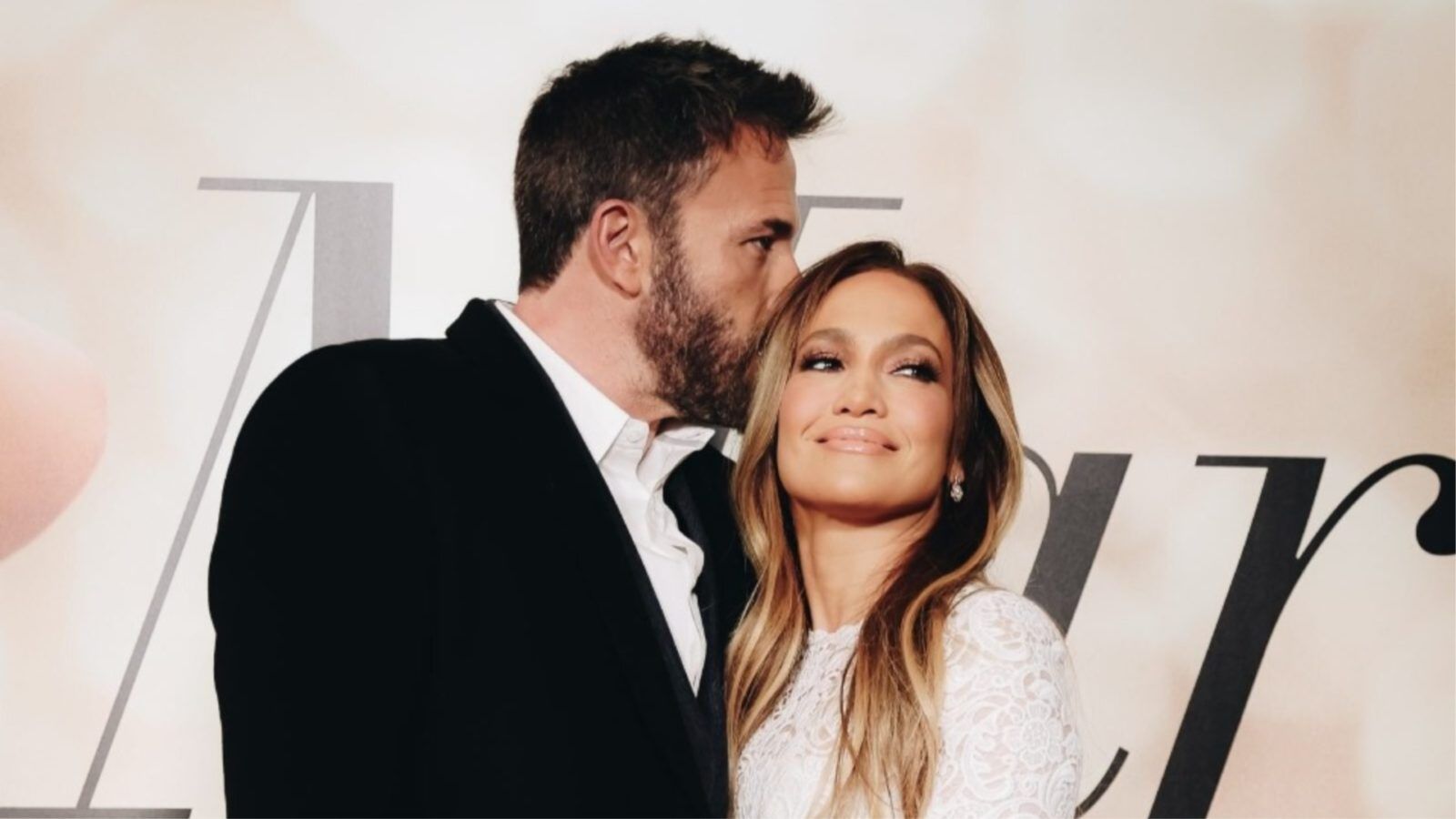 Nearly a year after Jennifer Lopez and Ben Affleck rekindled their romance, they are officially headed for the aisle (again!). Days after the bride-to-be was photographed wearing a sparkler on her left ring finger, she took to her newsletter, On the JLo, to confirm the news. In it, the singer and actress posted a video which captures her, clearly emotional, as she admires the unique engagement ring — the stunning piece boasts a centre green gem flanked with two diamonds.

Lopez has since posted a video on her Instagram grid, directing her fans towards her newsletter announcement (“I have a really exciting and special story to share,” she says in the footage) and her representative has affirmed the happy news to People—plus, her sister, Lynda Lopez, took to Instagram stories to share her warm wishes for the future spouses (and share an image of her rock!). While Affleck and Lopez have yet to make an official announcement to their fans or reveal more about the actor’s proposal, the public duo will likely do so in good time.

As for the symbolism behind the singer and actress’ new favourite accessory? In a previous newsletter, Lopez shared her deep connection with the shade green. “I always say the colour green is my lucky colour,” she wrote, nodding to the Versace gown that she wore to the 2000 Grammys and an art piece, which depicts a green hummingbird, that hangs in her office. “I’ve realised there are many moments in my life where amazing things happened when I was wearing green.”

This marks the couple’s second engagement. They previously began dating in the early 2000s, and got engaged in November 2002; under a year later, just before their slated September 2003 nuptials, the pair postponed their wedding just days before it unfolded. They officially ended their relationship in early 2004. Today, both Affleck and Lopez recognise and honour their history—and note that their past has only made their present-day bond stronger. “We’re older now, we’re smarter, we have more experience, we’re at different places in our lives, we have kids now, and we have to be very conscious of those things,” Lopez told People in February.