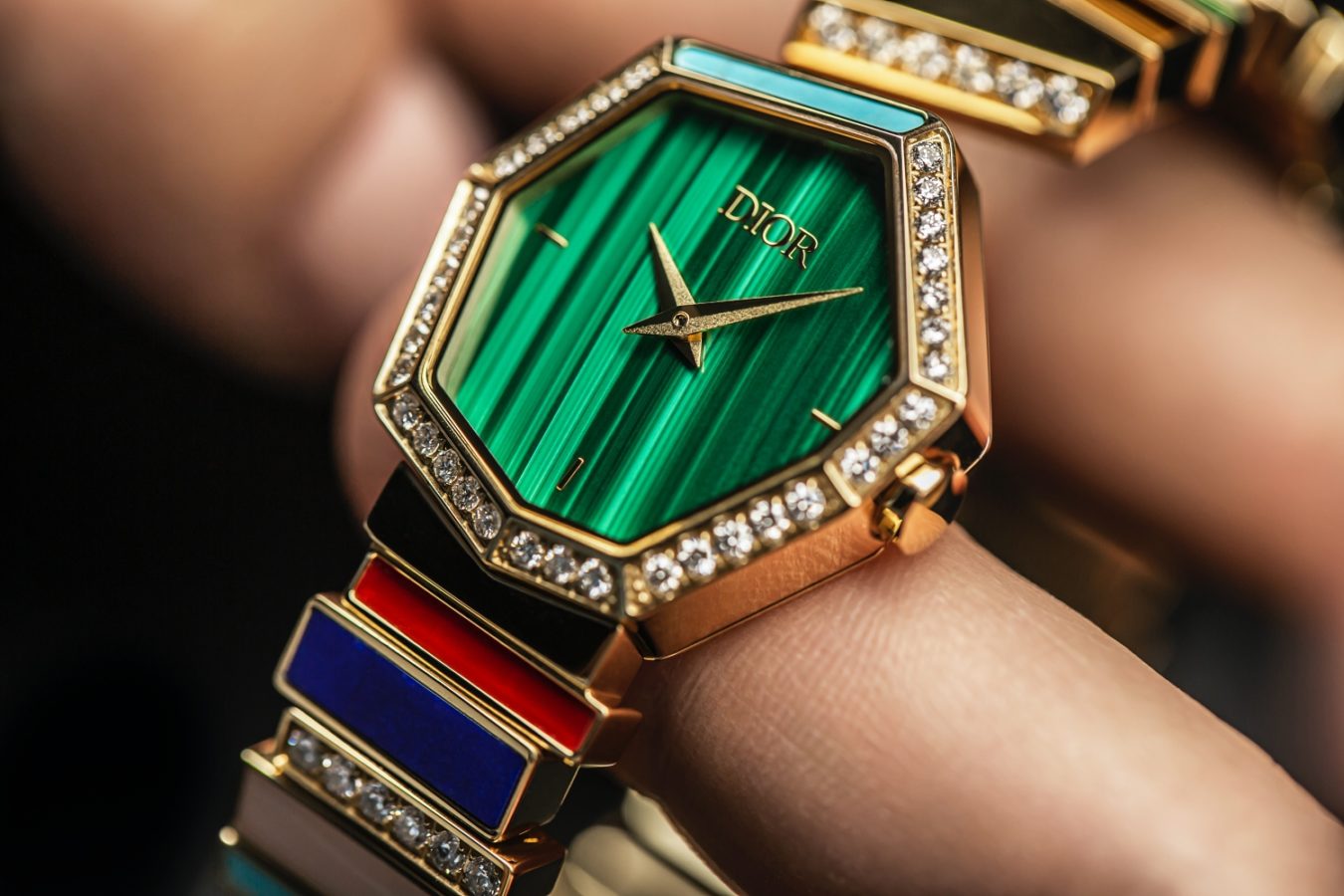 When I asked Victoire de Castellane what it felt like to have celebrated 20 years at the helm of Dior’s jewellery and watch department, she implied, quite offhandedly, that it was a short time.

“I hope to be there for its 40th anniversary,” she said. But perhaps she’s right: 20 years can seem such a short time when the Dior archives are so rich and when there’s still so much to take inspiration from.

De Castellane had worked alongside Karl Lagerfeld for 14 years before she was tapped by Dior to develop and launch the brand’s jewellery division. “[Lagerfeld] taught me to work according to the identities of a house and to work seriously while having fun,” she says of her time learning under him.

Since de Castellane’s arrival at Dior, she’s found inspiration in all the house’s identities and developed themes that we now know and love: the garden, the grand balls and couture. If you’ve ever had the chance to read the beautiful narratives that are written for each of the collections, each is like a new chapter of the founder, Christian Dior’s, legacy. It’s an important element for de Castellane, who says, “I like to tell the stories of the identities of the house and transform them into jewellery.”

The latest chapter is Gem Dior, an original collection of seven watches and 11 pieces of jewellery that takes its name from the high-jewellery collection launched by the maison just two years ago. We all know Dior’s famous tagline “J’adior”, a play on the French j’adore. Gem, similarly, is a euphonious nod to j’aime, French for “I love”.

The style of the collection is something de Castellane calls “abstract-organic”, a mix of elements that can be found in both couture and in nature. “I wanted to move on to abstract, but it’s always an organic abstract that breaks with figurative creation,” she says. “I saw plates of tourmaline in octagonal and irregular shapes that inspired me for the watch dial. I’d also seen colour samples in the Dior archives that reminded me of the idea of strata.”

From this union of nature and couture, Gem Dior is distinctively nothing like you’ve seen from Dior before. The watches, with their unique case designs inspired by the natural shape of minerals, is particularly unique. As a completely new collection, it’s also a complete departure from the shape and form of the La D de Dior watches, which has been a mainstay in Dior’s collection for so long.

The new collection was a long time in the making, according to de Castellane. “I’d had the idea in mind for a long time and I was just waiting for the right moment. This is a new chapter for Dior jewellery and Dior watchmaking. Gem is an original watch, closer to a jewel, and doesn’t parasitise the La D de Dior watch.”

Gemstones are always the starting point for de Castellane. But whereas the La D de Dior watches had the dial set with a single precious stone, Gem Dior was about the colour of gemstones, and how they all came together. She loves gemstones of all kinds, so when I ask about her favourite gemstones to work with, she replies, “All of them together.”

The Gem Dior collection is exactly that – all the gemstones together. “For me, colour in jewellery is very important and I adore using all the stones, especially hard stones,” de Castellane says. “We might say that there’s also a coherence in my work in relation to the different collections. We can also discover families of stones, depending on the jewels and watches.”

The way the bracelets in the collection are designed is an absolute statement in creativity. De Castellane drew inspiration for it from the way in which Christian Dior pinned fabric swatches from his haute couture shows on to sheets of paper – ribbons of colour pinned against each other, a commotion of hues that’s chaotic yet elegant and sophisticated.

Forming the asymmetrical geometry of the pieces posed a technical challenge to the team at Dior. “It was necessary to work on the airiness, the structure and the comfort of the pieces in addition to the construction,” de Castellane says. “And, of course, to find the right stones.”

The focal point of the Gem Dior collection is perhaps the yellow-gold watch, with its octagonal case with cut-out sides set with turquoise and diamonds around an intense green malachite dial. The colourful affair extends to the bracelet, on which slices of the ornamental gems are brought together, much like the strata of sedimentary rock, an asymmetrical wave that’s designed to be worn on the wrist as if it’s an open cuff.

“I’ve used malachite, lapis lazuli, mother-of-pearl and cornaline. There’s some pink opal and tiger’s eye. I’ve selected stones and coloramas according to what I’ve found naturally. With the colour groups, I played on a multi-coloured effect, but I also considered the colour shadings,” says
de Castellane.

Six other versions of the Gem Dior watch are available: in steel and black mother-of-pearl, in pink gold and full diamond pavé, in gold and steel and lapis lazuli. The watches also come with an interchangeable black leather strap for a relatively more toned-down look.

The strata motif is carried over to the jewellery, with the highlight also being the coloured gemstone pieces. The yellow-gold ring and bracelet comes with deliberately misaligned links in gemstones of blues and greens – lapis lazuli, malachite and tourmaline – and a sprinkling of diamond, for a wonderfully cool-toned piece that has just the perfect touch of glamour.