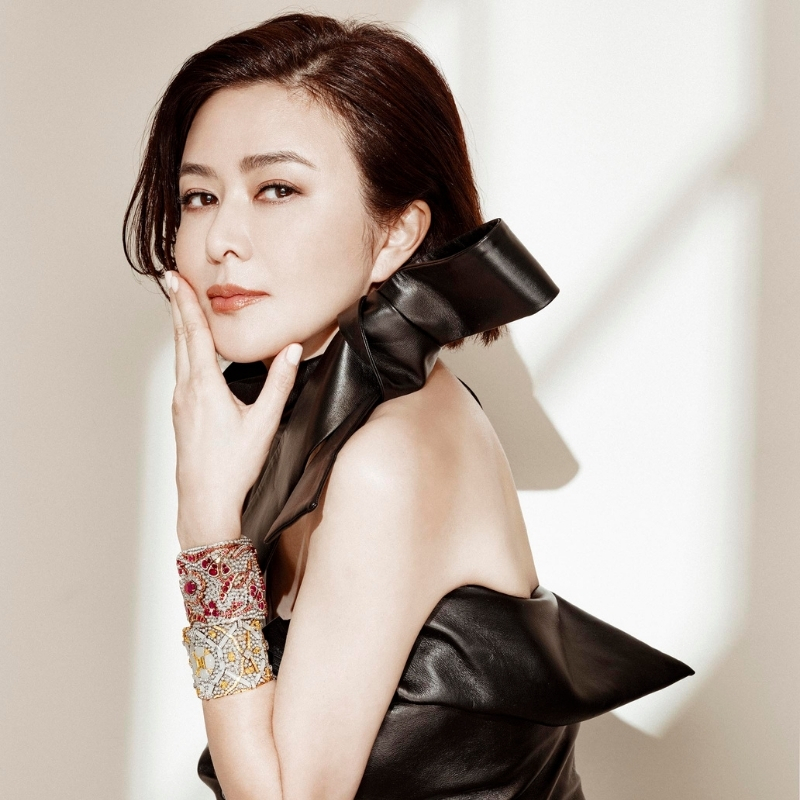 For more than a century, the Boghossian name has been associated with precious stones and fine jewellery. We examine how other material and influences, notably ceramics and even religious manuscripts, have informed its designs.

Since its inception in 1868 in Mardin, an ancient town in southeastern Turkey that was once an important trading post along the Silk Road, Boghossian has become a pioneer of high-end jewellery skills, such as the “inlay” and “kissing” techniques. These skills have become signature features of the house’s collections, along with the use of rare stones and exquisite diamonds.

More recently, Boghossian has been inspired by art forms from antiquity, such as a bracelet inspired by a 15th-century German manuscript that’s adorned with rare coloured diamonds and natural button pearls. Transforming a hand-written religious manuscript into a bracelet had never been attempted in jewellery, and the sophisticated craftsmanship and technical prowess that went into the creation of this piece saw it fetch a world- record price per carat for a coloured-diamond bracelet at Christie’s 2018 Magnificent Jewels auction in Hong Kong.

Following the original Manuscript Bracelet, Boghossian has gone on to create four more unique bracelets based on the theme of metamorphosis. Citing contemporary Chinese artist Zhan Wang’s stainless-steel scholars’ rock and Vik Muniz’s reconstructions of Impressionist masterpieces in collages of torn magazine pages as examples of this, the maison has taken inspiration from art forms seen in the Near East as a tribute to the birthplace of Boghossian and transformed these into jewellery. Some of these pieces are literal, while others are interpretations of the spirit of the source, revealed in extraordinary jewellery creations.

One example of this is the Iznik Rouge, a stunning interpretation of motifs taken from tiles found in Izik, a historic town on the eastern shore of a lake of the same name in the Turkish region of Anatolia. The city possesses a remarkable heritage of cultural, architectural and artistic masterpieces from the Byzantine, Seljuk and Ottoman civilisations. Since the 15th century, pottery has flourished in Iznik thanks to royal patronage, and can be seen in the homes and entranceways of homes of the wealthy. These detailed and colourful ceramics are extremely valuable: in 2006, a Christie’s lot of 15th- century Iznik pottery dishes sold for more than US$500,000.

The femininity and elegance of flowing and intertwined leaves and flowers in the tiles are unmatched in Boghossian’s interpretation of them in two bracelets, Iznik Rouge and Iznik Vert, the colour scheme having been determined by a parcel of old Burmese rubies and an exquisite flower-shaped emerald. In Iznik Rouge, 7.28 carats of oval-shaped Burmese no-heat rubies and 30.78 carats of multi-shaped Burmese no-heat rubies are placed along with pearls and diamonds to create an exquisite bracelet. The similarities between an Iznik tile found in the Islamic Art Museum of Doha and the Iznik Rouge, with its floral and leaf motifs intertwining on a background of pearly white, are clearly visible. With its discovery of an exquisite 4.49-carat flower-shaped emerald, Boghossian created the Iznik Vert, which features 3.22 carats of pear-shaped emeralds as well as 3.15 carats of pearls and diamonds. The challenge of capturing the movement of the calligrapher’s pen was daunting, with many fine corrections to try and replicate the original inspiration. Continuing to draw inspiration from golden ages in art, Boghossian also created a bracelet inspired by the Safavid Empire in the 16th century, considered to be one of the most glorious periods in Persian history. The empire introduced modernity to the country, which is evident in an excellence in metalwork, painting and the manufacture of textiles and carpets. A more indirect approach to metamorphosis was taken in Boghossian’s Safavid bracelet, which was inspirated by the inventive way in which painters of the Safavid court famously delineated the divisions and borders around their vast territory with meticulous decorative details. Similarly, in Boghossian’s Safavid bracelet, a sumptuous 26.30-carat midnight-blue Burmese sapphire has been given an antique mother-of- pearl border of tremendous intricacy. Calligraphic corner elements in diamonds and pearls complete the design, separating sections of the bracelet with woven oriental pearl bands.

Last but not least, the fourth iteration in Boghossian’s collection of exceptional bracelets is called Andalusia, a title derived from the name given by Muslim rulers to their Iberian territories until the 15th century. The bracelet showcases the most enduring influence of Islamic art that can still be found in the architectural tilework, or azulejos, of today. The design of this bracelet, which was inspired by a visit to the Azulejos Museum in Lisbon, endeavours to capture the visual delight of the multi-tiered and interlocking geometric shapes of the tiles, with 3.05 carats of square-shaped intense yellow diamonds, and 14.83 carats of fancy-shaped intense yellow diamonds intertwined with pearls, diamonds and jadeites.

Shop: These Jewels are Made for Stacking