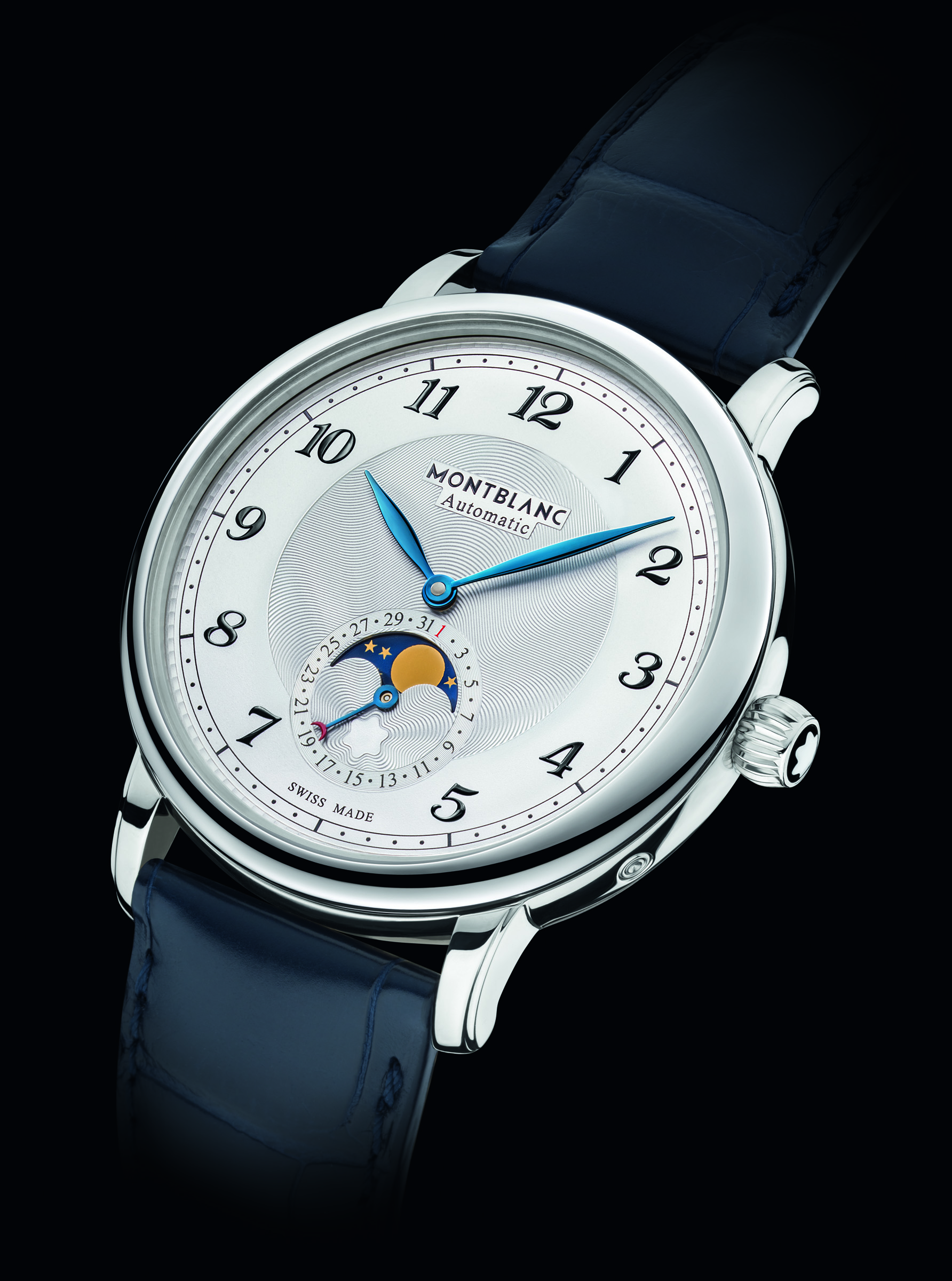 Why We Love This Montblanc Moonphase

Style
Why We Love This Montblanc Moonphase
Share
Next article

It took quite some time for enthusiasts to accept that Montblanc, founded in Hamburg in 1906 and for years most famous for its Meisterstück fountain pens (which the company insists on referring to as “writing instruments”), could be taken seriously as a manufacturer of high-end watches. The latter, in fact, date back only to 1997 and the decision – which in retrospect seems remarkably prescient – by the company’s owners, the Swiss-based, South African-owned luxury conglomerate Richemont, to diversify beyond its then-core offerings, that also included leather goods.

As if to prove Montblanc’s seriousness in this endeavour, it began by setting up an atelier in the Swiss town of Le Locle and hired master watchmaker Thierry Pellaton to oversee the development of a range of timepieces. That in itself may still have been insufficient to convince the doubters, but when Richemont – after a competition among its portfolio of watch brands – handed Montblanc the management of the old-established and highly regarded Minerva manufacture, which it had bought in 2004, even the most confirmed sceptic was forced to take note.

While the current Montblanc range still encompasses quartz watches (nothing wrong with that; they keep excellent time) as well as the more recently introduced smartwatches, the storied Minerva legacy has become increasingly apparent – and rightly so. Thus, Montblanc can confidently reach for the horological heights with the likes of the Star Legacy Suspended Exo Tourbillon, a limited edition of 58 pieces previewed at last month’s SIHH in Geneva, the 1858 Geosphere Limited Edition, of which, er, 1,858 examples will be made, and the 1858 Monopusher Chronograph, which is powered by a Minerva-developed MB M13.21 movement and will be made in a run of just 100 pieces.

Perusing the brand’s novelties at SIHH, however, I was utterly won over by something much less complex: the Montblanc Star Legacy Moonphase. Now we all know that while a moonphase is one of the most pointless watch complications known to man, it can also be one of the loveliest – and on this elegantly proportioned, 42mm stainless-steel timepiece with guilloché dial and blued hands, it’s not only an absolute beauty but is also surrounded by a circular date display at 6 o’clock that’s practical as well as pretty.

At the heart of the Star Legacy Moonphase is the MB 29.14 calibre, which, as any watch nerd will tell you, is based on the SW300-1 made just down the road by Sellita (and is itself an alternative to the ETA 2892). Although industrially sourced, this tried-and-tested workhorse is as thoroughly reliable as a movement can be – and in the unlikely event you get tired of looking at the dial, you can turn the watch over and admire the mechanism through a sapphire on the back. And as a final elegant touch, this peachy moonphase is strapped to the wrist with an alligator strap from the Montblanc Pelletteria in Florence, which is yet another dividend from bringing everything in-house.

This is a gem of a watch that you won’t need to take out a mortgage for. And I, for one, will be eagerly on the lookout for it when it reaches the stores in a few months’ time.