Subconscious Couture: in Conversation with David Peereboom, Founder of NFA 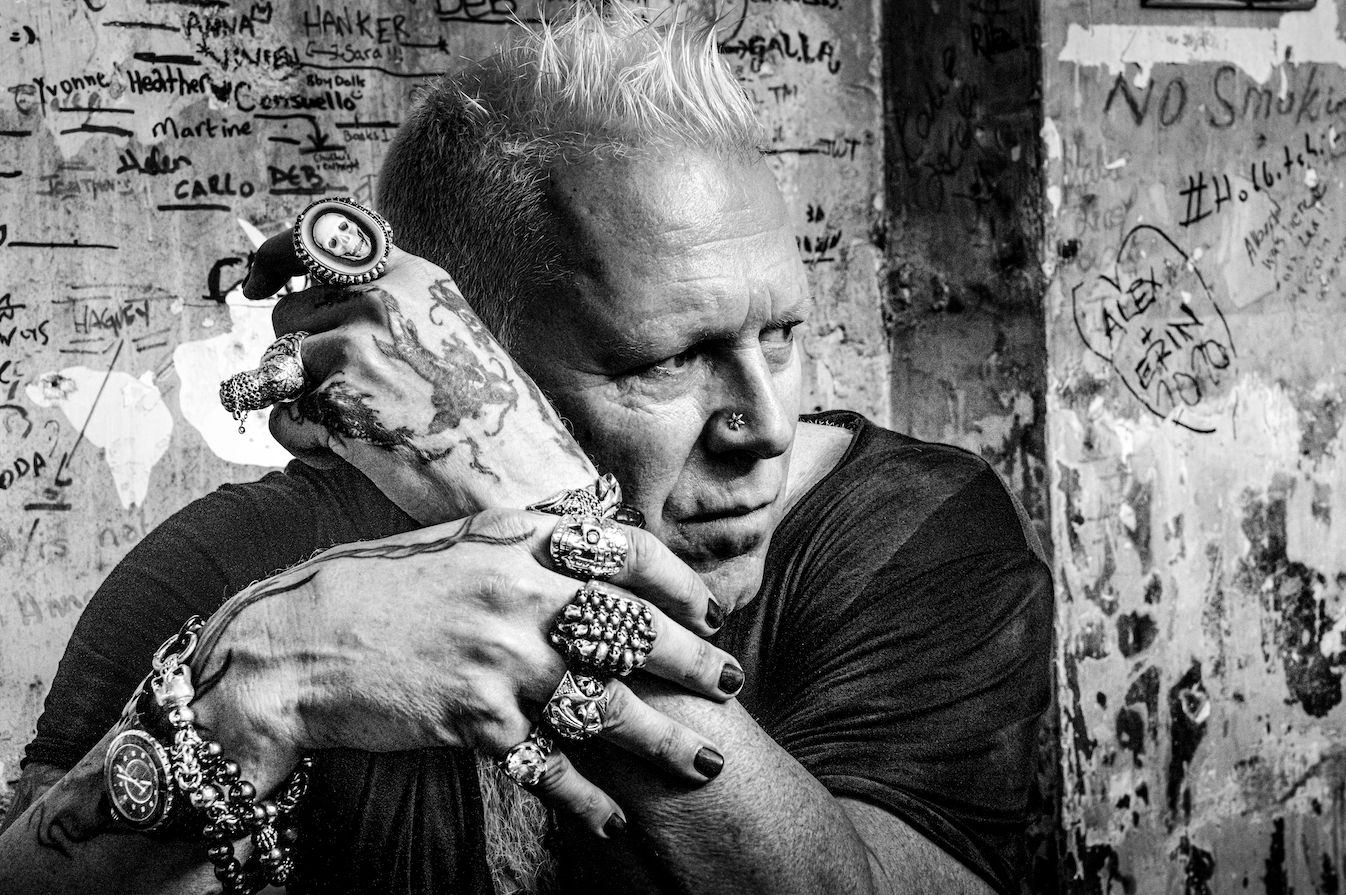 How does one decorate their subconsciousness? Founder and designer of jewellery brand NFA, David Peereboom, has the answer

I remember going to a jewellery exhibition in late spring – the press release that had landed on the digital lap of my WhatsApp persona showed fantastical, macabre pieces of silver, onyx diamonds and cameos. There was a bracelet that looked like it weighed ten pounds at least. And, because I hadn’t been to the gym that day, or the week before that, or the week prior, I took myself to the Gallery Oi Ling where the exhibition was taking place, in the hopes of trying that bracelet on and adjourning the inevitable muscle atrophy of my frail forearms until at least early summer.

At the exhibition, I met David Peereboom, founder and creative director of the brand the mind-haunting jewels belonged to. NFA is the name. How was I hoping for it not to be some obscure football reference beyond my comprehension. My prayers were answered. NFA stands for ‘No Fixed Address,’ Peereboom explained to me a month later when we, at long last, met for the interview.

Peereboom’s creations, contrary to one’s assumptions, do not submit to a straightforward aesthetic paradigm, like ‘gothic’ or ‘Victorian’ or ‘neo-classical’. Instead, they are what the designer calls, “subconscious couture”. “My style is in bringing out the inner client and saying, ‘what is your subconsciousness?’ All of a sudden, you’re a rock star, a movie star. There’s something inside that comes out,” he explains. Accessorising subconsciousness is a gold mind left largely unattended ever since the golden age of jewellery couture had summoned to oblivion after the invention of mainstream fine jewellery brands as we know them.

Peereboom’s love affair with jewellery began in his early teens when he got his first nose piercing, “That’s me saying I’m a tough guy. Or I am a movie star, whatever it may be,” he laughs. “I am a storyteller,” he adds, “My medium is metal, silver and gold and shiny stones,” Peereboom recalls the time his mother had a revelation that stuck with him for the better part of five decades. “At one point in my life, she said to me, ‘you’re going to be famous with your hands’,” he says, “At the time, I was a goaltender in ice hockey. And I thought I [will be catching] pucks or a living,” he laughs.

The latest collection, Broken, explores the concept of repair, drawn upon something as ordinary as a fence. “I saw a fence many years ago,” Peereboom says, “And, rather than fix the fence, they stitched it back up. There was a whole bunch of wires. The solution was to fix it, not complain about it.” The range features heart-shaped pendants, rings, and necklaces, all with a stitch motif executed in silver and gold. The concept reminded me of Japanese kintsugi – the art of repairing broken ceramics with lacquer mixed with gold powder.

And then there are skulls – precisely the reason one can be excused for mistaking NFA creations for ‘gothic’. Associations of rock musicians and bikers come to mind, and deceptive they are not. “When I started sketching. I had one brother highly entrenched in the motorcycle world,” Peereboom recalls, “My mother saw some of my [skull] sketches. I had to convince her that it’s okay.” “The skull to me is raw humanity,” he adds, “It’s in each of us, [we are] born with it [and we will] will die with it. And there’s no way, unless you’re a palaeontologist, to look at a skull and tell [who it belonged to]. They could have been rich, poor, black or white, gay or straight.”

All pieces sold under the NFA moniker are hand-crafted and sketched by Peereboom himself. His frighteningly seductive couture collection features a plethora of cameos depicting, once again, skulls. “People who make my cameos take six to eight weeks to carve one piece,” he says, “I’m sure there’s some sort of laser cutting machine or something that can do it in 20 minutes.” He then reveals that the symbol was there as a memento of his late mother. “I had just applied the skull because my mother had a cameo.”

Our conversation swiftly veers off the jewellery itself into the realm of high matters – turns out we both enjoy philosophising, although this author’s ability to do so is primitive at most. “We’re born artists, we sing before we speak, we draw before we can spell,” says Peereboom, “The trick is [in] keeping that. Do I agree with all forms? No, but that’s my opinion. if I can accept artistic expression, then I have to accept how people look at art. We all started that way. Something happened along the way, where people [started applying] their axioms.”

“Why do you wear six rings? Because I forgot the other four today,” he illustrates the point laughingly. The topic of originality and authentic artistic expression has been debated for millennia – far and wide. Remember Shakespeare drawing direct inspiration from the manuscripts of another author? Or how about the uncanny similarities between Celtic legend Tristan and Iseult and Pushkin’s Ruslan and Ludmila, written six centuries later? “I encourage originality,” the designer says, “if I was to design the coke bottle, it [would] probably look something like [the existing one] because it’s in my subconsciousness.” He elaborates by enlisting the real vs lab-grown diamond debate as an example, “Unless I look at it properly and see the little bit of nitrogen that’s left inside, I can’t tell [the difference]. Both are real,” he adds, “I want the longevity. it’s the numbers game. There are going to be fewer real diamonds out there. I have nothing against lab diamonds. But, to me, it says Geppetto [who’s] carving these wax moulds is out of a job all of a sudden.”

And just like that, a place with No Fixed Address keeps guard of the forgotten ways.